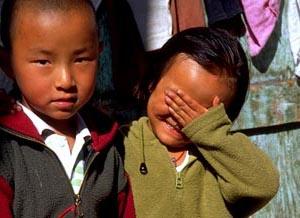 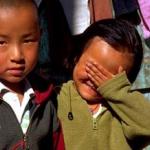 Facts about the tiny Himalayan kingdom of Bhutan

Bhutan, which will move to a democratic government in 2008 after 100 years of monarchy, lies nestled in the Himalayas between India and China with one of the world's smallest and least developed economies.

Most of its largely Buddhist population live by subsistence farming, animal husbandry and forestry. A mainstay of its farm output are hot peppers used in the national dish of melted cheese and rice called ema datse.

Around 100,00 ethnic Nepalis who claim Bhutanese citizenship have been living as refugees in United Nations refugee camps in Nepal since 1991.

1907: Britain recognises the monarchy on December 17. The day is celebrated as the National Day of Bhutan, which is also known as the Land of the Thunder Dragon.

1971: The United Nations recognises Bhutan as a sovereign state.

1999: The country allows television broadcasts for the first time, following people's demands that they be able to watch football's World Cup.

2005: On March 26, the king distributes a draft of Bhutan's first constitution, asking his people to review the paper.
2005: Less than nine months later, Wangchuck promises to abdicate power in 2008 when monarchy will be 100 years old.

A Call for Chopsticks