Above the Clouds in East Timor 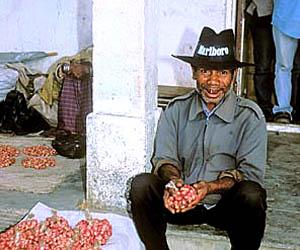 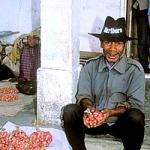 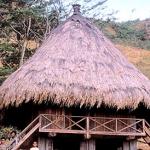 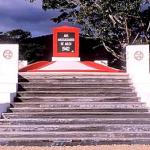 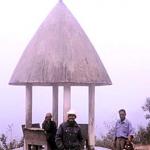 Getting of the beaten track in the newly independent East Timor is an exercise in exploring the unknown. The only guidebooks are the people, the history and the struggles of the last 400 years etched into their weather-beaten features. The journey itself is a "trial by ordeal", as the makeshift mountain roads struggle to contain the gung-ho driving antics of people who are much more at home on horseback than behind a steering wheel.

Taking my life into my hands in a car rented from a backyard operator, I head out of town on the Aileu-Maubisse road, towards the rugged hills that fracture the East Timorese countryside south of the capital Dili. The road was at least upgraded to bitumen in the 1980s, by the Indonesian invaders. But this is bitumen like you've never seen before. The road twists and turns upon itself like an itchy snake, with yawning, unfenced precipices falling away to either side of the road. In places, great humps and seismic shifts in the pavement have simply been tarred over, without the road having first being graded. What should be an easy drive becomes a veritable workout in road-surfing.

When the Aussie journalist John Martinkus travelled this road in 1989, he noted that "the road had not been maintained for a long time. The early wet had already caused some big landslides; the road had fallen away down the side of a mountain". It is tempting to think that nothing has changed since then.

After a couple of unmissable photo plus a few false turns and time-out to ask directions, I'm on the road to the village of Aileu. It soon becomes apparent that the trip will take a little longer than expected. From one vantage point, the view is particularly spectacular. The hillsides enveloping Dili and its bay look like the curling arms of an octopus, with hilly ridges like giant scales on its tentacles.

Up in the hills, altitude means attitude. Houses defiantly sport Che Guevara and Xanana murals, the formerly Marxist roots of the Timorese independence movement being nowhere more remembered than here in the countryside. Villagers wearing Bob Marley T-shirts play guitars on their verandahs, a single chord being elongated to fill out a whole leisurely afternoon.

Sadly, I never get to photograph a colourfully uniformed gentleman on horseback, who is riding alongside the road. While reversing, the wheels of my car drop off the road into a ditch that might more properly be described as a canyon. Two hours later, with the help of the locals plus nature, in the forms of tree branches, rocks and cairns of stones, the vehicle is back on the road, and I'm oozing sweat like a waterlogged hippo.

It is time for a tuak stop. Tuak is a crude, rude palm wine, sold out of 10-litre jerry cans by the local Mambae people. "Lima ribu", says the stall owner. Five thousand rupiah (50 US cents) a glass. People in the countryside still use the old Indonesian terminology rather than the newer US currency, with which they are still decidedly uncomfortable.

Other requisite stops include plenty of gape-breaks, when the totally amazing presents itself - such as a warrior-clad cowboy with Che Guevara medals on his chest, riding a pony along the roadside. In the village of Uraho, locals relax in the mists under a traditional-roofed bus shelter, waiting for a bus that, one suspects, will never come. In the town of Aileu, a cemetery commemorates the deaths of Portuguese officers during the Japan occupation of World War II. Unforgivably, the thousands of Timorese who also lost their lives during the occupation don't seem to rate a mention.

The cool highland town of Maubisse is an area of great scenic beauty - a hill station that never rises above its station. Home to the local Mambai people, the town has an excellent mountaintop pousada (a Portuguese-style inn), offering plush accommodation. From the inn, it's a long but scenic walk down to the town centre.

The community church of Maubisse may offer some clues as to why the Timorese are such devout Catholics. In few other countries has the Church managed so thoroughly to accommodate itself to the indigenous beliefs of the people. This process has been assisted the ancient Mambai view of the cosmos. In the Mambai cosmology, the "younger brothers" (who came to include the Portuguese colonialists) were to be responsible for "outer" worldly affairs, while the "older brothers", the Mambai, were to be the custodians of "the rock and the tree."

Outside the community church stands a totem pole studded with buffalo horns, just one of many symbols of the lulic animist faith, which combines belief in spirits with ancestor worship. The church was itself a refuge in troubled times. During the Indonesian era the selfless priest of Maubisse, Father Mateus, openly sheltered refugees in the church, while he boldly faced off the local police and militia heads.

Above the marketplace of Maubisse, a simple cross in the town cemetery is a poignant memorial to three decades of conflict between all three factions in the Timorese civil war - the Fretilin independence movement, the pro-Indonesian forces and the pro-Portuguese faction. One of the graves, its headstone intentionally blood-streaked, commemorates Benjamin Soares, just one of more than 200,000 people who died in massacres or through disease and famine during the 24 years of Indonesian rule.

The trip back to Dili is at least as eventful as the trip up the mountain. I stop to pick up a couple of hitchhikers, who proceed to load the vehicle with baskets, chooks and seemingly all of their family heirlooms. On a blind corner, we are greeted with the sight of a timber jinker that has plunged over the edge of the road to a resting place a hundred metres below. "It's a miracle that no-one was killed", says Martin, the English manager of the NGO that owns the truck. "I told them not to drive when they are drunk!"

A rescue team from the UN, led by Portuguese troops, blocks the road while it tries to raise the truck. A couple of hours and a few attempts later, they decide to postpone their efforts until the morrow. Our convoy proceeds slowly down the mountainside. All that remains to be dealt with is a tire blowout, for which my bodgie car rental firm has provided near-totally useless repair gear.

I get back to Dili well after midnight, covered in sweat, grime and a veneer of bad language. But the trip has been totally exhilarating. Maubisse may be high-up in the skies, but it is I who feel "above the clouds" for having been privileged to make the journey.

Getting There: Virgin Blue flies daily from Brisbane to Darwin. Air North flies 2-3 times a day from Darwin to Dili. With Air North, you can save up to 50% with 14-day advance purchase

Car Hire: There are any number of "cheap" car rental agencies advertising in the weekly English-language East Timor Sun. However, it is best to stick with a reliable operator such as Thrifty Car Rental (near the waterfront, tel 0419 61 9911, fax +670 390 321 078), from where reliable vehicles can be hired from $US35 a day.

Money: The currency is US dollars. Cash advances can be had from ATMs at the ANZ Bank and the Hello Mister supermarket (in Rua Avenida Bispo de Medeiros).

East Timor on the Web