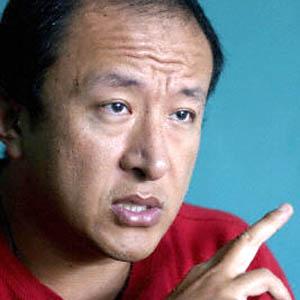 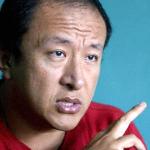 The silence of the lama has proved short-lived -- Bhutanese spiritual leader-turned film director Dzongsar Jamyang Khyentse Rinpoche, who won international acclaim in 2000 with his movie "The Cup", is ready to captivate audiences again with another dose of his Himalayan magic. Unlike the offbeat "Cup", which attempted to portray Buddhist monks as humans like anyone else -- complete with a passion for World Cup football -- "Travellers and Magicians" carries a more philosophic message, Rinpoche said.

"The message is that the grass often is not greener on the other side at all, but is in fact greener on your own side," said the filmmaker, who is better known as the reincarnation of a 19th century Tibetan Buddhist saint and one of Bhutan's most revered lamas. He makes no apologies for the spiritual bias in "Travellers."

"I have been brainwashed by Buddhist society, so my stories will always be influenced by Buddhism," Rinpoche told AFP while passing though New Delhi this week. The inspiration for "Travellers", he said came from observing groups of people awaiting scarce transport in eastern Bhutan, a little-explored Himalayan kingdom bordering India and Tibet. "Sometimes they wait for days, but they are not frustrated. They appear quite happy and they picnic and swop tales."

In his film, which premiers in the Bhutanese capital Thimphu on August 2, 2003, a young man fed up with life in his village decides to head for the United States where he has heard he can earn a fortune picking grapes. On the roadside awaiting a lift he meets a group of fellow travellers, among them a Buddhist monk, who, according to Rinpoche, is "very irritating".

"For us, Buddhism is the truth and the truth is usually irritating and challenging," the 41-year-old lama said. The monk then relates a story, which begins interweaving with the story of the travellers -- one earthly, the other magical.

The two month-shoot last October-November threw up many "irritations" -- mainly for the trucks carrying film equipment through breathtaking hairpin mountain passes. But according to those on set, Rinpoche was "unflappable".

"He wore his robes and a baseball cap and was always talking into his walkie-talkie," said US-based author Noa Jones, who is writing a book about the making of the movie. "Every time something went wrong he would just take it in his stride -- at times even seeming gleeful. He never got tense."

The main camera went crashing when the tripod slipped -- Rinpoche managed to get it fixed. A main actor who had been chosen by Rinpoche while he was selling souvenirs on a roadside disappeared -- the lama simply rewrote the script. But the case of an 81-year-old apple farmer who was chosen to play the role of an 81-year-old apple farmer but who failed to understand he was in a movie left everyone on the set amused and bemused -- especially the director. "He thought it was all for real. When we had a scene where the truck broke down which we had to repeat a number of times he berated us, saying we should get a truck that didn't keep breaking down," said Rinpoche, who compared him to the Peter Sellers character Chauncey Gardner.

Rinpoche believes that movies can be used to "carry a message" -- but his major filmmaking goal is to make a movie on the life of the Buddha. "It will cost millions and it will be a financial flop, because I will not have someone like Brad Pitt playing the Buddha," said the spiritual leader who besides spending many months of the year in meditation, gives teaching courses at various centres around the world.

"I will look for someone in India or Nepal or maybe even Bhutan to play the Buddha," he said. Rinpoche has seven other movie ideas in mind, which he said would be used to generate funds to finance the project. "It's going to take a lot of money because we have to do it properly. We are going to need 500 elephants, 500 horses and a cast of thousands. Right now I am merely building up my resume," he said. "To get funding, I need to speak the language of Hollywood."