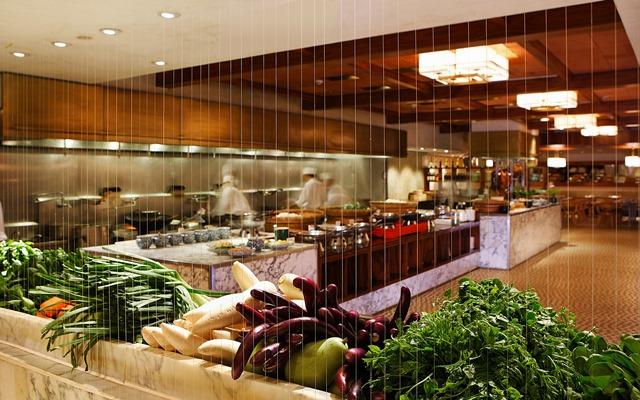 The Cafe at Grand Hyatt Taipei 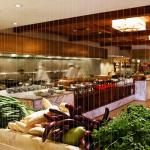 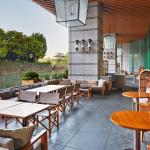 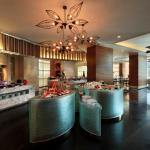 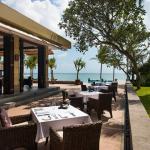 Dinner inspires all the glamour, and lunch is often a great adventure. But breakfast, lowly breakfast, is so often taken for granted that hotels routinely just fold it into the cost of a single night’s accommodation.  But these days, all across Asia, people are waking up to breakfast in more ways than one. From Tokyo to Bali, from Taipei to Bangkok, chefs are seizing an opportunity to make a statement at dawn, with inventive new dishes in settings all the more inspiring for the morning light.

However prosaic the name of the Grand Hyatt Taipei’s ground floor eatery, the Café is one epic poem of a place for orange juice and then some. From the rain wall at the restaurant’s lobby-side entrance, to not one but two open show kitchens, to the great banks of windows and a cornucopia of marble buffets, there’s as much for the eyes to feast on as the palate. The Café seats 306 on two levels of dining, and the low-level buzz of people at work in the morning on their omelettes and coffee is a welcome jump-start on the day. You can indulge traditional Western fare here, from the Continent, from the Americas, and from Japan to boot. But the mindful traveler knows that this hotel is also home to two of Taipei’s premier Chinese eateries — Pearl Liang (Cantonese) and Yun Jin (pan-China) — and that, by osmosis, the dim sum is going to going to be inspired. And it is, from the shrimp dumplings and sui mai to the steamed rice cakes. And if pancakes have to be part of your breakfast fare in Taipei, try the pan-fried pork Chinese pancakes

The moat outside the Palace Hotel Tokyo wasn’t built to safeguard the guest base of this 2012 debut, but diners on the terrace of the Grand Kitchen are nevertheless beneficiaries of this watery oasis on the edge of the Imperial Palace gardens. It seems fitting, given the view, to choose a local breakfast from the variety of food stations peppered throughout the restaurant. The authentic spread features fresh and light grilled fish, flavorful yet not salty miso soup, and tamago-yaki (sweet omelette) cooked to perfection, along with special rice called yume-gokochi -- which fittingly translates as “a dreamy state of mind.”

The European flair of Saigon’s newest luxury hotel isn’t limited to the décor. Here dining menus demand as much attention as the mosaics and marble that furnish the restaurants. It all begins at breakfast with Café Cardinal’s buffet spread. With a French chef at the helm the Parisian-quality baguettes are a must, and best enjoyed with a selection of imported cheese and prosciutto. But don’t forget to sample Vietnamese favorites like ice coffee over condensed milk or bo kho (slow-braised beef stew), then sit back and take in the view of a resort-style pool terrace that wouldn’t be out of place in Versailles.

While the venue of the moment at Sofitel’s flagship property in Southeast Asia is a sparkling new art gallery — the only art gallery inside a hotel in Bangkok — no guest should overlook the culinary masterpiece directly above, on the mezzanine level. That’s where you’ll find Voila!, which boasts a breakfast buffet to remember thanks in large part to a kitchen crew that’s committed to baking the best croissants this side of France. Throw in eight action stations — including a detox smoothie station designed to get the juices flowing — and the option to order gourmet oven-baked, free-range eggs topped with tom yung hollandaise sauce, and you have the recipe for a divine way to start the day in the City of Angels.

Although the beach in Seminyak achieves its greatest glory at sunset, with the great orb melting into the horizon, breakfast at The Legian Bali is no less spectacular, especially if the surf is up and the waves are thumping the tawny brown sand below your breakfast spread. Set upon a deck above a terrace of pools, The Restaurant is the domain of Luke Macleod, a young Australian chef with a name that’s already rippling beyond Bali’s shores. For breakfast at The Legian, make room for a buttered brioche loaf, heaping with strawberries and mascarpone. If that’s not enough, call for a sorbet flavored by mixed tropical fruits and sprayed with a yoghurt foam. 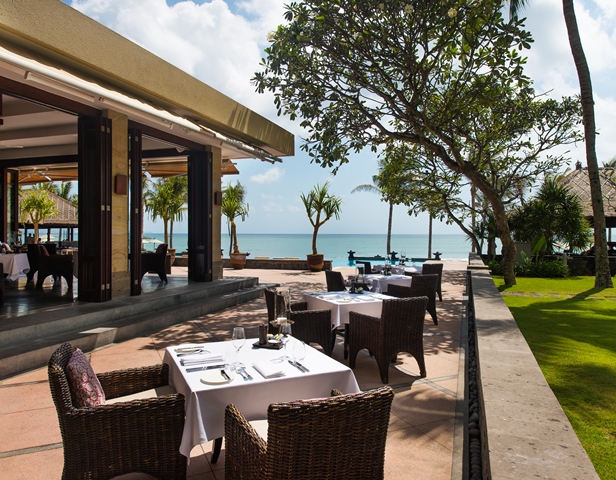 Breakfast at the Legian Bali