Cabbages & Condoms: The Rubber Contraceptive Comes Out Of The Closet 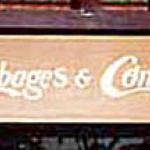 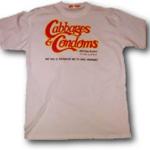 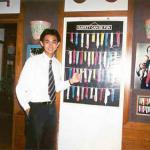 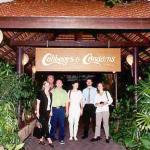 There is no dearth of restaurants in Bangkok, which survive on gimmicks. The Royal Dragon, for example, the largest restaurant in the world, where waiters use rollerskates to bring orders to the table. Or the No Hands restaurant, where pretty hostesses spoon-feed customers who are forbidden to use their hands for anything. (What happens, I wonder, if you need to go to the loo?)

When I first heard of Cabbages & Condoms (C&C), I imagined it was just another eatery selling an unusual concept to bring tourists to the table. However, as the food at C&C has consistently been rated as one of the best in Bangkok, and the place was just next door to my hotel, I decided to take up the Tourism Authority of Thailand's invitation to find out why over 500 foreigners choose to eat at each of the six C&C outlets, every day of the week.

What I found there fairly astounded me. Condoms dominated the décor, the food and even the merchandise which the restaurant sold out of a shop located near the entrance. Huge cartoons covered the walls, which showed the male member in various kinds of cover-up. There was The Economist, who recycled his used condom by stitching together and applying band-aid over every wear and tear; there was The Flasher, who liked to keep the top three buttons on his condom open at all times; and there was The Fool, who stupidly wore his condom with holes at both ends.

Condom brands from different countries formed part of a gorgeous display along the wooden staircases - Rooster Extra Strong from South Africa, Trojan from Australia, Black Jerk from Sweden and Glow In The Dark from Canada. There was the Condom Room, designated for private parties, and the Vasectomy Bar, where you could have a drink - for free if you'd had your vasectomy done at the C&C-run medical centre located next door.

Mechai Viravaidya, the man behind C&C, was playing host for evening - a happy man for all he had achieved. He wasn't at all apologetic about his obsession with the contraceptive, and looked askance at the assembled group of seven international journalists with embarrassment writ large on their faces. "Why, do condoms embarrass you?" he asked in mock surprise. "In that case, you should also be embarrassed about tennis balls - they contain lot more rubber."

For the Magsaysay award winner, who has been working tirelessly for the last 30 years to popularize family planning and prevent the spread of AIDS, condoms were mere tools of his trade. His endeavours have been singularly responsible for bringing down annual population growth to less than one per cent in Thailand, and earned him the sobriquet of `Condom King' in the bargain.

"Walk into any pharmacy and ask for Mechai, and the man behind the counter will ask what brand," says the cheerful revolutionary with more than a hint of pride. "My name has become the generic term for condoms in this country."

A columnist, who wasn't at all amused by Mechai's campaign and his unorthodox handling of the family planning issue, had written in a newspaper article: "If this guy likes condoms so much, let's call a condom `mechai' in the future and see how he likes it." The name stuck and was a public relations coup as far as Mechai was concerned.

Appealing to the very Thai sensibility of sanook (playfulness), Mechai spread his message of `no-glove-no-love' in a fun way that the largely-uneducated people in the rural areas found easy to understand.

He flooded Bangkok city with condoms, and missed no opportunity where the rubber contraceptive could gain some publicity. T-shirts depicting `Proud Pete', the anthropomorphic penis, slipping a condom over his head and beaming, "I'm Safe Now", were available in every street corner.

Christmas cards with the message "We wish you much happiness and subdued fertility in the New Year" were sent to heads of state, and even to the Pope. To mark the International Women's Year, he invited women to "vasectomize the man of your choice". When some devout Thais wanted their condoms blessed by a monk, Mechai got the head monk of the Siam Square monastery in Bangkok to sprinkle holy water on them amidst a blaze of press publicity..

In one of his more memorable stunts, Mechai dispatched pretty Thai girls all over Bangkok to hand out condoms to traffic policemen on New Years Eve. The next day, their pictures appeared in all the newspapers under the headline `Cops and Rubbers'.

Mechai's strategy was simple. He combined showmanship with his innate understanding of the Thai mindset to lead a campaign to desensitize the condom and bring it out of the closet. He merchandised family planning like any commercial product. If gimmicks and publicity could sell soap and toothpaste, they could well sell family planning.

"I wanted to take the seriousness and embarrassment out of birth control and make it a clean, fun thing," says Mechai. "I wanted people to accept contraceptives the same way they do soap and toothpaste. Sometimes I shocked people, sometimes I made them laugh. The important thing was to make them think and react."

The process of indoctrination, according to Mechai, had to start early. Children, thus, were as much a target of his /campaign as adults who fell within the reproductive age group. Teachers were taught `family planning' nursery rhymes, which were introduced into the classrooms. Children learnt to play a `family planning' snakes-and-ladders game with new rules - daddy came home drunk yesterday, so he goes down 3 rungs; mummy is going to have yet another baby, so she gets swallowed by the biggest snake and slides to the bottom of the board, etc. etc. Teachers were encouraged to have students take an oath to try to marry as late as possible after 20, and try to have no more than 2 children.

Mechai introduced a system of non-pregnancy agriculture, in remote parts of the country, where he offered incentives to farmers, who practised birth control. Women got two pigs as prize for every year they avoided pregnancy. "By counting the number of pigs a woman had, you could calculate how many years she had not conceived a child," says Mechai. "After several years, the women had collected enough pigs to start their own pig farm, where their husbands would work as employees."

Every new project Mechai came up with, however, meant finding new sources of funds. Government help went only so far and foreign aid, in Mechai's words, was like an erection - it was great while you had it, but it didn't last forever. To sustain his campaign and to make any real difference to the masses, he had to be self-sufficient.

Today, Mechai has 16 revenue-earning ventures under the Population & Community Development Association (PDA), the organization through which he does most of his work. The Cabbages & Condoms restaurant chain is one of them.

"The idea was to make condoms as easily available as cabbages - hence the name," says Mechai. The Condom King has big plans for C&C. The chain will spread beyond Thailand, and have more links than McDonald's, he says. "Also, our food will be so much better." The first outlet to open outside Thailand will be in Bucharest.

Meanwhile, tourists visiting Thailand are enjoying the superb Thai food at C&C, receiving packs of condoms instead of after-dinner mints and getting to see the difference one man's belief can make to alleviate the two worst problems facing a country.

"It works", were Mechai Viravaidya's last words on the subject before he sat down to order a spicy condom salad and a dozen regional specialties from all over Thailand. We gave the pre-dinner drinks a pass because the men in the party were too queasy to sit at the Vasectomy Bar. Obviously, Mechai still has a lot more ground to cover.

A Guide to New Delhi Shopping