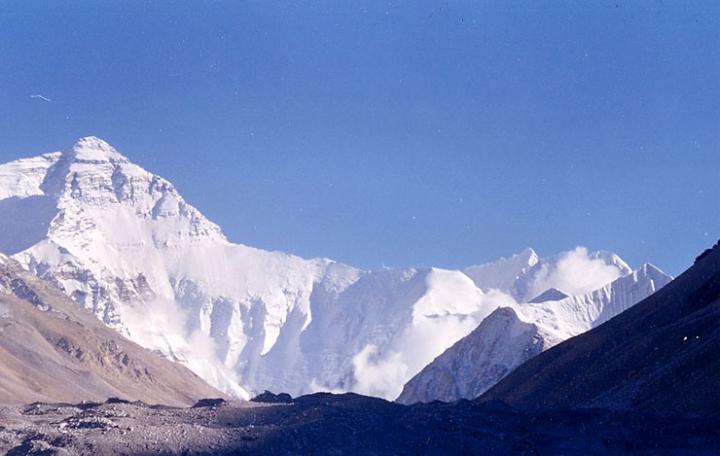 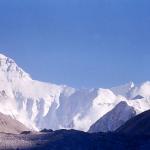 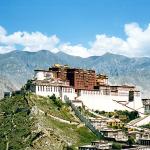 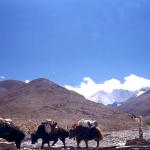 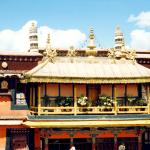 A REVOLUTION is going down in Beijing. Naturally it reaches Tiananmen Square, the city's ground zero, where in 1949 Mao Zedong proclaimed China the "People's Republic." The exile, imprisonment, and death of millions of Chinese and Tibetans during Mao's cultural revolution echoed here in 1989, when "reformist" Deng Xiaoping's tanks brutally crushed a pro-democracy protest, making Tiananmen Square a global synonym for tragedy and oppression.

But for the '90s, the revolution is capitalism; its army, Chinese tourists. They invade Tiananmen Square by the thousands, their flashes exploding like bombs. Chinese sightseers in identical yellow caps dutifully follow their leader's flag as they march across the square to Forbidden City, the former pleasure dome of Ming and Qing dynasty emperors.

The red gate to the Forbidden City frames an immense portrait of Mao. The Chairman cherub looks so faultless, his tentative Mona Lisa smile following you everywhere. Mao is watching, comrades, as China takes a direction he never envisioned for the People's Republic.

Over the past decade China's economic growth has averaged an astounding 10 percent a year, thanks in part to Deng himself, who initiated capitalist-style reforms in 1980. By the time of the 1989 Tiananmen incident, the economy had gained too much momentum for any old-school Communists to try to put on the brakes.

Then came gutsy Premier Zhu Rongji. For the last five years, Zhu has raced economic reforms through the system. This March he laid out a plan to restructure the debt-laden banking system, privatize the housing market, and take state-owned firms out of the red -- all by the new millennium. The economy has taken a hit over the past few years, frightening Zhu's control-minded government opponents into retracting some of his brasher policies, but the trend is still toward market freedom.

The government has poured a good portion of its returns back into the showcase city, making Beijing a boomtown without equal. Cars and color TVs are within reach of the city's growing middle class; bikes and oxcarts, once main forms of transport, are banned from the new freeways. To be sure, Beijing's middle class does not reflect China's impoverished, rural masses, but city workers are busily exercising their new economic liberties.

The T-shirts and bags of China's shoppers obliviously bear such absurd slogans as "Brazil Duck," "Happy, relaxed journey" and "Selfish." Winning brand names include First Date soap and Multifunction condoms; top-selling snacks come in colors normally reserved for plastic toys. Many companies lean on Western claims to sell their products, flaunting American flags on packages, even for ginseng and bee pollen. As copyrights are made to be broken in China, other manufacturers get right to the point with counterfeit Nikes and Calvin Kleins.

Ironically, Mao has been turned into a commodity for Beijing's consumer craze. Used copies of Mao's little red book now fetch tourist dollars outside shopping centers, and Mao key chains, cigarettes, and thermometers are sold near the "Maosoleum" where his body rests.

In 10 years the last of the former revolutionaries will be in the soil with Mao. And when today's youth become tomorrow's leaders, China may finally be ready to wield tremendous power in the world economy. More and more private universities are offering Western-style business and economics courses to prep future MBAs for the task. An American teacher of one such class predicted to me that these open and eager students will be challenging the West not on ideological grounds but at its own game: global business.

When I visited in 1999, a digital sign in Tiananmen Square spun down the seconds until 2000. On some counts, Beijing is just another grim glimpse at the future of the urban world: too many people, too much pollution, too little peace. Streets are as straight and orderly as a ruler, yet a map cannot communicate the terrifying traffic, crowds, and barricades one has to overcome just to cross the road. In the wasteland of multistoried hotels and restaurants ringing the city, neon signs in primary colors dance and scream into the night, blinding visitors with their unnatural light.

Still, Beijingers rise above their surroundings. Parties and parades of flags and cymbals, and exhibitions of kung fu and slow dancing routinely transform the dark cement under inhospitable highways, as 10 lanes of 24-hour traffic endlessly move around the merrymakers. Average folk picnic outside high-rises; young couples mill around turnabouts the size of racetracks, eating black bean ice cream. This too is the future of the developing world: learning to live in the shadows of money.