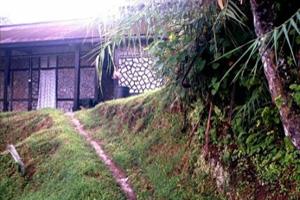 Tudor houses up in Fraser's Hills are still a common sight. 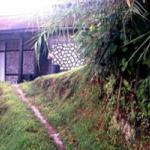 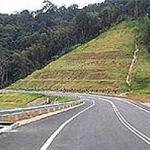 For tired urbanites or travelers wanting to escape the tropical heat, dull work routine and incessant traffic jams, Fraser's Hill is a good place to unwind. With a "temperate" climate and an average temperature of 20 degree Celsius during the day, the hill resort perched at 1,534 meters above sea level on the Titiwangsa Range is a mere two-hour drive from Kuala Lumpur. Tin was the reason people flocked to the hill in the late 1890s. The hill was tucked in lush tropical jungle. It was named after accountant-turned-prospector James Louis Fraser who used to buy tin from Chinese prospectors and transported the ore to Kuala Kubu by mule train. After acquiring a small fortune from his trade, Fraser vanished after last seen trudging on a jungle path which connected Tras and Kuala Kubu, hauling a team of mules laden with crude tin ore. His disappearance, like that of silk trader Jim Thompson in Cameron Highlands on the same Titiwangsa Range, remains a mystery to this day.

Fraser's Hill once played an important role during World War II (1941-1945). It was used as a communication centre during the Occupation of Malaya. The ruin of a Japanese communication shed exists today in the dense forest of Fraser's Hill along Hemmant's (jungle) Trail. Now the hill is a thriving highland resort famous for its colorful birds, cool and beautiful surroundings, colonial bungalows and modern hotel resorts. Swimming in the cool waters of the pool below the cascading waters of Jeriau Falls is an exhilarating experience that should not be missed. This picnic spot is about five km from town centre and is accessible by car.

The journey to the resort is an adventure itself. One has to take a drive either along the Karak Highway or the more picturesque and winding Kuala Kubu road and "make it" to the gate at the Gap. The narrow eight kilometer road to the hill resort used to allow only for a one-way traffic - ascending at odd hours and descending at even hours between 6.30am and 7pm. However, this has changed with the opening of a new road up to the hill resort in 2001. Journey up the hill resort from the Gap is now an extra km further with the new road while going down involves the original road.

For some, however, the Gap, built in 1919 and the one-way system was part of the novelty and unique experience of Fraser's Hill. Another concern is that easier access would lead to increased tourist arrivals and activities. This may translate into more damage to the environment by overly-eager tourists stomping around and irresponsible travel operators. However, residents in Fraser's Hills say that this is not true. Life up in "the prettiest hill resort in Malaysia" is still as peaceful and tranquil as ever. With its granite colored mock Tudor cottages set amidst brilliant colored blooms of English-style country gardens, this is perhaps with most British of the hill resorts in Malaysia. Even the post office and police station are of similar structure.

The most eye-catching part of the hill resort is its greenery and cool air. Once you start seeing pokok paku gajah (tree fern), you have reached an elevation of about 500 meters above sea level as the fern grows (sometimes as tall as 20 meters) only on highlands.

Birds rivaling the colors of the rainbow can be seen in abundance and the World Wide Fund for Nature Malaysia (WWF) has noted that there are more than 260 species of birds on the hill. Such a variety is already more than half the bird species in Europe. In June every year, they converge on this resort for the International Bird Race to sight, identify and record as many species of birds around the place in a stipulated time.

The best place to watch birds in the comfort of home is at the Jelai Highlands Resort, about five minutes walk from the Fraser's Hill Development Center office where birds come to feed on wild fruits and nectar of wild flowers. Seasoned bird watchers (called birders) naturally make a beeline for the resort where they will ask for Room 201. That is the best spot for watching birds. According to officers of WWF, there's no need to go far see birds as they are unafraid and perch on trees and even the balcony. The birds can be close as five meters. Other wildlife include several primates like the simang, beruk, ungka and lotong can be found while the existence of a hectare-size lake below the resort called Allen's Water, used for family recreation like boating, can be another reason for attracting the animals. For those seeking something slightly less conventional, many bugs can be spotted in the morning and late evenings in Fraser's Hills. This includes the cicada, kumbang tanduk (dark brown bug with horns) and a wide range of moths and smaller colorful bugs attracted by the lights.

Besides the three larger resort-type hotels, the colonial style bungalows and cottages provide a refreshing change. One such place is the Ye Olde Smokehouse, a favorite among couples on honeymoon. Its classic setting will satisfy even the most prim and proper of travelers. One word of caution: No shorts, slippers and sleeveless tank tops permitted.

There are several major jungle trails in Fraser's Hill for those wishing to get a "feel" of the forest -- the Hemmant Trail, the Bishop Trail and Abu Suradi Trail. During World War 2 the trails were used by both the Japanese and the British to move undercover and avoid the exposed main road. It now forms a "green belt" between the golf course and the Silver Park apartments and walking along the paths takes between 20 minutes and two hours with plenty of opportunity for viewing the varied flora and fauna.

A more challenging trail is the Pine Tree Hill which takes four hours of hard trekking one way and includes using rope to climb to the summit.

Down in a valley at the foot of Fraser's Hill, at a place called Pertak, is a plant sanctuary called Heliconia belonging to Janet Yeo. Here you will be able to see, among others, 20 varieties of heliconia, 10 types of frangipani, a variety of wild ginger and a few thousand varieties of local wooded trees. In addition, in the orchard, visitors can see, savor and purchase some of the best species of durian, honey jackfruit, duku, dokong, duku langsat, mangosteen, cempedak, nangka, chestnut, avocado, pineapple, mango, custard apple, sour sap, star fruit, lemon, lime, rambutan, asam belimbing and banana. Whether it's for bird watching or just a quiet getaway from the din of the city, Fraser' Hill is an ideal retreat for all.

Fraser's Hill is located about 100 kilometers from Kuala Lumpur. There are two routes from the  capital city to this hilltop resort. The first is via the Kuala Lumpur-Karak Highway. Follow the highway towards Raub but turn left once you see the sign to "Fraser's Hill/Gap Road". The other is the scenic old Kuala Lumpur-Ipoh trunk road, branching off at Kuala Kubu Baru before proceeding to the Gap.

There are also quite a few ways to travel by public transport. Take a bus at the Pudu Raya terminal to Kuala Kubu Baru and another to Fraser's Hill. The bus traveling up to the summit leaves Kuala Kubu Baru twice daily, at 8 am and 12 noon, and makes the return journey leaving Fraser's Hill at 10am and 2pm. It costs RM 5 one  way. Taxis going direct to Fraser's Hill are also available from Kuala Lumpur. The charter fare is between RM120 and RM150 one way (maximum four passengers).

This beautiful resort has 40 spacious rooms. Family rooms costs around RM 150 per night. The Cafe Terrace offers variety of food including local and Western fare. You can enjoy the fresh mountain air on the terrace. Details, call the Jelai Highlands Resort office at Jalan Ampang 49000 Fraser's Hill, tel: 09-3622600/603, fax 09-3622604 or visit the website at http://www.dreamwater.com/max2002.