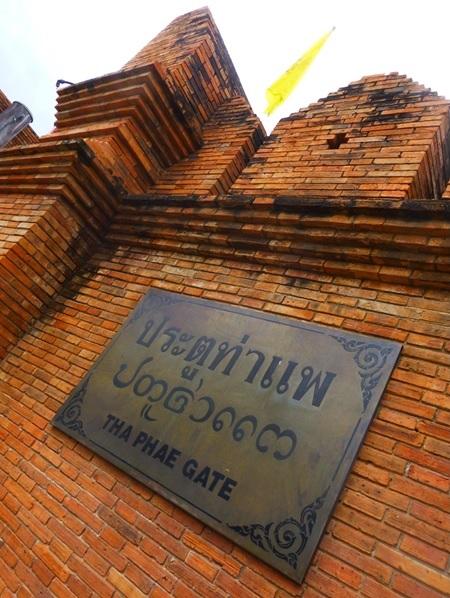 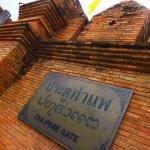 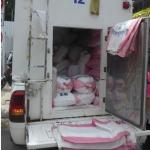 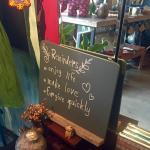 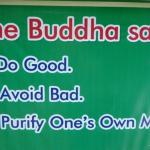 Sometimes it’s the fact that nothing happens that’s so amazing and we’re simply privileged to see the miraculous in the mundane.

The Old City of Chiang Mai, Thailand is a 1.6 square kilometer (1 sq. mile) area built in 1296 and surrounded by a moat, partial city walls, and five gates. Although Thailand has become one of the most visited countries and has experienced rapid economic growth while being subjected to the powerful forces of globalization, the northern Thai city of Chiang Mai successfully retains much of its traditional cultural character.

The Old City always seduces me and on my many visits to Chiang Mai, I never fail to stay within this charming district. One day, while walking through the narrow and sometimes windy sois (alleys or lanes), after getting a delicious smoothie at Khun Kae’s Juice Bar, I saw an ice delivery truck stop in the intersection of Moon Muang Soi 6 and Rajdamnern Soi 5.

Yes, in this world of high technology and this city of digital nomads, ice still gets delivered in Thailand. The truck might have been delivering ice to vegetarian Peppermaint Guesthouse and restaurant, situated on that corner and not to be confused with the friendly and properly-spelled Peppermint Coffee House further down Rajdamnern Soi 5. In any event, I was on my way to Aum Vegetarian to get a bowl of khao soi, a scrumptious signature dish of northern Thailand that’s like a yellow coconut curry soup with noodles.

While the truck was parked in the intersection, and the driver delivered ice in the sweltering weather, there were a couple cars that could not proceed. Where I come from — New York City and the San Francisco Bay Area — there definitely would have been honking and likely would have been yelling and even cursing. People might have been throwing up their arms, gesticulating with their fingers, putting their heads in their hands, possibly even getting out of their vehicles with violent fantasies, visibly and audibly demonstrating and projecting their frustration, anger, and road rage, getting themselves and others even more sweaty and unhappy.

But in the quaint Old City of Chiang Mai, none of this occurred. The drivers simply sat in their cars, quietly and patiently awaiting whatever was going to happen. Instead of road rage, there was road tranquility and road equanimity, maybe even road compassion. This scene, so ordinary in Chiang Mai, was still extraordinary.

One thing I know for sure is that the ice deliveryman finished his task, got back in his truck, drove off, while the rest of the traffic proceeded without incident, and the absence of anything else was miraculous.

Dan Brook, PhD teaches sociology at San Jose State University, from where he organizes the annual Hands on Thailand (HoT) program. Dan has an ebook of travel inspiration called GO! Travel Quotes to Send You Off and other free ebooks. More info about him is available on his about.me page.