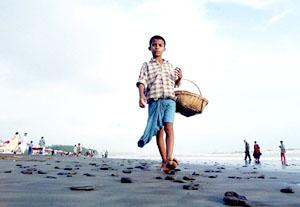 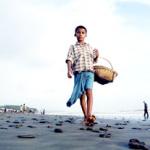 Bangladesh's fledgling but troubled tourism industry is slowly luring foreign and domestic travellers, industry officials say. One of the most popular destinations this winter was this beach resort town of Cox's Bazar on the Bay of Bengal, which drew sun-worshippers from as far away as Europe and Southeast Asia.

"Foreigners come here, but we cannot offer everything they need. But still they enjoy the beach and of course the warmth of the people here," said Mahbubul Alam Akash, who hires out colourful beach chairs and sun umbrellas. "A large number of Bangladeshis crowd the town now and their number has been increasing over the past years... we will find time to breathe once the official tourism season is over."

There are no official figures on the numbers of visitors to Cox's Bazar this winter, but hotel owners said the 10,000 rooms available were full almost seven days a week in December and a second rush is expected for the Eid-al Adha festival February 13. "The winter season helps us to go through rest of the year, when the number of travellers drop dramatically along with revenue," said an official at a major hotel.

Cox's Bazar got its first five-star accomodation in December, a hotel overlooking the world's largest natural white sand beach and basking in its spectacular sunsets.

The maximum temperature here in the winter is only about 12 degrees Celsius (53.6 degrees Fahrenheit), but tourists on the seashore enjoy cups of tea, snacks or the very popular green coconut water.

A spokesman for the state-owned Bangladesh Parjatan Corporation (BPC), told AFP tourism was growing every year, with the government doing its best to lure travellers to the South Asian nation.

BPC statistics show just 11,179 people visited the country in 1992, but the figure jumped massively in 2000 to 207,199 visitors, who brought in about 2.65 billion taka (about 46 million USD) in foreign exchange. No figures are available for 2001 and 2002. Of total travellers in 2000, nearly 18.56 percent came to Bangladesh for pleasure visits, 16.47 percent were on business and the remainder - nearly 70 percent - had multiple reasons for arriving. Britons, Americans, Koreans, Japanese, Indians, Nepalese and Pakistanis topped the list of foreign travellers.

The Bangladesh Monitor, a fortnightly tabloid focusing on the tourism industry, said Bangladesh was a promising destination for foreign tourists, but infrastructure problems, including hotel accommodation, were a major impediment to growth.

"Infrastructure development is the key to expansion of the tourism sector," said Hasan Mansur, managing director of travel company, The Guide Tours Ltd. "People did not think of going to the Banderban hill district, but now that we built some facilities there is no dearth of travellers to the area."

Private hotels have recently been built in the picturesque southeastern Banderban district, where a tribal insurgency ended in 1997 with a peace treaty. The government recently handed over some of BPC's motels and restaurants in Cox's Bazar and elsewhere to private management to increase revenue as well as ensure better facilities for tourists.

Locals, too, are saving their taka to travel, choosing destinations like Cox's Bazar and islands in the Bay of Bengal, as well as the Sunderbans, the world's largest mangrove forests, the tea-growing Sylhet district, the southeastern hill tracts region and historical sites.

"The growth of Bangladeshis travelling within the country is significant and they also include those who would normally prefer holidaying in Bangkok or Singapore," Mansur said. "The change of attitude is positive, but we have to ensure we can hold on to them."

Such efforts have not gone unnoticed by visitors, including one Westerner who spent time in the southwestern Chandpur district where the Padma and Meghna rivers join. "Your whole country is beautiful and all it needs is proper protection as well as some facilities to draw tourists," he said. "I loved the villages, its people, their kindness and some specially-made foods they said were only available during winter."