Dapitan: A Living Legacy In The Philippines 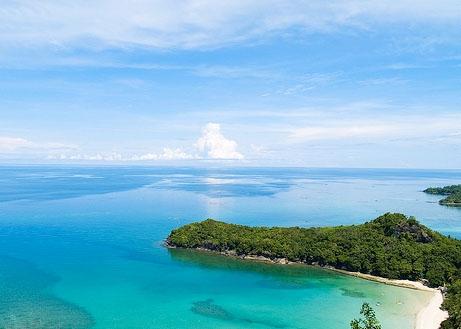 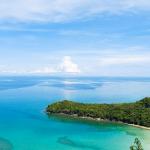 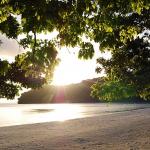 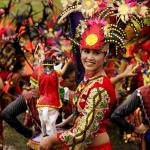 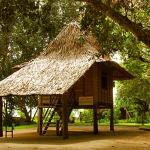 Roused from sleep, I sat up. Something was excitingly moving at my seat that afternoon of April 14, 2007. It was 2.30 p.m., and the thrill in the voice of a woman beside me was unmistakable. "Wake up, we're about to arrive!"

Over the years, I'm used to travelling to places alone: domestic and foreign. And an easy acquaintance with foreigners isn't new to me.

"We must book accommodation to Dakak right away," Sandra, the German tourist beside me, continued---as the bus we boarded in veered off the nearest highway into Dapitan.

Dapitan, according to some, isn't really a part of route by most travel writers. Being a sleepy rural province, visitors mainly have two reasons: either to go to see family and friends or to spend time at Dakak, a well-known beach resort in the city. So there isn't really so much to look forward to for this place, I thought.

When we broke clear, I hurriedly took my luggage and, along with Sandra, jumped into a passenger car. The sunset still shone vividly as it displayed at the western part of the city on that balmy late afternoon summer skies two years ago.

Whilst we steered through, my breath caught at the site of a seemingly lonely forest. At it were housed native structures and a concrete building. "It's a shrine; the national hero's shrine," the driver told me lightheartedly.

He was referring to the Rizal Shrine. And out of curiosity, my mind had begun to change: No, it's a mistake. There's actually so much to look forward to for this place.

Meanwhile, Sandra was left at Dakak the following morning. I went to the shrine---which is about 10 minutes away from the resort---to see the person in-charged.

Stepping into the grounds of the museum in Rizal Shrine was almost akin to stepping back in time. 117 to 113 years ago, this small yet splendid town in the Philippines on the northern tip of Zamboanga Peninsula (Northwestern Mindanao) served as the exile place of a political prisoner, who changed the entire fate of his nation.

Historians recited that from 1892 to 1896, this place in Dapitan is where Dr. Jose Rizal spent one of the unforgettable phases of his life. Dapitan is where Rizal battled frustrations and depressions over the oppressive rule of colonial Spain, and spent most of his time as a scientist, linguist, physician, teacher, scholar and writer, artist, farmer, and even as a businessman.

Upon entering the museum, a huge photo of the national hero greeted me. The museum's walls showed Rizal's photo collections from childhood to adulthood, including the ladies of his life.

I saw some of his personal things of 1890s vintage; the numerous artworks such as paintings of his Irish wife, Josephine Bracken, whom he had met in Dapitan, and several European-style sculptures which influenced him during his studies in Western countries.

"Dapitan is Rizal," curator Gabriel M. Cad told me as we trekked through the sixteen-hectare outdoor-type museum. "Without him, this city perhaps would never be known in the whole world."

Native structures made of lumber, bamboo, and nipa hut, fringed the historical shrine. There were a total of six replicas apart from the main house. Among them:

the Casa Redonda, an octagonal-shaped clinic where Rizal did an eye operation on George Taufer (Josephine Bracken's foster father);

the Casitales Hospitales, originally a tea house but was later used as a clinic when the number of his patients increased;

the Casa Redonda Pequena, the place where Rizal raised his chickens;

and the Mi RetiroRock, a naturally heart-shaped rock,where Rizal spent most of his time writing and reading poems during twilight time.

His pupils' dormitory or the Casa Cuadrada was just footsteps away from the Mi Retiro Rock.

"The main house has been the favourite site for visitors," Mr. Cad continued, as we neared Jose Rizal's 8-metre-wide and 6-metre-long rectangular-shaped Casa Residencia, with a room and a bathroom.

From the three verandas of the house, I could certainly see the grand view of the bay. Beside was his water system and dam, where the hero long ago taught his pupils how to swim. All these were kept safe and maintained despite century old.

"All houses are replicas, but we make sure the structures and designs are 100% accurate from the original settings," explained Mr. Cad, "including materials used and exact location of the houses."

In 1960, the National Heritage Institute (NHI) reconstructed all houses in the shrine and maintained them periodically. "But it receives a meager budget of P3,000 a month from NHI for the maintenance,"  Mr. Cad noted.

Also, by 1998, the National Centennial Commission renovated the museum. Visitors in the shrine included students, scholars, families, or just curious individuals eager to explore the national hero's nostalgic history, as well as several transients from other countries.

"I never thought a national hero would live with such a simple life in Dapitan," exclaimed one visitor from Manila. "Seeing his works and understanding his life here tells me that he really was a living being."

Guests in the museum do not pay any fee. However, the Protected Areas Management Board of the Department of Environment and Natural Resources has planned since 2006 to implement a P5 fee per visitor to augment the shrine's forestry.

Dapitan, the "Shrine City of the Philippines", traces its beginnings long before the Spanish conquistadors set foot on the island of Mindanao. When Miguel Lopez de Legaspi arrived in 1595, Dapitan already made itself a thriving settlement.

From an old document its local government had made available to me, I learnt that Dapitan's earliest settlers were the "Subanens"---a nomadic tribe of Indonesian descent known to have settled and lived along the banks of the river---out of which their today tribal identity originated.

"There are authentic accounts of trading voyages in the early periods," explained Councilor Apple Marie Agolong, who at the time of my visit chaired the tourism committee. "And it's hinted that commercial relations may have been established with Dapitan," she added.

It was likely that interaction occurred with the early traders and there might have been a mingling of culture. The divergent civilizations the European invaders, the Americans, the Japanese, and the different Visayan factions brought in Dapitan caused the emergence of its present distinct culture.

From small town to historical city, Dapitan became a living legacy of the Philippines since the national hero's colourful exile took place here in 1892 to 1896. Data I examined from its tourism showed that in 2005 alone, Dapitan hosted 30,000 tourists (both locals and foreigners), and almost 100% visited the museum. The succeeding years might have had an increasing percentage rate.

I spent almost the entire morning at Rizal Shrine. I had to go back to the resort to fetch my alien friend. Sandra and I then went to the city proper. We dined on "Gloria de Dapitan", a three-hectare commercial and leisure park located along Sunset Boulevard. At it were bars, restaurants, shopping stores, sports and beauty centres, and amusement rides, among others.

"There are at least 300 century-old houses here that government will soon renovate," said Rene Eguia, a native of Dapitan. A lot more interesting sites caught my attention as we meandered through the still quaintly Spanish-looking city.

Other historical spots in Dapitan include the Casa Real, the place in 1892 where Dr. Jose Rizal stayed with town commandant Ricardo Carnicero. The Sta. Cruz Beach was where Rizal had first set foot in Dapitan, and the St. James Church where the national hero stood every Sunday to hear mass.

The town plaza, on the other hand, displays the national hero's relief map of Mindanao.

Apart from Rizal Shrine and Dakak, the city is an attraction by itself. Concrete and well-paved roads, stretching to the coastal barangays to the north and towards the interior barangays, have turned Dapitan into beauty and cleanliness. The Dapitan Bay with its vast expense of clean beaches is also a constant attraction to tourists.

When we made our way back to Dakak, sunset already began to slip through the Dapitan Bay. "So you're now prepared for our last night to the resort?" Sandra asked me intensely. I just nodded with some feelings of regret because of the seemingly unsatisfying trip we had in the city.

Our last night at Dakak was exceptional. We watched the "Singkil", a Philippine folk dance that illustrates the story of a Maranao princess being abducted and eventually rescued by her husband. The other had guests doing the "Luau", a Hawaiian-themed dance show.

Dakak rests on 15 hectares of lush greenery with swimming pools in natural spring waters. At night, the 750-metre beach is converted into a dining area, where tables are set up so guests can enjoy a buffet of grilled seafood and other Filipino delicacies while watching the cultural entertainment onstage.

"There is more other than cultural shows in the resort", explained one of Dakak's guests, "by July, Dapitan will celebrate the ‘Kinabayo Festival'."

Sandra and I also spent time partying at Dakak Pirates Bar, and took some drinks until well into the night.

While at the bus going back south the next morning, I recalled Dr. Jose Rizal's life. How his tedious yet fruitful exile in Dapitan had changed the entire Philippines in the past, is no longer reaped and valued by Filipinos at present.

I left the city in regret as to why it is that today's top people in the Philippines have already ruled in greed. (Haven't they?  You be the judge.)

The memorable jaunt in Dapitan two years ago stays vivid to me. From its nostalgic museum, to its historical sites, down to its natural charms, Dapitan---it seems to me---remains a living legacy.