The Festivals of Nha Trang, Vietnam 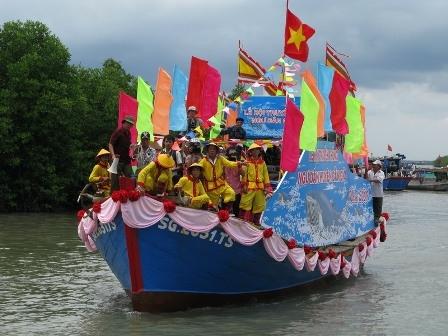 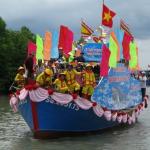 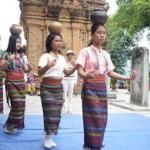 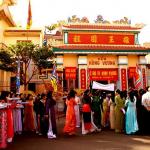 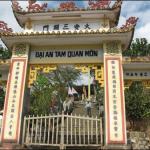 Khanh Hoa, like other coastal province, the respect for the sea is an indispensable part, not only in the thought of fishermen, but also of local people. That's why the Whale Festival is always regarded as an important festival. The Festival takes place at Ông Temple - Nha Trang City. Coming here around February - March of the Lunar Year, you will have a chance to take part in this festival. You can even walk to Ong Temple if your Nha Trang hotel is somewhere around the centre of the city.

Historically, local people had considered whale a rare and precious species, causing no harm to human beings and often help fishermen in storms. For such seasons, local people had built up many legends and stories about whales. Local people have long considered the worship for whales a solemn and significant event. The whale is called Cá Ông and is worhip in tomb called Lang Ông. In the tomb, there is the bone of the whale called Ng?c C?t. Annually, people celebrate the festival on the day when the whale died and carry out the ceremony to ask for good fishing crop.

Tháp Bà Festival (Ponagar Tower Festival) is held at Ponagar Tower vestige site, Nha Trang city from 20-23 of lunar March. This is the biggest festival in the region to memorize the Goddess M? X? s? (the Homeland Mother) (in Cham language called Po Ino Nogar). Legend has it that, Bà M? X? s? had great contribution in establishing the homeland, maintaining the race, finding out the rice trees and teaching people in cultivation, etc.

Every year, the festival is organized with two main ceremonies:

L? Thay y (on March 20th): take off the old clothes, hats of the Goddess Statue, then wash the statue with fragrant leaves then put new clothes and hats on the Statue.

L? C?u Cúng (on March 23rd): is solemnly caried out in order to honor the merit of Bà M? X? s? and ask for safety, wealth and happiness.

After the ceremonies are some activities like traditional dancing performances, singing tu?ng. Tháp Bà Festival not only attracts many Vietnamese people and Cham people, but also attracts visitors and tourists from different parts of the country.

Am Chúa Festival takes place at Am Chúa (Hermitage of Goddess), on the slope of Ð?i An Mountain Dien Dien commune, Dien Khanh District from 1-3 of lunar March every year. The purpose of the festival is to worship Ponagar Goddess. It is said that the Ponagar Goddess had once descended here and spent her childhood with an old couples. The festival often lasts from 3-4 days with two parts: the ceremony and the festival. Along with that, there are many traditional activities like singing and dancing performed by local people.