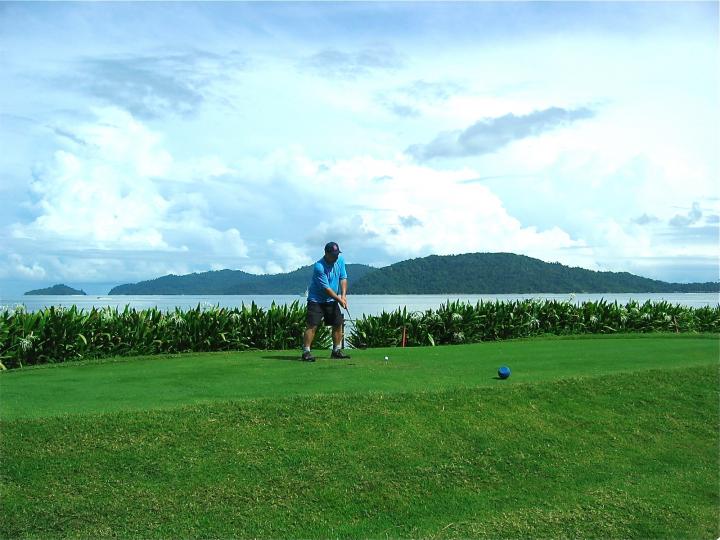 The golf course in Kota Kinabula was a feast for the senses. 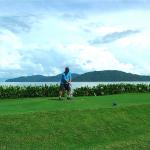 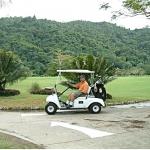 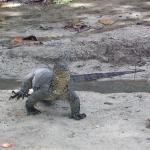 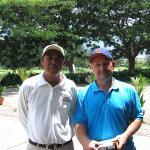 A feast for the senses! That’s how I’d describe golfing on the island of Borneo. During our Christmas vacation at a Malaysian resort by the South China Sea we played eighteen holes on a course that had very unique sights and sounds. Natural waterfalls splashed down from the mountains. Luscious mangoes and papayas hung from trees lining the fairways. Water lilies graced the ponds.  1300 kinds of orchids can be found in Borneo. Various species adorned the golf course. The scent of the flowers in Sabah, the northern province where our resort was located, is so heady it overwhelms you the moment you step off the plane in the capital city of Kota Kinabalu. All those blooms also attract a record number of beautiful butterflies.

The ocean lined one side of the golf course and on the holes along the sea we not only heard the pounding surf but smelled the salty sea breeze. The other side of the course was bordered by the rainforest. Hills covered with jungle vegetation provided a home for all kinds of creatures. Their voices provided a symphony of sound as loud as it was interesting. If you listened very carefully you could pick out the different tunes and rhythms of the various birds and insects who were singing as we played golf.

On the sixth green located just in front of a pond, my husband was getting ready to putt when he whispered urgently to me, “Come here!” I hurried over and he pointed out an enormous monitor lizard which had just crawled out of the water to sun itself on a rock.

The people we met on the fairways, tee boxes and in the club house were from many different countries. We heard French, German, Italian, Japanese, Cantonese and Hindi being spoken. A group of Malaysian soldiers were having a conference at our resort. Several had decided to go for a round of golf in their crisp, khaki uniforms. A Muslim golfer was accompanied by his wife wearing her hijab head covering. An Indian golfer’s wife rode along in the cart wearing her sari.

If you looked up you could see Mount Kinabulu towering in the distance. Its peak rises to 4,100 meters, making it one of the highest mountains in Asia. The sky was a deep blue and appeared to almost mesh with the sea. We could feel the tropical warmth. Our resort was only a few kilometers from the equator. The men and women working as groundskeepers on the golf course wore large bamboo hats to protect them from the hot sun.

The club house restaurant where we had a drink when our round was done provided another unique sensory experience. My husband ordered me something called Cincai. It was sweet cold tea with litchi nuts and bits of grass jelly floating in it. ‘Cincai’ means ‘not serious’ in the Malay language. It seemed almost out of place somehow to hear Christmas carols like The First Noel and The Little Drummer Boy playing on the speaker system as we enjoyed our beverages.

I don’t keep score when I golf, but my husband shot an 80.  I think all those new sights and sounds distracted him.