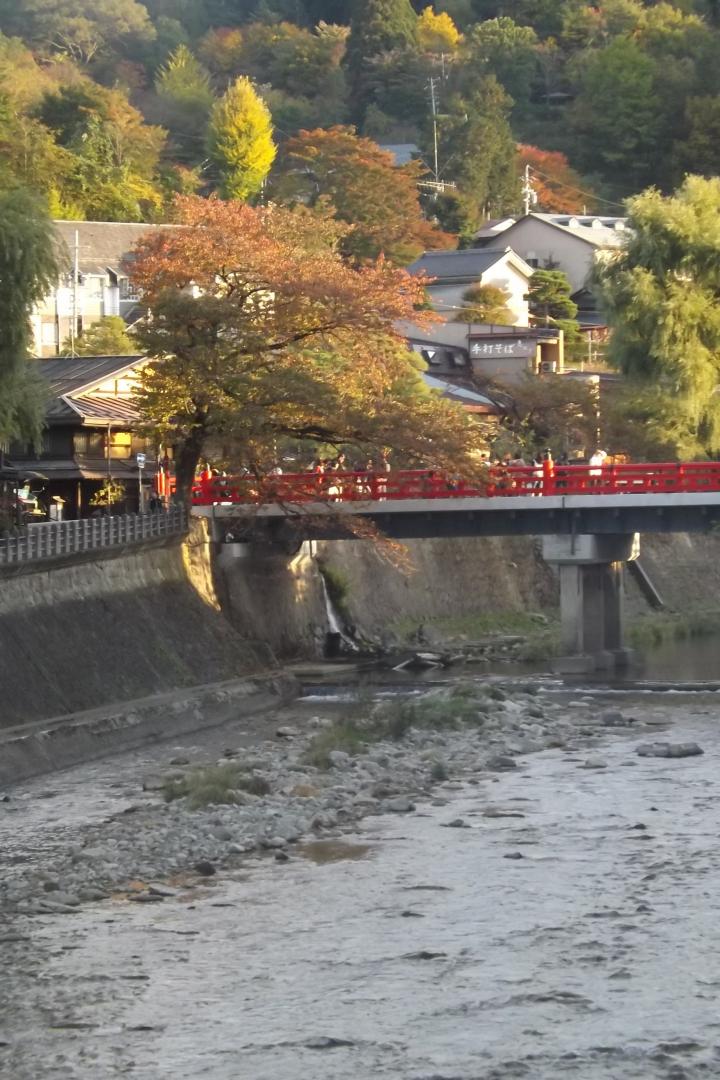 A view by the Miyagawa River in Hida Takayama, Japan (c) Sze-Leng Tan 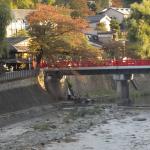 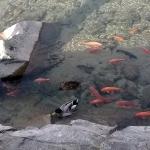 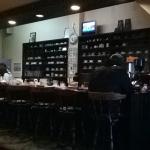 This article was originally published in DIG Travel Magazine.

In those short-lived moments – reflecting, observing and indulging – life was a spark of miracle I was gifted as a traveller to the Miyagawa morning market in Hida Takayama, Japan.

As clear as the mirror on the wall, sweet as persimmons, the strands of waters run through the Mie Prefecture in the island of Honshu in Japan.  To say that it was clean was a ghastly understatement!  It was not hard to fathom why the Miyagawa River, the longest in Japan, is best known for its breath-taking clarity and purity.

As I strolled along the silk of crystals in a mid-autumn morning at the end of October, the energy of life flowing from beneath the meniscus of placidness could not escape my fascinated eyes.  The transparent fluidity ensured that the succulent fish were seen from miles away and admired to their fullest – from their languid movement, to their voluptuous bellies and captivating shimmers of orange, red, and white.  Together, the swimmers wiggled like dancing lions during Chinese New Year in one second, and the next their personas took the resemblance of swarms of bees buzzing and flying leisurely.  No painting could represent the richness of life and profound beauty this great state of nature inspired.

Beneath the graceful transparency, the bottom of the Miyagawa River was layered with fine white sand from which curves and contours were equivalent to those of the finest sculptures.  A whole new world showcased through a floating silk veil, beneath which the fish sought comfort and solace.

And the ducks! Who can overlook the idle ducks in pairs and in small groups – their flirtatious chase and meditative hovering over the water, their playful dipping of heads and tilting of tails in mid-air?  Ah, the adorable water ducks, and their peaceful co-existence with their piscine neighbours, whose magnificence was put in fierce competition with their avian cohabitants.

Along the river sits the Miyagawa morning market where stalls were attached to one another side by side, forming a neat straight line like wagons of a morning train which stretched up to half a mile along the strip of crystal carpet.

Unlike any other markets I’ve been to, this one seemed to a novice traveler to Japan like myself to be the epitome of the Japanese public culture – reserved, peaceful, unique and orderly to the point of obsession – at least, to this foreign mind which was accustomed to chaos.  The stalls displayed colourful fruits, vegetables, decorations and clothes.  Most sellers were elderlies.  Only one person attended each selling lot and all of them extended their friendly and serene welcomes with smiles.  They were amiable, yet reserved healthy personal space for themselves and others, never pushy or overly persuasive.  All sellers were Japanese except one gaijin (foreigner), sitting rather awkwardly in one of the tents among the petite Japanese, selling ‘white men’s food’ – sweetened white bread wrapped in plastic bags.

Directly opposite the row of stalls was a parallel stretch of souvenir shops and restaurants.  The souvenir shops were fully stocked with tidbits in delicate and dainty packaging.  Sweets in various colours, pickled fruits and dried fish were laid out on shelves and tables at the front of the shops, temptingly inviting guests for free tasting.  Ever-so-courteous shopkeepers were welcoming tea-tasters with pleasing smiles, girlish nods and respectful bows.

Yet, in the midst of the hustle and bustle, this market scene set alongside the stage of the Miyagawa River was remarkably calm and even elegant.  Shopkeepers single-handedly managed the growing number of tourists flowing into the shops, greeting and serving earnestly as the enchanted visitors watched, touched, picked, poked, tasted and flipped the eye-opening displays of Japanese finery.  The foreign visitors, like myself, were awed by the food crafting which reflected the Japanese perfectionist and aesthetic approach to life.  The given freedom and personal space was an antithesis to my deprivation of trust under the relentless scrutiny of suspicious and sometimes snobbish (I thought of French and Hong Kongers, as a stereotypical example of marked contrast) inspections of watchful shopkeepers in some places I had visited.  But that was a different place and time.

Now, in the ease of the Miyagawa morning market, I noticed that most visitors were locals.  I could tell not only by their physical traits but also by their signature fashion style.  The Japanese dressed neatly with a distinctive understated sophistication.  Their emphasis on details was clearly shown in the tailoring of their clothes and choice of fabric too.  The cutting was loose-fit and the choice of colours was notably neutral – beige, pastel pink, black, light brown, baby or navy blue, emerald green – blending in as a unified whole, as a part of the seamless harmony that appears to permeate the whole of the Japanese society.

Nothing ever too outstanding.  Nothing too provocative or sexy.  Not in this serene morning in the town of Takayama, at the very least.

When the time came for breakfast, I hesitated a little on which café I should choose.  Then, a little café with Parisian flavour stood out.  Flowers sprung up from little pots, stood prettily like Japanese Manga girls in fantasy-driven uniform, at the front of the large glass-paned window.  The ‘dog-friendly café’ sign hung at the glass door dismissed my dilemma and into Soeur Café I went.

It turned out to be a cosy little thing, occupied only an area of about 30 by 10 square feet.  Soeur Café was filled with delicate wooden tables covered with red-and-white checked tablecloths.  A piece of Europe in Asia.  There were only about seven tables lined up on the left side of the café and on the right was a long wooden table with wooden stools – a very closely knit and cosy little haven.  Diners were either enjoying their solitudes or with their partners, families, lovers and canine companions.

An urgency to lose some weight stroke me when I sank my bum onto a dainty steel Vienna chair, to avoid its likeliness to collapse.  I sat at a coffee table by the window, decorated with a stalk of sweet rose in a small vase.  My gaze fell upon the wide glass window behind which presented the busy-ness of the lovely market from which I came and the dreamy Miyagawa, which were by now an acquaintance with whom I was already infatuated.

I ordered a breakfast set consisting of scones and a cup of coffee.  The sound of background light Jazz and the Zen-induced new acquaintance beaming peacefully from outside the window gave me a spiritual massage while I was waiting to be served.  The scones presented to me were arranged neatly on a porcelain plate.  The coffee was in a small white cup compatible to the plate.  Neat.  Petite.  And I was all ready to eat.

The scones were the best I ever tasted.  Filled with the fragrance of butter, they were rich in flavour but only in such a way not to spoil the sensitivity of my taste buds, a light but satisfying daybreak indulgence.  The crispy crusts and fluffy layers of creaminess were heavenly soft to my palate as it melted contentedly and dissolved magically on my tongue, into which it seeped and upon which the creases it filled.

I meditated upon the simplicity of Soeur Café and the charm of the world outside the window, as I allowed time to stand still amidst the richly caffeine-scented air.  All that mattered at that moment was the beauty of the gentle flowing stream and the grace of the strangers passing me by.