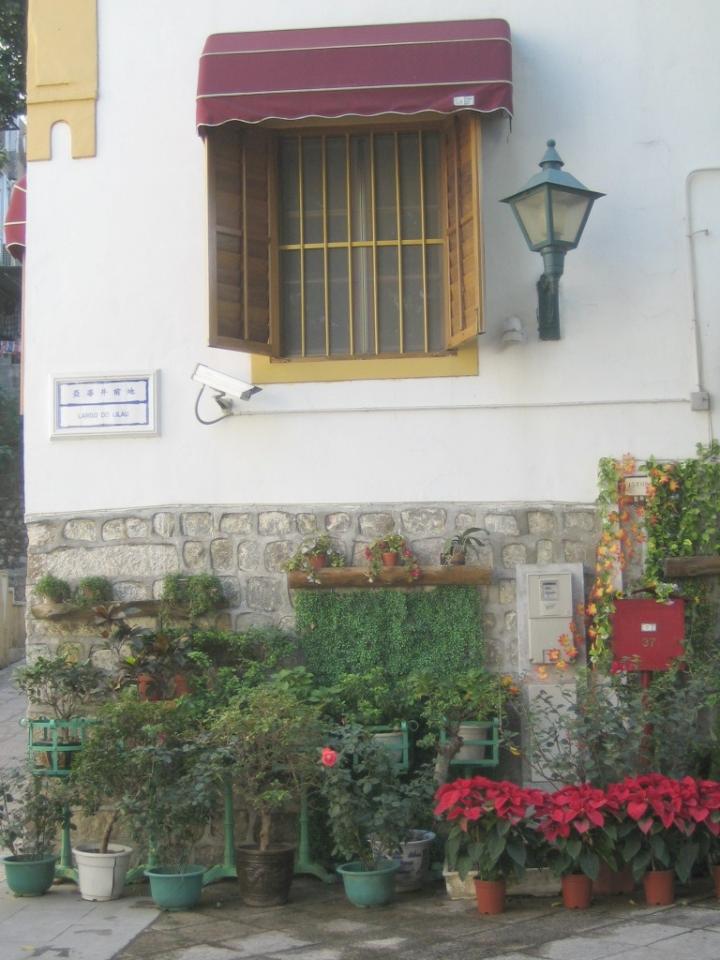 Flowers at Largo do Lilau, Macau. 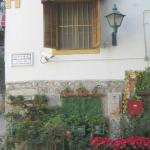 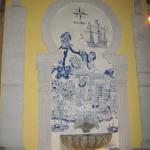 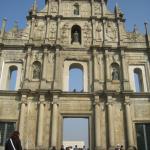 I used to know one thing only about Macau: it’s a gambling heaven. In my ignorant little head, people who went there were supposed to have a lot of money, wear tux or black gown and spend days and nights in the casinos. In short, it wasn’t a sort of place that I found appealing and the only reason I eventually visited it was as a stopover on my trip to the mainland of China. My friend and I took a flight from Singapore to Macau then we would cross to Shenzhen using ferry.

While planning our itinerary, my friend asked me, “How much time do you reckon we should spend in Macau?”

“Let’s make it short, “ I said, “A day is enough. I’m not that fond of gambling or casinos, and what else could we find there?”

Well, apparently a lot. It was rather surprising that I immediately fell in love with this place since we took our first taxi ride from the airport to the city. Since the airport was located in Taipa while we wanted to see the city centre in Macau island, we had to cross the Friendship Bridge which stretched over the white-looking South China Sea. Perhaps it was due partly to the charm of its name that I began to change my mind when a pair of tall and white arches met us halfway through our ride across the bridge. Not only are they beautiful but they also looked very welcoming. And strangely, they did affect my mood.

The deconstruction of my previous idea about Macau continues with my setting foot on the colourful Senado Square in the city centre. This large city square had pattern-tiled floor and was surrounded by pastel-coloured neoclassical buildings. It was spacious and felt rather Mediterranean. I was first rather puzzled by such un-Chinese-ness until I quickly learnt that Macau had served as a gateway through which western (especially Portuguese) civilization entered China since the mid-16th century. As a result, it had a rich cultural heritage that strongly featured East-West cultural pluralism. It was quite unexpected (and exciting) for us to find Macau as a historical and cultural place. Unfortunately, we had only a short day to explore the place before we were scheduled to take the ferry to Shenzhen.

And so we started. Our first destination was the magnificent Ruins of St. Paul’s. From the Senado Square, it was only a short walking distance to the location of the infamous church façade which was destroyed by fire in 1835 and now served as an important symbol of the city. Then we walked around until we finally reached Rua de Sao Lourenco, where one of the oldest church, Igreja de S. Lourenco, was located. It was built by the Jesuits in the mid-16th century in an eclectic mix of neo-classical and baroque style. The families of Portuguesse sailors used to gather on its front steps to pray and wait for the return of their loved ones from the sea. To our delight, on our walk we frequently passed a lot of lovely old squares (piazzas) with fountains, pots of flowers, or tiled walls. There were also numerous old churches and Chinese temples along the way. It was surprising that there were so many worship places there yet I didn’t remember anyone ever mentioned it to me. What I heard was always about the gambling places, which were indeed scattered on the other side of the city. I finally caught a glimpse of them from the bus taking me to the ferry terminal in the evening. All the display of light, billboards, and security guards – that’s the face of Macau that I had thought I would encounter. I had never known that it had another face.

“I think we need to come back one day,” I said.

My friend nodded, “Yeah, there’s still so much to explore.”

One day was definitely not enough in Macau.

The White Heron Sanctuary in Ubud