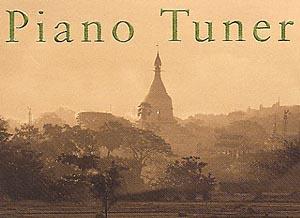 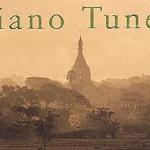 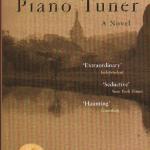 From the back cover:

On a misty London afternoon in 1886, piano tuner Edgar Drake receives a strange request from the War Office: he must leave his wife, and his quiet life in London, to travel to the jungles of Burma to tune a rare Erard grand piano. The piano belongs to Surgeon-Major Anthony Carroll, an enigmatic British officer, whose success at making peace in the war-torn Shan States is legendary, but whose unorthodox methods have begun to attract suspicion.

So begins the journey of the soft-spoken Edgar across Europe, the Red Sea, India, Burma, and at last into the remote highlands of the Shan States. En route he is entranced by the Doctor?s letters and by the shifting cast of tale-spinners, soldiers, and thieves who cross his path. As his captivation grows, however, so do his questions: about the Doctor's true motives, about an enchanting and elusive woman who travels with him into the jungle, about why he came. And, ultimately, about whether he will be able to return home unchanged to the woman who awaits him there ...

Daniel Mason received his bachelor?s degree in biology at Harvard in 1998 and spent a year studying malaria on the Thailand-Myanmar border, where much of The Piano Tuner was written. He is currently a medical student at the University of California, San Francisco.

Look for it on Amazon.com