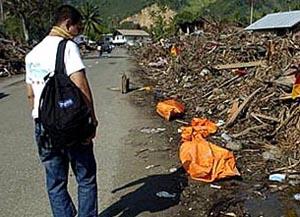 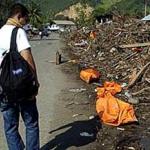 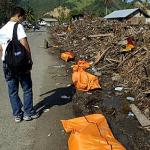 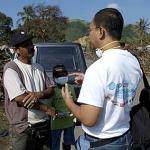 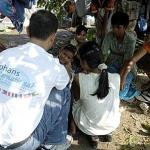 Sumatra Campus to be Built for Tsunami Orphans in Aceh, Indonesia

New York -- Orphans International (OI) Worldwide founder Jim Luce announced today that OI America has received sufficient financial support -- including a $60,000 individual gift -- to expand its operations and activities in Indonesia with the initiation of OI Sumatra, joining OI's existing projects on Bali and Sulawesi. Implementation of the project has begun already and the first home should open on the outskirts of Banda Aceh, epicenter of the tsunami disaster in Indonesia, in February.

Meetings with government officials in Jakarta, Banda Aceh and Medan last week kicked-off OI's effort to provide a secure home and support for children orphaned by the recent disaster. Coincidentally, Mr. Luce had met in New York with Indonesian Chief Social Welfare Minister Alwi Shihab to discuss a similar expansion in December, just prior to the tsunami. Mr. Shihab is now coordinating Indonesia?s response to the disaster.

UNICEF reports that large numbers of young children have died in the disaster. Survivors, according to Reuters, have spoken of waves tearing babies from their arms; being small, toddlers also had little chance of outrunning the water or simply did not know what to do when the tsunami hit. The average age of children in OI Bali and Sulawesi is nine.

Luce and Ramdani Sirait, founder of OI Bali and a native of Sumatra, have begun negotiations with the local government to obtain through grant or purchase a 40-acre (16 ha) property outside Banda Aceh. Following OI Worldwide's general development plan, construction would begin as soon as possible on a campus composed of 60 small homes (for four children each), schools, polyclinics for medical, psychological and dental health, sports parks and athletic facilities. Emergency housing will be constructed first.

OI Sumatra aims to provide a continuing and long-lived base of support for the tsunami victims. The campus is slated to be fully integrated into the local community, and serve as a locus of interaction for international humanitarian organizations working with Indonesian NGOs in Sumatra.

"Orphans International differs remarkably from many other institutions as our goal is not to warehouse children but to transform them into global citizens," Luce states. "Though our interfaith approach, high adult-to-child ratio, and emphasis on education, the arts and athletics, we are not merely rescuing tsunami victims, but attempting to raise the next generation of leadership in Indonesia," Luce adds.

In addition to the launch of OI Sumatra, OI Bali founder Sirait has announced that OI's original two Indonesian projects -- OI Bali and OI Sulawesi -- would each double their capacity to welcome children tragically orphaned by the tsunami that has killed over 100,000 in Indonesia alone. "Children in schools from New York to Colorado are now raising pennies to assist us," states Luce.

"The enormous scale of this disaster precludes any one organization or government from stabilizing the situation," states OI America board member Tim Vanover. "However, if every NGO on the ground there could assist to their maximum capacity it would alleviate much suffering and despair," he adds. Vanover continued, "I am proud that OI can play a modest role in securing the future of a significant number of the most unfortunate victims -- the children."

OI's mission is to help orphaned or abandoned children grow into solid citizens of the world through a stable, family-like environment that is simultaneously interfaith, interracial, international, intergenerational, and Internet-connected. "Our new Aceh orphans will be given the same opportunities as the rest of our children," states Luce.

While OI has received enough funding to embark upon this ambitious project, additional support will be required to provide the highest level of support for as many orphans as possible. Tax-deductible contributions for the Emergency Tsunami Fund, deductible for 2004 through Jan. 31, 2005, may be sent to Orphans International America, 540 Main Street #418, New York, N.Y. 10044, earmarked "OI Tsunami Orphans Fund." More information can be obtained from the organization's website, www.oiww.org, and contributions may be made on-line at http://oiww.org/howtohelp.html. Note that contributions to tsunami relief programs are now tax-deductible for 2004 through January 31, 2005 under H.R. 241, Section 1 Acceleration of Income Tax Benefits for Charitable Cash Contributions for Relief of Indian Ocean Tsunami Victims.

OI America is a not-for-profit corporation incorporated in the State of New York in 2002 and listed with the N.Y.S. Department of Charities. The organization is designated as a 501(c)(3) charity by the IRS. All Indonesian affiliates are incorporated and registered in Indonesia as well; Sulawesi was incorporated in 2001 and Bali in 2004. Other affiliates are being formed in Guyana, Haiti and Togo.

Tibet on the Web