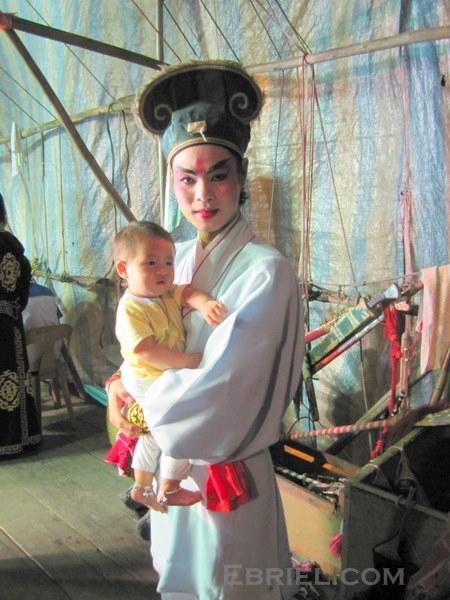 Backstage with a Chinese opera troupe in Penang, Malaysia This baby’s bed is a backstage bassinet, and he has already heard more Chinese operas in his short lifetime than most of us ever will. 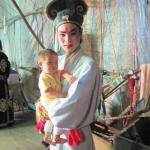 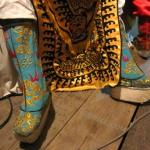 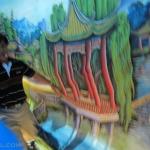 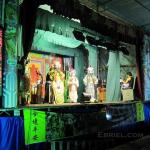 Chinese operas are a spectacle of light, color, and clashing cymbals, best viewed with a pair of earplugs. The costumes and scenery are sumptuous, the singers' warbles unearthly, and their painted expressions are heightened for viewers as far as the back row. Such a stylized performance makes me wonder what goes on behind the satin curtains of a Chinese opera, and last week I was lucky enough to find out. Penang, Malaysia. A message lights up my phone: “CHINESE OPERA TROUPE FROM FUJIAN HERE TONIGHT. WANT TO COME? MEET AT HAINAN TEMPLE 7PM” It’s an all-caps message from Ang Huah, director of cultural programs for the Hainan Clan Society in George Town, on the tropical island of Penang.

That night I climb a rickety ladder to a handmade wooden stage, where a performer clicks arrows on her netbook in time with the actors' dialogue.

She is in charge of the opera's subtitles. The troupe performs in the Fujian dialect of their home village in southern China; subtitles are in traditional Chinese characters so local audience members can follow along, regardless of what dialect they speak. A shrine is set up to the Opera Gods. After I shot this I was advised not to take photos of them; this close-up crop is blurry but gives a glimpse of the deities who influence everything front- and backstage. From behind I spy a musician's notes above her instrument. .

Living and working in the confines of a tour bus require diplomacy with the inevitable power struggles between leading warriors, divas, and their supporting staff. The trust between an actress and her wig-stylist, and that of a leading actress and her on-stage companion, and of this warrior and the musician who sets the beat for the next scene, are key to the smooth functioning of a performance group. The hand painted backdrops are a silent player in every scene, and are changed with rapid precision. Costumes have esoteric touches that inspire fashion designers even today, like these platform shoes. The leading lady was unhappy with the first three photos taken with me, but she approved of this one - I've crouched down so her wig towers over us. They're already priming the next generation of performers; this baby's bed is a backstage bassinet, and he has already heard more Chinese operas in his short lifetime than most of us ever will. You can see the entire set of my Chinese Opera pictures here on Flickr.

I've Got My Eyes on You (photo-essay)

Sleeping Inside a Camera