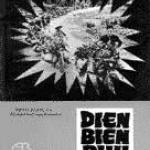 On my last trip to Southeast Asia I found myself, somewhat unexpectedly, in the Laotian city of Luang Prabang. I had no map, no guidebook, and no particular plan, so when an English journalist and some French travelers invited me to join them on a ferry journey north to Muang Ngoy, I readily agreed. Our trip went well, and after Muang Ngoy we continued on to Muang Xay, Muang Pakbeng, Houayxay, and across the border to Thailand.

Months later, at home on a snowy morning in western New York, I pulled out my trusty world atlas and nostalgically retraced my trip across Laos. To my surprise, I discovered that Muang Ngoy lay a mere 60 kilometers (35 miles) from Vietnam, and that just over the border lay the famed battlefield of Dien Bien Phu.

This piqued my curiosity, and I began reading up on this battle in which Vietnamese communist forces under General Vo Nguyen Giap decisively defeated French colonial troops commanded by General Henri Navarre. I reread the relevant chapters in my copies of Vietnam: A History, by Stanley Karnow, and America's Longest War, by George C. Herring, both considered authoritative accounts of the Vietnam conflict. Though detailed, intelligent, and objective, these books provided an incomplete picture. They spoke with American voices, voices not unsympathetic to the Vietnamese communists, but American voices nonetheless. I wanted to hear the Vietnamese side of the battle.

Fortunately, The Gioi Publishers of Hanoi has recently released a revised and supplemented edition of Dien Bien Phu, an account of the battle penned by no less than General Giap himself. His book provides a detailed analysis of this key battle, but also reveals much about the mind of one of the great military commanders of the twentieth century. The Vietnamese viewpoint of Dien Bien Phu supplies some much needed balance to the accounts of the battle written by Western soldiers and historians.

The battle of Dien Bien Phu began in 1953, when General Navarre fortified the valley of Dien Bien Phu, which lay in an isolated corner of northwestern Vietnam. Navarre wanted to defend northern Vietnam and Laos, but he also hoped to draw Giap's elusive Vietminh into a large-scale confrontation, where he believed that his paratroopers, foreign legionnaires, armored vehicles, and fighter-bombers would destroy the communist Vietminh once and for all. Navarre, however, had overestimated his force's strength and underestimated the power of the Vietminh.

In March of 1954, Vietminh artillery began pounding the French from the hills overlooking Dien Bien Phu. The French forces found themselves surrounded. They could not escape, could not be reinforced and could not silence the Vietminh guns. Outlying garrisons fell to the Vietminh in steady succession and in May of 1954 a final assault overran the inner defenses and 16,000 French troops surrendered. With this defeat, the strategic initiative shifted to the Vietminh. This led directly to the Geneva Conference of 1954, in which the nations of North and South Vietnam came into being. The French began their departure from Vietnam and the stage was set for American involvement.

These historic facts can be found in any of a hundred books recounting the history of post-World War II Vietnam. What cannot be found in such books, however, is the personal viewpoint of General Giap. To get this perspective, one must look between the covers of Dien Bien Phu. The first section of the 166-page paperback contains a personal memoir written by Giap in commemoration of the battle's 35th anniversary in 1989. The second section contains a detailed account of the battle originally penned to celebrate the tenth anniversary of the Dien Bien Phu victory. I could not tell if Giap authored this section; the numerous references to "U.S. imperialists and their stooges" suggest the work of government propagandists. Three fold-out maps of the battle zones, six pages of black and white photos, a color portrait of General Giap in his white dress uniform, and letters from President Ho Chi Minh to the "fighters of the Dien Bien Phu battlefront" supplement these two sections.

General Giap's memoirs comprise the most interesting portion of the book. We learn details like the fact that Giap traveled on horseback or in a captured army jeep and that he had great affection for the natural beauty of his country. And we learn that as commander of the assault on Dien Bien Phu, Giap faced a difficult decision. Should he follow a strategy of "swift attack, swift victory," in which his troops would make a lightning charge into the heart of the enemy defenses? Or go for a "steady attack, steady advance" strategy, in which his troops would patiently and methodically grind down the French defenders? Both options carried serious risks. After much agonized deliberation, Giap chose the "steady attack, steady advance" plan and fought on to victory. This decision remains one of the most significant of the entire conflict, for had Giap chosen the lightning strike option, the French might well have defeated his attack.

Western visitors to Vietnam, particularly those interested in military history, should consider picking up a copy of Dien Bien Phu. For travelers planning to visit the still-remote site of the battle, the book remains indispensable. But even if travelers never venture beyond the streets of Saigon (Ho Chi Minh City) or Hanoi, the book is still well worth reading. After all, Dien Bien Phu was one of the key events in modern Vietnamese history, and it seems to me that there is no better way to learn about this decisive battle than through the words of General Giap himself.