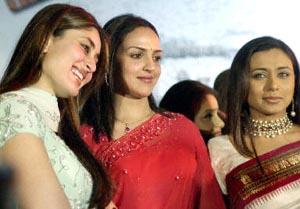 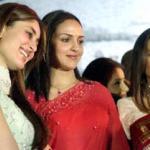 The 1999 Kargil conflict between India and Pakistan which claimed 1,000 lives is being brought to the big screen in a big-budget movie starring some of the most famous names in Bollywood. The four-hour "Line of Control" will portray the heroism of Indian soldiers during the battles fought on the icy heights of the Kargil region of Kashmir, its director said.

"Line of Control is very close to the reality of the 1999 Kargil war," said director J. P. Dutta, who has directed several hit films based on India-Pakistan wars. "I have done thorough research for two years to do this film and this is a tribute to all those armymen who fought for our country and gave their lives," he said.

The film's title refers to the defacto border which divides Kashmir between the nuclear rivals who have fought two of their three wars over the scenic Himalayan region. Kargil was not termed a war as it was not officially fought between two nations. The conflict was triggered in April 1999 when 3,000 infiltrators crossed from the Pakistani zone of Kashmir to the Indian side and launched an attack on the Indian military, allegedly at the behest of Pakistan's army.

Pakistan denied its soldiers were involved and maintained the infiltrators were Kashmiris fighting for independence from India. It took four months for the Indian army to drive the infiltrators away, during which time some 1,000 combatants from both sides were killed.

"There were 3,000 infiltrators and to drive them out India sacrificed 635 soldiers. Nearly 99 of our soldiers were shot in the eye. I was very moved by all this and since that I decided to make this film," said Dutta.

At an event to release the music of the film this week, Dutta was accompanied by three Indian army officers who fought in Kargil -- Lalit Rai, Y. K. Joshi and Kushal Thakur. "When I was without food and water fighting with the enemy at Kargil, I wondered whether the sacrifice by me or my soldiers would ever be remembered," said Rai.

"I am deeply touched to see people in Bombay still remember us four years down the line," he added. "I hope this film inspires young people to join the army and defend our country. I saw the audio visual of this film and I felt for a moment that I was reliving the Kargil war," Joshi said.

Dutta has specialised in making movies on India and Pakistan. "Border" which was about the 1972 war between the two nations was a hit in the 1990s, but his next film "Refugee" was a flop. But he said he did not want to be seen as only a director of war movies. "I only make films that appeal to me. The Kargil war touched me deeply when it was going on," Dutta told AFP. "I felt that I must do something to make Indian masses realise the sacrifices made by Indian soldiers. So this film is a small attempt from my side to do that."

Bachchan, son of Bollywood legend Amitabh Bachchan, plays Captain Vikram Batra who died during the conflict. "After doing this role I felt that what I am doing in life is nothing compared to what Captain Batra did," Bachchan said. "I feel that if I am safe and having good time in my city or my life it is only because of soldiers who are guarding our borders in extreme, difficult conditions."

After the conflict, Batra was posthumously awarded the Param Veer Chakra, India's highest award for gallantry. "We had the opportunity to interact with the Border Security Force and the army soldiers and I felt they should be more honoured compared to film stars," Bachchan added.