The Challenges of Being a Writer in Vietnam 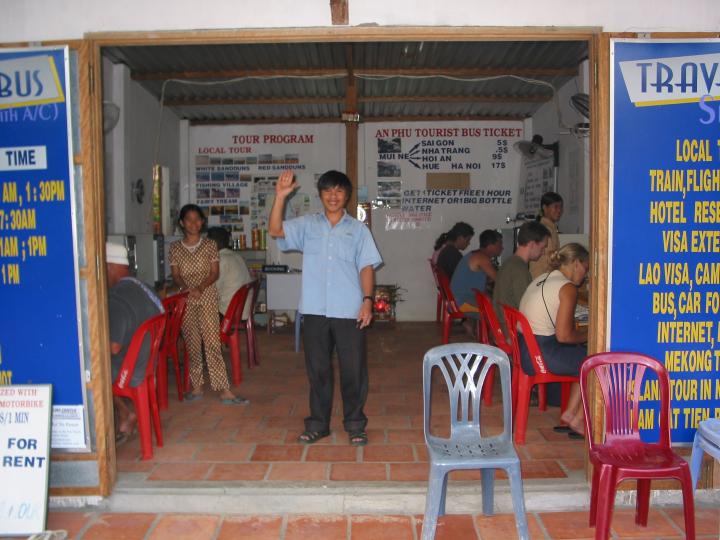 This could be your office. 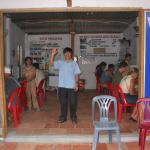 The average tourist visiting Vietnam will probably encounter no significant hurtles in regard to writing, whether for a blog, magazine article or even a guidebook. Despite being a developing country, let alone one with a communist government, travelers will encounter few limitations due to censorship or technology. However, writers who choose to stay in Vietnam for the long-term as expats may experience a unique set of challenges.

As long as a writer stays away from political issues, other subject matter doesn't usually raise eyebrows. Stories about tourism, culture, and entertainment will even be seen as beneficial (presuming that the majority are positive). I've interviewed most of the top celebrities in the music industry, and they are always eager for the opportunity to promote their careers in the foreign media. Likewise, resort and bar owners are happy to talk with writers if it means getting their business name in print. If you start interviewing numerous individuals who don't have obvious business interests however, the situation changes. When I began collecting local folk tales and legends for a future book, my Vietnamese friends warned me to use great discretion. If an American (all white-skinned foreigners are considered "Americans") begins questioning lots of people in small villages, it raises suspicions and the local police may soon arrive to investigate.

A few years ago many websites were unavailable from within Vietnam. Whether this was due to censorship or a deficiency in technology was not always clear. Emails frequently took more than 2 days to reach recipients outside of the country. Rumors circulated that Vietnam had begun filtering emails and the system was too slow, creating a backlog where emails were delayed or even lost. At present only a rare few websites are now blocked within Vietnam, and those to my knowledge, are all of a highly political nature, whose purpose is to undermine the government. This makes keeping up blogs and travel sites relatively easy.

Internet connections are prevalent in Vietnam, even in small villages. Free wifi was common in hotels and cafes in Vietnam long before it ever was in America. Unlike neighboring China, internet cafes are not temporarily closed during politically sensitive times. The real problem lies with electricity. In rural areas power outages and fluctuations are common. In Mui Ne Beach for example, the power is usually out on Monday and Tuesday during daylight hours. At my house just outside Phan Thiet, I had no electricity at all during daylight hours, and only enough for lights and fans at night. I did nearly all of my computer work in cafes, where I could plug into their outlets, but I always had to be prepared to hop on a motorbike to find a café in the next town, should the lights go out. Conditions vary however, and if you stay in a busy city or large hotel, you may never have a problem. One word of warning-never rely on generator power. The current is too unstable. I've damaged a laptop and several cameras that way.

It can be difficult to acquire necessary English-language books and printed research material within Vietnam. Illegal photocopies of current bestsellers and lonely planet guidebooks are sold by street venders everywhere, but only a handful of legitimate used bookstores are located in backpacker areas of Saigon and Hanoi. All books mailed to Vietnam may be inspected and held for translation. While only religious and political materials are usually confiscated or returned to sender, other media may still be held for inspection for weeks or even months. Whether sent by conventional mail or Fedex, my mail always ends up at the provincial post office headquarters, where the same "special taxes" are required to claim the items. I've noted that when my Vietnamese friends collect the same sorts of parcels, they are never charged the extra fees.

Certainly learning the language will make your life in Vietnam significantly easier and provide you with a much richer experience to write about. While living in Vietnam and speaking the language may make your pitch for a story more attractive to magazine, newspaper and website editors, this is not necessarily true for guidebook publishers. The popular guidebook publishers have a history of hiring writers who have written guides for other countries or are widely published in periodicals, but few of these writers have ever actually lived in Vietnam or speak the language. All the well-known publishers are owned by larger companies that produce media on a broad range of topics (even Lonely Planet was recently purchased by the BBC) and sometimes they overlook the unique approach necessary to cover each country. They tend to play it safe by choosing writers that they are already familiar with, assuming that they can learn enough about the country as they travel.

Because many guidebook writers are new to Vietnam, this often has the unfortunate result of skewing recommendations in inappropriate directions and grandfathering obvious mistakes over successive editions. Naturally, a writer living in Vietnam has the advantage of being able to visit areas more than once and base reviews on accumulated experience. A writer visiting the country on a singular, short-term research trip will expectedly produce a much more superficial survey of the region, and must rely on others to supplement any deficiencies in their research after they've gone back to their home country. A writer who cannot speak the language will rarely take the reader off the well-beaten tourist track.

Every writer struggles to make a living, at least initially. Fortunately the low cost of living in Vietnam makes the struggle easier, as it is possible to live humbly yet comfortably on less than $10US per day. It is unlike that you'll find opportunities to write for international news organizations like Reuters, Associated Press or CNN, as they tend to contract with local news services or Vietnamese citizens to cut costs and red tape. However, it is possible to write for domestic news services and magazines within Vietnam, but you'll be paid the meager local rates. When it comes to writing for well-known magazines back in the USA, UK or Australia, the payoff relative to the amount of work involved can actually be much more lucrative than writing guidebooks. Due to the large pool of available writers, the fees paid by most guidebooks publishers have gradually declined, and may only cover the cost of a round-trip ticket and the expenses during research. Here again, as an expat you have an advantage, in theory, because you are already in Vietnam.

Whether you write a guidebook, write for magazines, newspapers, your own book, or a blog, you probably won't get rich, but it's unlikely you'll regret the experience. Vietnam is a country with a rich culture which will offer you a wealth of experiences to draw from for the rest of your life.

Adam Bray has written articles for Transitions Abroad, Entertainment Vietnam, eChip and is a contributor to upcoming guidebooks for Cambodia and Vietnam. He has assisted with documentaries for NHK and CBS in the USA, and has served as a production assistant and location scout in Vietnam. His website MuiNeBeach.net is recommended by Lonely Planet Vietnam 2007 and Lonely Planet's Vietnam, Cambodia, Laos and the Greater Mekong, 2007.