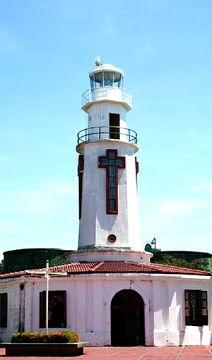 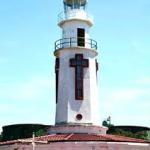 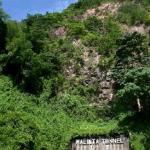 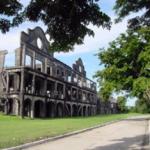 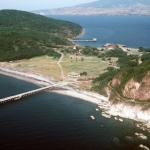 Roiling thuds from warship mortars, swishing sounds from fighter planes, the wailings and myriads of deaths probably depict the actual scene of blood-spattered battle in summer of 1942.  All of it reverberates to my mind while my passenger ship passes through the waters of Corregidor. Taking a quick video on the site, I can imagine how frightening it was: Below a pale grey sky, a huge black smoke perhaps darkened it, old Japanese warships abounded—outmoded planes dropping off bombs—and the island of Corregidor seemed like a living hell alongside the blood of innocents.

Corregidor Island obviously is well-known for its valiant task in the Second World War (a thing that should not be). Such war was despicable. It was one of the most hated events ever recorded in the annals of history. But then, after that, everything has changed. Many travelers today have been visiting Corregidor because of its colorful past and affluent history.

My concern for Corregidor stems from my recent travel to Manila. Sailing along its coast reminds me of my visit in the island 3 years ago. I should have written about it earlier, knowing how important it is and the symbolic legacy it stands for. The fortified rocky Island of Corregidor was the site of one of the bloodiest confrontations between Filipino-American soldiers and Japanese Imperial forces during the Second World War. This national shrine is an important tourist spot in the Philippines which is managed under the province of Cavite.

About 48 kilometers west of the Philippine capital, Corregidor situates itself just at the mouth of Manila Bay. Its strategic location was vital in the defense of Manila during World War II. It is about 3 miles long and around 1.5 miles at its widest point (facing China Sea) and is bordered by the provinces of Bataan and Cavite. Corregidor is also called “Gibraltar of the East”.

During the Spanish regime Corregidor served as its first line of defense against any intruder and a checkpoint for vessels entering Manila Bay. The American take-over had made Corregidor its military base, setting up its mile-long barracks and other structures in the island. In 1942 the Japanese heavily bombarded and destroyed it which forced Filipino and American soldiers to move inside “Malinta Tunnel”.

Such underground passage was built in Corregidor as an arsenal. In the midst of violent war Malinta Tunnel functioned as a hidden quarter for the Philippine President and was able to hold 1, 000 hospital beds for wounded soldiers.  Corregidor fell to the Japanese in May 1942 after 4 months of fierce fighting until the Americans recaptured it in February 1945.

Corregidor, when viewed aerial, remarkably looks like a tadpole (with its tail running eastward) at the entrance to Manila Bay. Its rich history continues to draw Filipinos and foreign tourists alike, making the island one of the most visited tourist spots in the country. Here you can see the remains of devastated headquarters and barracks, gun batteries and heavy armaments, monuments, a lighthouse which gives fascinating view of Manila Bay, and the ruins of General McArthur’s headquarters.Historical treasures found in Corregidor are the following:

Malinta Tunnel – Construction began in 1922 and completed in 1932. The Tunnel was formerly a weapon store and an underground hospital. Located under the Malinta hill, it served as bomb-proof headquarters for Filipino-American troops during World War II.

Corregidor Lighthouse – Originally built by the Spaniards way back 1836 and one of Corregidor’s oldest landmarks, the Lighthouse offers a great view of Manila Bay, the South China Sea, and the rest of the island. It is located at Topside and is 628 feet above sea level.  In 1897, the defective lighting apparatus was changed extending the range to 33 miles (53 km). The grounds and keeper's dwellings were further improved during the American occupation. During WWII, the lighthouse was damaged during the siege of Corregidor. The lighthouse was totally reconstructed in the 1950s with a different design and stands on the same spot where the first lighthouse once stood. The whole lantern of the lighthouse was recently replaced by the Philippine Coast Guard to run on solar power.

Topside and Middleside – Topside and Middleside include remains of soldiers’ and officers’ barracks such as the Mile-Long Barracks and many artillery batteries such as the Battery Hearn. Beneath the “Topside” was the fortified communications center of the island, as well as the location for the Army headquarters, barracks for enlisted men, a branch of the Philippine Trust Co. bank, the Cine Corregidor movie theater, officers’ quarters, underground ordnance shops, the traditional parade grounds, an Officers’ Club with a 9-hole Golf Course, tennis courts, and swimming pool, and the bulk of the batteries that constituted the strength of Corregidor.

President Manuel L. Quezon Park – A statue of President Quezon stands at the north entrance of the Malinta Tunnel’s 1,000-bed hospital where he was inaugurated as the President of the Commonwealth for a second term at the height of the Japanese attack in Corregidor.

General Douglas MacArthur Park – A statue of the General stands at the Lorcha Dock ruins at Bottomside where he boarded a boat to Mindanao on March 11, 1942.

Japanese Garden of Peace Park – Located at Tailside, the park features a 10-foot stone Buddha, a Shinto Shrine, and various Japanese soldier memorial shrines and anti-aircraft weapon relics. This also once served as a place of prayer for Japanese war veterans and their relatives.