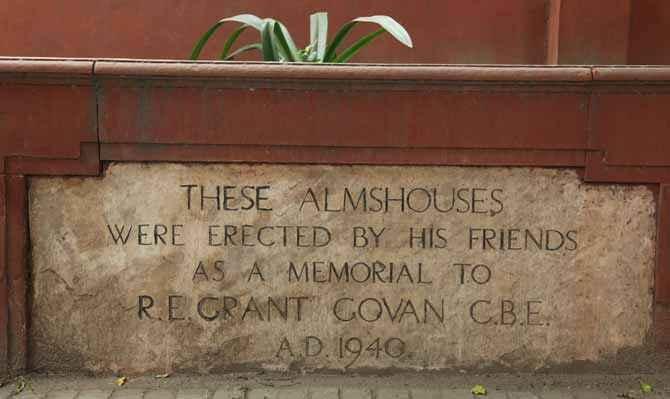 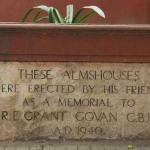 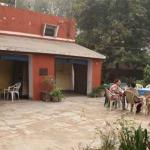 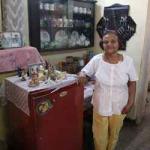 Tucked away down a nondescript road in Old Delhi is a large tree-filled compound with a cluster of red, low cottages. Dusty trees and barbed wire surround the low walls, none of them any deterrent at all against a troop of rhesus macaques that suddenly descended en masse.

They must have smelled the plates of cakes and sandwiches and pakoras being laid out for tea in the garden of the Grant Govan Home on Friday morning.

Clearly used to these visits from the monkeys, the elderly inhabitants all immediately started shouting to scare off, while the group of visiting British ladies (and one valiant British husband) looked on.

The Grant Govan Home is home to a group of 7 old people - 6 chirpy ladies and one quiet, dignified gentleman, all Anglo-Indians who, for one reason or another, have come to live in this quiet little haven. Far away from the traffic noise of Old Delhi thundering away in the dusty distance, far away from their original homes, these friendly, welcoming old people live together in a largely happy, although sometimes fractious group.

The home was started by friends of Grant Govan, after his death in 1940. He was clearly a man of many impressive parts: a successful business man, a pilot, a cricket enthusiast, Govan left his mark on India way beyond the homes founded in his memory.

As if this were not enough, he also founded Indian National Airways, which would be nationalised and merged into Indian Airlines in 1953.

Small wonder that his black and white photograph still hangs proudly in the room of each of the cottages that were built in his memory. The residents are all clearly proud of him, and his photo shares pride of place with those of Her Majesty the Queen.

The residents of the home are always happy to receive company, for their lives are, by their own admission, sometimes a little lonely. So visitors are welcomed enthusiastically, and in no time at all we had a regular tea party, and between eating and talking and endless cups of tea, they told us their stories.

There is a touching similarity in all their stories, of families who emigrated decades ago, and gradually lost contact, whilst they stayed on in India. With children and grandchildren overseas, contact lost with brothers and sisters, when their spouses die, they are - sadly - often all alone.

And so the community looks after their own, and they live a quiet, sheltered life of chatting and reminiscing, of housey-housey andsing-songs, with the occasional trip out. They are all remarkably cheerful and uncomplaining - though the dodgy gas connection did come in for quite a bit of good-natured grumbling.

But, boy, are these senior citizens feisty and oh-so-proud of their Christian, Anglo-Indian heritage. They were delighted to welcome us into their individual cottages, which are cosy and crammed full of memorabilia (naturally).

Photos of their families have pride of place, alongside little china figurines, dolls piled on the bed, and always a small altar. Religious statues, a crucifix, often a photo of Mother Theresa - there is a touching similarity to the framework of their proud lives.

If there was one palpable regret that day from Hazel, Phyllis, Kerry-Ann, Philomena, Joy and Valerie, it was that we didn't all have a jolly sing-song (Stanley kept discreetly quiet about it, as he did most things, poor outnumbered chap). They were keen to tell us how much they all love singing and dancing, and despite being pretty deaf, Phyllis proudly told us she was - and still is - the dancing queen. And all her mates concurred. Whenever they go to the socials arranged by the wider community, it is Phyllis who is first on the dance floor.

We, the visitors, were kissed and hugged and fussed over by these lovely old folk, in an overwhelming show of affection. They were happy to answer all our questions, and pepper us with questions in return, as we sat in the sun tucking into cake and tea.

As we eventually drove out of the compound, after another long kissing and hugging session, and plunged back into the roar of Old Delhi traffic, we left behind us the dusty world of a fast disappearing old Anglo-Indian way of life.