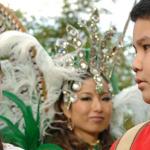 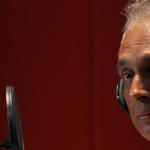 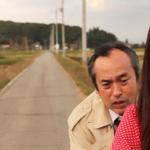 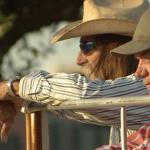 Now in its 23rd year, the Cinequest Film Festival, held annually in San Jose, Calif., once again presents an eclectic array of independent films from all over the world. Each year, ThingsAsian posts my reviews of Cinequest's Asian and Asia-related entries. This year, only four were available for pre-festival review: Goldfish Go Home, The Playback Singer, The Pretty Time Bomb, and We Went to War, all of which feature characters both real and fictional, who found themselves feeling like strangers in strange lands, with their own unique perspectives and ways of coming to terms with their surroundings.

West meets East when a Brazilian boy named Ricardo finds himself fully immersed in the culture of rural Japan, complete with enrollment in a Japanese elementary school, and a pretty desk-mate named Hanako who doesn't speak a word of Portuguese. Ricardo's mother has just lost her job, his father is out of the picture, and he's being relentlessly bullied at school. His only haven is the Samba Café, owned by a Japanese eccentric named Carlos, with a flair for Brazilian culture.

But Ricardo's life takes an unforeseen turn on his way home from school one afternoon when he experiences a mystical vision of the beautiful Chinese bride of a Japanese prince, whose ancient spirit inhabits the landscape surrounding the goldfish hatcheries owned by Hanako's father. Following the apparition of the princess to a secret grotto at the base of a waterfall, Ricardo finds a luminescent blue goldfish, which he captures with his knapsack. News of the magical fish soon reaches the mayor, who wants to claim it as a mascot for an aquatic park being developed to bolster the flagging revenues of the local economy.

Meanwhile, Hanako's world is spinning out of control. With her mother having abandoned the family, her is father losing his will to live, and the local yakuza are leaning on him to sell his goldfish hatchery to the park developers. Moreover, Hanako is convinced that Ricardo's magical fish is the incarnation of the Chinese princess that her mother once spoke of in a fairy tale. As controversy surrounding the mystical fish and the aquatic park soars to a crescendo, and the lives of the two children plummet to the nadir of despair, Ricardo and Hanako find allies in unexpected places who help them forge a path toward their own happily ever after.

Written and directed by Shohei Shiozaki, Goldfish Go Home is a 2012 production by 100MeterFilms, also known for Firefly Dreams, a 2002 Cinequest audience favorite. In much the same spirit, Goldfish Go Home is imbued with a sense of wonder and the promise of enchantment, with nuanced special effects and a brilliant finale that will make you want to believe in magic too.

An already-strained marriage between Priya and Ray is pushed to its limits when Priya's estranged father, Ashok, an Indian playback singer of modest renown, comes to Southern California for a visit while on a concert tour of the United States. Priya, an altruistic but stressed-out public interest attorney is nearing the end of her rope with Ray, who has abandoned his teaching career to pursue freelancing as a playground equipment designer. Ray struggles with lack of motivation, exacerbated by smoking weed, drinking beer, and catnapping with his iPod to get his creative juices flowing. By the time Priya's father shows up, Ray is facing ultimatums on the home front, as well as in his sole client's back yard. And although Priya has gone the extra mile to make her father feel at home, with his edgy candor and meddlesome comments, Ashok's disapproval of the couple's lifestyle is palpable.

Each morning, Priya heads off to fight the good fight, while her father grouses over every minutia, and Ray sleeps in. While Priya is hard at work, Ray and Ashok trade passive-aggressive barbs over beers and glasses of red wine, poured just a little earlier with each passing day. Household hostilities reach critical mass when Priya loses an important case, Ray's client pulls the plug on his only project, and Ashok's concert tour goes awry. But as the old proverb says: With crisis comes opportunity. And in the case of Priya, Ray, and Ashok, theirs is an opportunity to let go of the past, to make amends, and to find love through acceptance.

Written and directed by Suju Vijayan, The Playback Singer is a top-notch production with a diaphanous air of intimacy that mindfully reveals the complexity of its characters within the context of fragile relationships. Performances by Navi Rawat, Ross Partridge, and Piyush Mishra are played with such unvarnished authenticity and subtle sincerity that it's easy to forget they are actors in fictional roles and not the family who lives next door.

From the soles of his scuffed-up shoes, to his receding hairline, police detective Tel is a loser with a capital "L". His clothes are rumpled, his hygiene is amiss, he's out of shape, and hopelessly inept. But bless his heart, he's inexhaustibly devoted to his job. Nevertheless, when his bumbling finally gets on his female partner's last nerve, she can't resist the urge to head-butt him square in the nose, leaving him knocked out cold in a neighborhood park. And that's where he meets Clara, an enigmatic young woman who suffers from "Happening Disease", a strange affliction that causes one to encounter very unrealistic accidents or "happenings" in one's daily life.

In the process of their ongoing investigation, Detective Tel unwittingly attaches metal bracelet to his wrist. The mysterious device is piece of crime scene evidence, which he soon learns is a wireless detonator that activates a thirty-minute timer for a heart-shaped bomb implanted in Clara's abdomen by her ex-boyfriend. Each time the detonator alarm reaches the 10-second countdown, it plays Mendelssohn's wedding recessional, and Clara must touch pinky fingers with the wearer before the bomb explodes, and the thirty-minute timer is reset. Even worse...Clara's ex has disappeared with the key.

In their quest to find the missing key, Tel and Clara encounter a string of freakish characters who would be right at home in the cast of The Rocky Horror Picture Show, all the while touching pinkies every thirty minutes to satisfy Mendelssohn's unrelenting call.

With its far-fetched premise and kinky cast of characters, The Pretty Time Bomb can only be categorized as Japanese theater of the absurd. And while watching it may be downright painful, and it may leave you scratching your head at times, there comes an epiphanic point when the slings and arrows of Tel's hapless life flash before his eyes that somehow makes it all worthwhile.

We Went to War

Now in their sixties, life goes on for David Johnson and Dennis Bolinger, two of the three Vietnam veterans first introduced in Michael Grigsby's 1970 documentary film I Was a Soldier. All three boys grew up in a triangle of central Texas towns; all three young men marched off to fight a futile war; and all three soldiers came home bearing the invisible scars of PTSD. The third, Lamar Wyatt, has since died from the effects of exposure to Agent Orange, but his memory lives on through the narratives of his widow, Barbara Wyatt, and his daughter, Michelle Carlile.

In this heart-rending redux, Michael Grigsby revisits the dusty Texas heartland to update the portraits of the three young men he first painted on film more than four decades ago; and the years since then are etched in their weathered faces and graying hair. Although Dennis Bolinger still puts in a full day's work doing home repair and remodeling, and David Johnson spends endless hours casting his line into his favorite fishing hole, they still carry the gravity of war on their weary shoulders. Both speak of post-Vietnam America as a country unprepared to help its returning soldiers cope with the emotional backdraft as they attempted to reintegrate themselves into their families and hometown communities. And both speak wistfully, in untethered terms, of the alienation and anger, the sorrow and futility, and of family and friends who knew not how to build a bridge across the emotional abyss.

We Went to War is a staid mosaic of pensive monologues and unaffected vignettes, poignant juxtapositions of then and now, against the stark backdrop of rural Texas, where the unblinking gaze of those who went to war still begs the unanswered question: What was it all for?