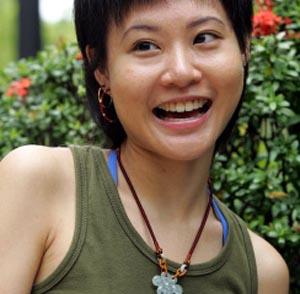 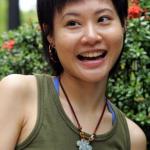 SINGAPORE, March 14, 2005 - Wearing low-cut jeans, a tube top and a funky hair style, Au Tak Lam projects as cool an image as any of her trendy Singaporean peers. Her hip dress sense, however, is visibly influenced by an ancient Chinese trade.

Instead of basking solely in the bling-bling of modern fashion accessories, Au, a computer engineer student, matches her swanky outfits with jade amulets, while colourful crystals adorn her nimble fingers. "Crystals emit positive energy, while wearing jade produces a calming effect and enhances wisdom," said the 24-year-old, who works on the weekends at a shop selling feng shui ornaments in one of Singapore's bustling malls. "It never ever hurts to have auspicious symbols by your side."

The knowledge of feng shui, or geomancy, had, until the early 20th century, been closely guarded by scholars and the Chinese Imperial court, with its practice limited to only the wealthiest families in feudal China. With the "Middle Kingdom" now firmly positioned at the economic and cultural crossroads of an increasingly globalised world, this ancient practice has found its way into the lives of many overseas ethnic Chinese youngsters such as Au.

"There is no doubt that feng shui is becoming more and more popular amongst the young and trendy," Philip Lim, the editor-in-chief of Malaysian-based Feng Shui World, one of Asia's most widely read feng shui magazines, told AFP. According to a survey conducted by the magazine last year, 58 percent of readers were aged 35 and below. Close to a quarter were between 20 to 25 years old. "These days, it's increasingly being approached as a metaphysical science, rather than a religious practice, making it much friendlier to modern crowds," Lim said.

Helping to dispel the myths behind this practice, which dates back thousands of years, is the Singapore Fengshui Centre, a local feng shui research institute that conducts three-month feng shui courses at Singapore Polytechnic. According to its founder, Vincent Koh, 20 percent of the centre's students over the past year were aged 30 and below, a far cry from the course's first intake in 1997, which comprised almost exclusively middle-aged men and retirees.

"We have examples of 17-year-old students coming in simply to learn more about the trade, and end up practising professionally," said Koh. "The benefits are there for all to see," added the former real estate agent. "Feng shui, like traditional Chinese medicine, has gained credibility even among Singaporean youths, who don't usually care about such things." Indeed, institutionalizing what is now often termed "the science of feng shui" has injected fresh impetus into an industry many previously had associated with age-old superstitions and dogmatic rituals.

It seems that in a practice propagating the positioning of objects based on the flow of "chi" (energy), it is this new generation of feng shui enthusiasts who are most well-placed to fan the winds of positive change. Roy Sung, a 26-year-old freelance geomancer, for instance, sometimes earns up to 10,000 Singapore dollars (6,060 US dollars) a month offering his services to singles and couples in their 20s and 30s. Sung said he sees an average of 10 clients a week, with his clientele coming mainly from an online feng shui forum he moderates.

"Young people generally know that feng shui is beneficial, but can't really communicate with the older feng shui masters, whom they see as old-fashioned and superstitious," he said. "I don't force my customers to change their homes' interior designs to suit the advice I give them, but instead provide suggestions catering to their own home concepts."

Feng Shui World editor Lim estimates that there are at least 100,000 people in Singapore who consult feng shui practitioners each year. Charges can swing wildly from 38 to 3,888 Singapore dollars per session, depending on the consultant's reputation and scale of work, according to Lim. With such a lucrative market up for grabs, traditional feng shui consultants are, unsurprisingly, fiercely critical of the radical approaches of their younger, more modern counterparts.

Brandon Chua, 37, said he came up against opposition from traditionalists when he abandoned a six-figure annual salary as a regional sales director to become a full-time feng shui consultant three years ago. He said he was once told by an established colleague to "toil the trade for 10 more years before you ever say anything", advice he promptly ignored.

"There is a big debate between classical feng shui, which adheres strictly to what's written in the books, and modern feng shui, which is more application-based," he said. Chua remains unfazed. The self-proclaimed "non-conformist" plans to offer his services from a small home office, abandoning a city shop to move away from the cut and thrust of his prolific traditional counterparts. "Feng shui, having long been part of Chinese culture, has superstitions intertwined with scientific belief," he said. "Most people take it as a magic trick, but really, it's all about the simple philosophy of living in harmony with your environment."