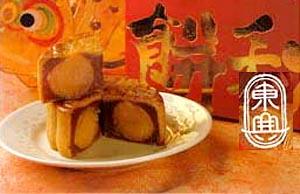 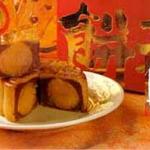 My memories of Mooncake Festival comprises of a cool evening walk around the neighborhood with a bunch of friends, each carrying a lantern swaying at the end of a stick. We would walk cautiously and very carefully, in case our little paper lantern goes up in smoke! Then, it was great fun. We were only 10 years old, and the moon shone brightly overhead.

The moon had always been an object of fascination for the longest time. Way before space traveling came about, human had always looked at the moon in a special way. Be it a starry-eyed moment or an scary version of werewolf coming to mind, the awed feeling of starring at a large full moon in a clear night is almost as dreamy as the moment itself.

There have been many stories related to the moon, although the oriental versions are slightly more romantic and does not come with bloodcurdling werewolf incidents. There are also several legends attached to the Mooncake Festival. This festival, celebrated on the 15th day of the eight lunar moon as according to the Chinese calendar, is a festival of commemoration. To the Chinese, Mooncake Festival is celebrated in remembrance of the overthrowing of the Mongols, a moment where the people savored victory at last! It was during these oppressive times that the revolutionary leaders called for the people to rebel against the Mongols. As public meetings were not allowed, the leaders united and got their messages across to the people of the land by smuggling secret messages hidden in mooncakes. Within it is the message written to tell the people of the time and date of the revolution. When the time came, the oppressive Mongol rulers were overthrown and the people were finally liberated!

Here is another version of a Chinese legend attached to the Mooncake Festival. The hero in this next legend is a beautiful woman by the name of Chang-er. Beautiful Chang-er was married to a remarkable archer known as Hou-yi. It was believed that Hou-yi was responsible for shooting down 9 of the 10 suns, which the Chinese believed existed. That also explains why we only have one sun now. Now that's food for thoughts. Anyway, fame soon got to his head and Hou-yi turned into an arrogant man. He began to envision his own immortality and the only way to achieve his dream is by eating two pills that can be obtained from a Goddess. Once a mortal consume these two pills, he/she would become a God or Goddess.

When his wife Chang-er found out about her tyrannical husband's intentions of gaining immortality, she decided to destroy the pills. She simply could not bear the thought of a tyrant having eternal life and causing more sufferings to the people. However, before she could throw away the pills, Hou-yi found out of her intentions and in desperation, she quickly swallowed both pills. As a result, Chang-er became a Goddess and floated to the moon. She is now known to be the Moon Goddess and is worshipped by the people. Now, you will find many devotees offering her joss sticks, candles, pomeloes, and mooncakes during this special occasion in remembrance of her deed.

These legends have been told and retold from generations after generations - a little magical drama in an otherwise "food fest" occasion. Mooncakes are delicious delicacy and is shaped like the moon hence the name. The commercialized versions come in boxes of fours and you can have the option of either a red bean paste, lotus paste or black bean paste mooncake. You can also have a choice of an egg yolk (from salted egg) or even one with double egg yolks. There are also the delicious mixed nuts and other strange new concoctions including durian, yam, pandan and green tea flavored ones. In Malaysia, even Häagen Dazs have caught on to the trend by coming up with ice-cream mooncakes, which is simply yummy but a little on the pricey side.

During this festival, the Chinese will exchange mooncakes with family and friends as a token of appreciation and a moment of celebration. For many, it is an excuse to eat and have fun. Children are the ones who will enjoy themselves the most during this time. In fact, I prefer Mooncake Festival a whole lot more to Chinese New Year when I was a kid. Lanterns galore in almost every Chinese shop in major cities exhibit interesting variety of designs, colors, shapes and sizes. Each year, you will see the design of these lanterns following the latest trend and craze. Last year's lanterns' designs mainly bear the Pokemon pattern or Hello Kitty. Of course, there are the usual designs of animals, cartoons or comic super heroes.

The old fashion ones are made of colored paper and are really cheap. The modern ones (where a kid cannot burn his/her fingers) are battery-operated. I would say no to such lanterns for the fun comes with the chance to play with fire once a year. As peanuts are a must for each Mooncake Festival, imagine the opportunity to grab some of these peanuts and "fry" them covered with dried leaves and twigs at the bottom of your garden at home. Small colorful candles are a must as well. Lighting up the whole box (or more) and placing them all over the gate to your house paints a pretty picture!

Those little joyous fun times as a kid are less appreciated nowadays. Most children are stuck in high-rise buildings and the need to socialize became lesser when Playstation 2 takes up more time and is more interesting than a half-burnt lantern and blacken peanuts covered in leaves. Despite the lack of interest these days, Mooncake Festival will still prevail in its own ways... Kids that continue to throng the streets during this full moon night will perhaps show the rest and pass on the tradition for many more years to come...