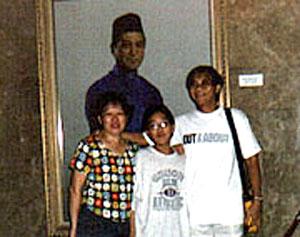 A Visit to Galeri Perdana 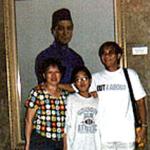 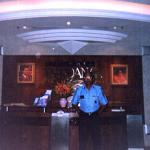 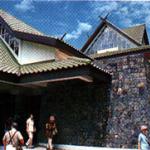 On the legendary and fabled-filled isle of Langkawi, there is a small rustic village called Kilim. Outsiders travel some 11 kilometers from the main town of Kuah for one purpose -- to visit Galeri Perdana. The two-story gallery, set within a landscaped garden, is a treasure trove housing more than 2500 gifts presented to Malaysia's Prime Minister, Dr Mahathir Mohamad and his wife Dr Siti Hasmah Mohd Ali.


Special Gifts from aroung the World

The exhibits are presented by people from all walks of life: from kings and emperors, presidents, head of states and titled personages to ordinary men from various villages in the country including some pretty interesting gifts from difficult to access areas in the deep interiors of Sabah and Sarawak. These include fine crystal ware and gifts fashioned out of the world renowned Royal Selangor Pewter, ubiquitous tropical hardwoods, fine leather, silver, copper, ceramics and glass.

In Block A of Galeri Perdana, the ground floor houses gifts made of wood, leather, crystal and other musical instruments. The first floor houses textiles, traditional games from various countries, weaponry, plaques and Islamic art. The automobiles given to Dr Mahathir are on display on the ground floor between the foyer connecting Block A and B. The ground floor of Block B exhibits gifts made from gilt, silver, copper, brass, iron and pewter. In addition, honorary awards are also on display. On the first floor, various gifts of textiles and handicrafts are exhibited. A small section of awards received by Dr Siti Hasmah are also situated on the first floor. There is a special section consisting numerous musical instruments. One that particularly caught my attention is a humble Dayak (an indigenous tribe living in Sarawak) musical instrument. This three-stringed sabe is masterly crafted using ancient instruments. Another majestic exhibit in the same section is the entire set of nobat (Malay royal court musical instruments).

In addition, there is a rich collection of Islamic art, calligraphy and craft, textiles and weapons, both the Malay-origin keris and foreign ones like the Japanese Samurai sword.

This marvelous collection of gifts from all over the world is the brainchild of Dr Mahathir. The setting up of Galeri Perdana germinated from his belief that the rich collection on display belongs to the people of Malaysia and is not his alone. Through the kind gestures of friendship extended to him and the country from denizens of the world, travelers to Langkawi can now gain the opportunity to appreciate the unique diversity of various arts, crafts, handiwork and culture as portrayed by the exhibits. The gallery also serves as a repository for Dr Mahathir to express his appreciation and acknowledge the generosity of the donors.

Galeri Perdana is also well endowed with photographs and paintings of the Prime Minister and they serve to trace his life from that of a young Alor Setar boy to that of a young medical practitioner and eventually to that of the longest serving Prime Minister in the world. Perhaps the significance of the location of Galeri Perdana can be explained by the fact that Langkawi is the place where Dr Mahathir first started his career as a young doctor in the early 1950s.

Those interested in the political life of the Prime Minister will enjoy the photographs on display. Through these photos, visitors can trace his meteoric rise in the political world in the mid 1960s, first as a mere Member of Parliament and then as a member of the UMNO Council. Then, there was his brief downfall from political grace from 1969 to 1972 due to differences in opinion after some racial riots in Malaysia. After that, up he went again, right until his eventual appointment as deputy premier in 1976 and subsequent accession as the nation's fourth Prime Minister in 1981.

Out of the hundreds of photographs and portraits, two particularly stand out. One is entitled "Young Mahathir in his youth". This portrait captured him as a slim youngster wearing a British-styled Derby hat and cuts a striking figure of the teenage Mahathir. It captures his persona of Dr Mahathir imbibed with qualities of vigor, strength and self-confidence. The photograph portrays to the viewer with a vision that greater things will be in store for Dr Mahathir later in life.

The other striking photograph is a dual portrait: one depicting a rarely-seen bearded and mustachioed Dr Mahathir (he is usually clean-shaven) and the other of him with a dainty Dr Siti Hasmah, both as new medical practitioners working in Kuah, Langkawi in 1950s. While the beard and mustache are certainly fashionable in recent times, Dr Mahathir is way ahead of his time when it came to personal grooming and facial care in the 1950s.

Many More Gifts to Come

Other interesting gifts in Galeri Perdana include nine luxurious cars and replica of houses presented to Dr Mahathir. The gallery is currently under renovation to store even more gifts presented to the Prime Minister in recent years. According to the caretakers at Galeri Perdana, there are two huge roomful of gifts yet to be unpacked due to space constraints.

If all these exhibits are a bit too much to stomach at one go and you want a breather, wondering around the garden would provide a relaxing break. One could, even on a hot, humid afternoon; laze rather comfortably outside under the protective canopy afforded by the foliage of trees in the garden. Here, one could truly appreciate the joys and beauty of Mother Nature at its best against a cacophony of insects screeching in harmony and the occasional melodious tones of the birds.

To truly appreciate the more than 8000 exhibits, you'll be wise to allocate at least two hours for Galeri Perdana -- and that's minus the breather time for wondering around the garden! Some visitors have even been known to spend the entire day there! All in all, with an admission charge of RM3 for adults and RM1 for children, Galeri Perdana is a very interesting place for travelers -- Mahathir fans or otherwise. The opening hours are from 10am till 5pm daily and 9am till 6pm on public holidays and school holidays.