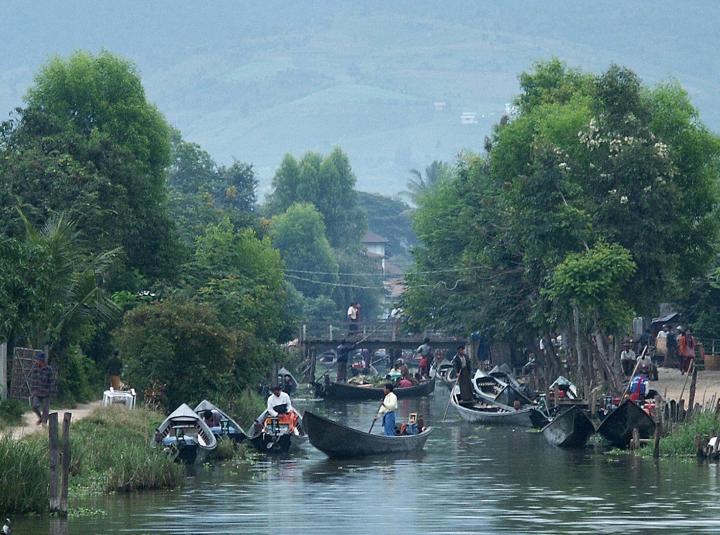 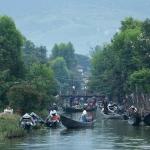 Here is how an empire is made.  First, the motherland permits its merchants to conduct business with the colony-to-be.  Then the merchants demand certain concessions from the native rulers, who, fearing for their sovereignty, decline.  So the merchants circulate malicious rumors:  the rulers are despotic and cruel; they are dissipated and lax; they dress funny; they make us take off our shoes before entering a temple or a home.

What was merely a commercial affair then becomes a moral crusade.  The army is wheeled in and the rulers are turned out.  The colony is annexed, and the victors then strut around, hailing themselves as liberators and gods.  And the merchants, now under the maternal care of the motherland's military, proceed to get rich.  And the parade of progress marches on toward...whatever.  Ours is not to question why; ours is but to work and buy - and die.

But in the meantime we can derive some consolation from the history of empires past, like Terence R. Blackburn's boldly-titled The British Humiliation of Burma, describing the imposition of the Pax Britannica upon the proud and ancient Burmese state.  As the title suggests, the process was not a pretty one, as it involved the very ancient tactics of intimidation, murder, theft, and the stern "refreshing" of natives, using canes.

At worst, history is but the sum or average or agglomeration of propaganda.  Thus what appears to be true, that in 1492 Columbus sailed the ocean blue, is ideally regarded not as true but as highly credible.  To a historian this view is rather threatening, for it means that the difference between, say, the conclusions of the film JFK and those of the Warren Commission is simply a difference in degree.  More people believe the Warren Commission, so it forms the standard history.  Conspiracy theories only employ a different set and grade of facts than, say, the op-ed page of the oracular New York Times, blessings be upon Its name.

This is wholly to the point. For the history of the Anglo-Burmese Wars is composed of two principal sources:  the English press and the "native" press.  Needless to say, the two organs took substantially different views of the English march to victory; accordingly, the English and Burmese historians of the conflict, writes Blackburn, "could almost have been writing about different countries."  And I think it fair to say that such disparities are with us today.  Hence mutual misunderstanding, enmity, and war.

The cover of Blackburn's book is telling.  Taken from the jingoistic English periodical Punch, it shows a uniformed British soldier kicking a giant toad up the backside.  The toad represents King Thibaw, Burma's last monarch.  Suspended in the air near the toad is an upturned bottle of brandy:  this derives from the slanderous English rumor that Thibaw was a drunkard, when it is more likely that, as a Buddhist monarch, he was a teetotaler.  Imagine the English of all people failing to see the irony in their taking the high road with regard to alcohol, which Orwell had deemed "the cement of Empire."   In his novel Burmese Days, English drunkenness was the rule.

Nor was this the only blemish on the Queen's lieges.  Blackburn quotes one Colonel Symes as saying that "very few" of the British traders in Rangoon were "men of respectable conduct."  A British officer describes one representative of the East India Company as "a vearie villane, debaucht, most audacios and dishonest."  A British general calls the Rangoon merchants "fraudulent debtors and violent and unprincipled characters."  Thus are great empires sustained.

Originally, and admirably, the English avoided war with Burma.  In fact, the Burmese started the First Anglo-Burmese War (1824-26) by encroaching on England's Indian possessions.  But the Second (1852) and Third (1885-1886) Anglo-Burmese Wars were wholly a matter of British pretext and provocation.  The three wars yielded, respectively, Lower Burma, Arakan and Tenasserim, and Upper Burma.  The First led the British to demand from Burma reparations to the tune of one million pounds; the Second, known to one of its detractors as an "inglorious war", was said to yield 1.3 million pounds extra revenue.  And by 1886 the British and French empires completely encircled an independent, and probably quite skittish, Siam.  More importantly, Burma shares a border with China, the real prize in the eyes of the colonials.  Containment of a kind goes back a long way.

So too does the manipulation of governments by businessmen, and of citizens by governments.  Having already called Thibaw a drunkard, the Rangoon merchants hoped to find a casus belli in a fairly standard purge of Thibaw's court, wherein, writes Blackburn, "some eighty members of the royal family were herded together...and ruthlessly murdered."  The merchants "claimed that they were horrified by the recent news.  This of course was sheer hypocrisy since it was a matter of indifference to them" if Burmese killed other Burmese:  in fact, the more the better.  Five years later, the merchants asked the Government of India to annex Upper Burma; the annexation began the following year.  "And so," writes Blackburn, "the might of the British army was directed against a weak sovereign state, not to save British lives but to protect British profits."  This of course was not the story told back home.  One British official intended to publish stories about Thibaw's wickedness that, he thought, "would make every old woman in London weep."

Having protected British profits, the British then looted Burma's royal palace.  One of Blackburn's principal worries is over some five million pounds worth of royal treasure that still remains unaccounted for.  Some (non-Burmese) sources believe that portions of it were spirited away by Thibaw's attendants as he was being led to exile.  As for Thibaw's regalia, "168 pieces survived in the Victoria and Albert Museum, London, of which 167 were returned to Burma during 1964-1965." One wonders what piece of regalia the British kept, and why, and how dare they?  Blackburn quotes an 1894 Illustrated London News article that attributes the theft of the regalia to British soldiers.  Also stolen - by whom it is not known - was the "Nga Mauk Ruby", subsequently to be sold in Britain, as well as ten solid gold ancestral images, which the British melted down.  One of the book's many excellent illustrations depicts an 1886 "loot auction" in Mandalay.

Native outrage over the conquest of Burma was practically unanimous.  One published criticism deserves to be repeated here, for its eloquence if for nothing else.  This from The Bengalee, 11 November 1885:

"The traditions of England are the traditions of freedom.  She has ever been the friend of the weak and the helpless; and now in persuance [sic] of a policy of selfish aggrandizement, she does not hesitate to destroy the liberties of a weak and defenceless [sic] people. It will not do now to say that Thibaw is despotic and cruel and that in the interests of humanity it is necessary to depose him.  If Thibaw had been cruel, his cruelties have long since been condoned by the British Government.  England now goes to war, not on behalf of suffering humanity, not at the call of an oppressed people, but to create a new market for British goods; and the infamy of the transaction is enhanced by the hypocritical excuse which is being put forward viz., that the Government has undertaken to avenge the interests of an injured company."

To be fair, Blackburn does mention that during the "chaotic reign" of Thibaw, "his subjects had been crossing the border...for a better life in British Burma".  Even today, some Burmese would probably welcome the British over the reigning Burman military junta, which is constantly smashing ethnic insurrections - a dynamic that apparently goes back to the eleventh century.  Then again, the junta owes its existence partially to shortsighted British cartography, not to mention their plundering of Burma's resources and their elimination of the royal tradition.

Empires share a pattern of evolution, and just before they fall their pretexts become increasingly thin.  An ally or colony must be protected, hence ringed with new allies or colonies; and the process continues until the barbarians can no longer be governed with a caning or a bomb.  But in the meantime the rubies keep heading in the right direction:  usually north.