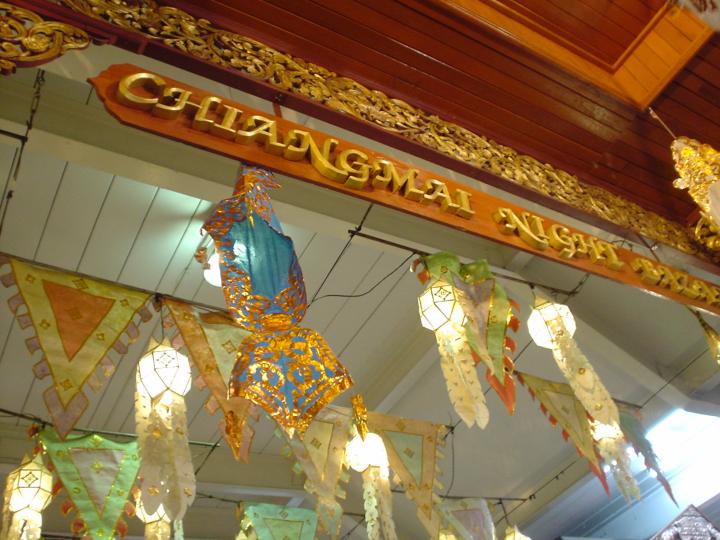 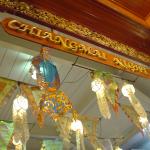 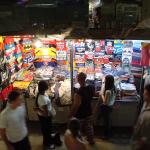 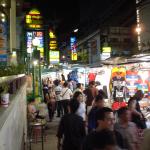 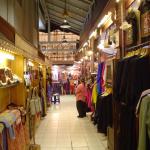 Every morning at the corner of Moon Muang and Rajadamnoen roads in Chiang Mai, Thailand, a casual observer is treated to a not-so-very-pleasant sight: scores of Asian prostitutes and their Western clients emerging from the city's hotels and guesthouses where they held the previous night's costly tryst.  While the Asian-Western pairs are not all of them engaged in the world's oldest profession, it is fairly easy to discern which ones are.  The Western men are unsightly and somewhat menacing.  The Asian women wear cheap clothes; look tired, apprehensive, and a little ashamed; and they invariably carry cute little handbags containing, perhaps, a prophylactic and a hairbrush.  There is also usually a marked age difference between the two baht-crossed lovers, if not a difference in "class" -- double entendre entirely intended.

Clients of a gentlemanly nature treat their pets to lavish breakfasts, and do not seem particularly bothered by the fact that they are, technically speaking, breaking the law.  More conscientious men drag their sluggish rental properties through traffic, meanwhile darting glances left and right as if their spouses might suddenly descend from the sky like a god in an ancient Greek play.

What is disturbing about this theatre is not so much the fact of prostitution, an occupation no more likely to disappear - barring some great technological leap forward, like Woody Allen's "orgasmatron", or some great civil leap backward, like Islamic Shari'a Law - than that of the hit-man or the housewife.  What is disturbing is the banality of the pairings' demographics, and what they imply: that, in many cases, a Western man has paid hundreds or perhaps thousands of dollars to travel to a place where he can get the gratification barred from him at home.  It is globalization that is startling, not the ancient and possibly eternal ritual of sex-for-pay.

"Sex tourism" is the accepted term for this phenomenon, "whorism" an awkward but perhaps less euphemistic substitute.  A person who has renounced his sexually repressed home country in order regularly to buy sex in another is called -- cleverly, I think -- a "sex-pat."  In Thailand, bar girls and prostitutes are lumped under the polite term dek bar, which translates roughly to "bar kid"  -- prostitutes, like mathematicians, tending to burn out (or, in the former case, die) at a young age.  (Thai has a less polite term for these creatures, of course:  kon chooa or "wicked person.")   The globalization of prostitution has many the same characteristics and reasons for being as the globalization of other - if I may - industries.  For example, a steel mill in America will move to Mexico because Mexican laborers desire a lower wage and because Mexican regulations - environmental, fiscal - are less strict, or more poorly enforced.  Prostitution likewise.  In America - more so than in Europe - prostitution has either been eliminated or driven into urban quarters seething with violence, drug abuse, and poverty; or refashioned under the happy term "escort service."  Thanks to the West's high cost of living and relatively even distribution of wealth, prostitution has also become prohibitively expensive.  Thus, it tends to travel along the same economic rails from global North to global South as the steel mills - to nations with cheap labor and lax cops.

In a more innocent time, every village the world round may have had its brothel or its village whore, and everybody knew them with some intimacy (in the case of Thailand, this was borne out by a recent film, Satang.)  In the global village, entire cities and nations take on the character of red-light districts, and the global village whore is likely to have no more connection to her patrons than what Marx called the "cash nexus."

In many Western countries there is a growing effort to legalize, or at least decriminalize prostitution, to place it under the rubric of "sex work" and thereby equate a prostitute to a masseuse or a stevedore.  The idea is that only through decriminalization can certain adverse effects of the skin trade - STDs, unwanted pregnancies, personal and municipal mendacity - be addressed.  Many Asian countries, meanwhile, have allowed prostitution to be decriminalized de facto without greatly mitigating its effects.  By de facto decriminalization I mean that prostitution is so widespread that it may as well be legal.  These countries are, in a sense, two steps back in their approach, or rather they lack an approach altogether. The market and its not always merciful invisible hand are given full reign.

Globalization is also evidenced by the sheer scale of whorism.  The number of prostitutes in Thailand has been estimated to be about 2 million. India has a similarly astronomical number, as, no doubt, do the Philippines, Indonesia, Cambodia.  Even rustic Chiang Mai boasts at least three distinct red-light districts, drawing women from Laos, Burma, and Thailand's hill-tribes, as well as from Thailand's impoverished, famine-prone northeastern region of Isan.  Thailand's largest source of foreign exchange is tourism, much of it of the "sex" type, which partially explains why Thai authorities consistently look the other way.

To some, globalization is a marriage of capitalism with high-speed communications technologies and fast travel, and its most potent symbols are the Internet and the jumbo jet.  These aspects of globalization have affected prostitution as well.  Working girls in Thailand communicate with their clients in the West via e-mail and chat-rooms, and this has given birth to a new market for amateur writers: the composition of love letters for bar girls, usually poetic and sentimental solicitations of money or proposals of marriage.  The novel The Scribe, by Bangkok ex-pat David Young, tells the story of one such "sex scribe"; Bangkok freelance writer Samantha Brown offers quotes for love letters on her website; and the present author has been offered 10 cents per word to compose love poetry to a potential American suitor.  Sordid, but apparently legal websites are devoted to showcasing the best places to get cheap, AIDS-free sex, thus permitting would-be sex tourists to plan the optimal trip in advance.  Meanwhile, the worldwide drop in airfares in recent decades has brought crossing the world for a good time within the range of the middle-class budget.

Tell the average Westerner about the abysmal working conditions and pay of a job in a Nike sweatshop in Indonesia, and the response will be predictable:  "It's not forced labor: they do it voluntarily because it is better than the alternatives."  Much the same seductive rationalization is made for globalized prostitution.  Seductive, but true?  In Asian societies, children are expected to support their parents, not the other way round as in the West.  If this support takes the form of trick money, desperate parents will often mai roo mai hen, as the Thai phrase is ("not know, not see").  And in Asian societies, males traditionally dominate: Thai prostitutes catering to Thai clients are commonly forced into their shady trade by elder brothers, male cousins.  This is not so much the case with prostitutes catering to foreign clients, but even they often have an alcoholic father's habit to support, a brother or sons to put through school.  So, yes, prostitution is a lucrative career for an uneducated, unskilled Asian woman - but the lucre is not always intended for her pocket.

The issue is further complicated by the globalization of a phenomenon that preceded the Industrial Revolution in England -- the expulsion of farmers from previously communal land - and one that succeeded it - the increasing superfluity of small farms, the backbone of agrarian countries like Thailand. A sweatshop or a brothel is a godsend if your farm has been seized, or its products rendered valueless.

Unfortunately for international understanding, a bar girl is often not only a warm body but an ex officio psychiatrist: rare is the man who listens to their stories, or asks them whether they are happy, and why or why not.  Their job is to appear happy and enthralled and even nymphomaniacal - they are, in the words of writer Sean Daley, "professional flirts" -- and it is a profession at which they excel.  But this profession is no more voluntarily undertaken than anybody's - this is capitalism, after all.  William Vollmann, who has written extensively about global bawdery, says he sells his work to anybody, "like a good prostitute."

Come nightfall in Chiang Mai, and the casual observer will be treated to a different, not-so-very-pleasant sight: the bar girls heading to work, looking "brave and desperate" to borrow Vollmann's phrase.  Around 7 p.m., they walk in groups from their often communal apartments into a sunset of red lights, looking for all the world like assembly-line workers passing through the factory gates.  (Their predators are not far behind, and they walk with more enthusiasm.)  The girls may not leave until 2 a.m., and even then their workday has not necessarily ended.  It ends when the menacing men have paid their fares, paid for breakfast, boarded the next flight en route to the next stop on their magical mystery sex tours.