Kelantan In A Big Nutshell... 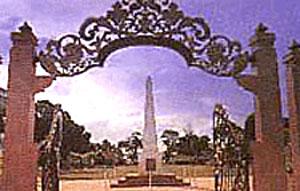 Merdeka Square, site of the declaration of independence of Malaysia. Kelantan, Malaysia. 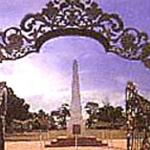 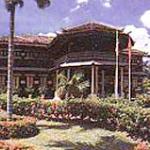 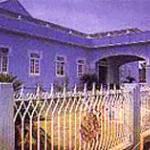 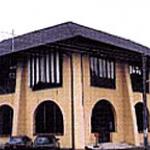 Every state in Malaysia is unique in its own ways. You get large cities to small villages to self-contained towns - and each featuring interesting and matchless cuisine, lifestyle, history and culture.

Perhaps the fact that I hail from a busy city environment somehow attracted my attention to one of the lesser-known states in Malaysia. No, Kelantan is not an obscure place. But from where I came from, Kelantan seemed far away. The quest to plod on and to learn more of the place had always revealed surprising gem along the way.

The state of Kelantan is also widely known as the "Land of Lightning". This state is a treasure trove of delights. To set foot on this land is like starting a treasure hunt expedition. For starters, its rustic fishing villages, large paddy fields and leisurely palm-fringed beaches will never fail to captivate you. The gracious beauty and old-world charm has a soothing effect on the soul.

If you are looking to uncover the basis of the Malay culture, then you have come to the right place. Tucked away in the Northeastern region of Peninsular Malaysia, Kelantan is the epitome of Malay culture, having been preserved over centuries. With a general population of 1.4 million people, 95% of them are Malays. The remaining 5% are Chinese, Indians and Thais. Imagine, will you, a place where huge colorful waus (kites) dot the skies and the sound of giant drums rings in your ears...! Feast your eyes also on the rare wayang kulit (Shadow Play) shows or the giant top competitions. As you enjoy the countless hours of local entertainment, remember that you won't get the same myriad of pleasures anywhere else in the country.

Historically speaking, Kelantan has a history that goes as far back as 8000 B.C. Although the Malays now predominantly occupy the land, its history, as mentioned in the ancient Chinese historical records, shows the existence of a government in the Peninsular with ties pointing back to the Imperial Court of China. In the records, Kelantan was then known by the name "Ho-lo-tan". A quick check with the history books revealed that one of the earliest rulers in the region was a woman by the name of Cik Siti Wan Kembang. Later, the throne was taken over by her daughter, Puteri Saadong. Their reign took place during the 17th Century. It was reputed that both women have magical powers. The 18th Century ruler who governs the provinces that is now the state of Kelantan was none other than the powerful warrior, Long Yunus. His descendants currently make up the royal house of Kelantan. As with the rest of the country, Kelantan was occupied by the Thais and British and finally became a part of the Federation of Malaya in 1957.

The state's economic growth is primarily dependent on its agricultural sector, mainly paddy, rubber and tobacco. Fishing and livestock rearing are also main contributions to Kelantan's coffer. Kelantan is also famous for its cottage industries. This is where traditional skills are utilized to form beautiful batik printing, woodcarving, songket weaving, and silverware. And in turn, it attracted many tourists to the land thus making tourism a major economic resource as well.

Allow me to give you a general outlook into the various attractions in Kelantan. There is much to write about in terms of its cultural and historical aspects. I can only give you a sampling of the experience you might encounter in Kelantan. Please take note that Friday is considered a weekend for the Kelantanese. On Fridays, most tourist attractions are closed.

For starters, the focal point has got to be the state's capital, Kota Bharu.

Kota Bharu Central Market
One of the main highlights at Kota Bharu is the Kota Bharu Central Market. This place is a must-see. Located downtown of Kota Bharu, the Central Market is housed in a multi-layered, octagonal shaped building that is a treasure trove to every tourist out there. Not only can you find lovely souvenirs to take home to, you can also gain the most wonderful cultural experience ever. Get a whiff of the pungent fish and meat market on the first floor. Then move on to the spice market on the second floor. Do check out also the range of traditional batik shops on the third floor. For the "shopaholic", the Kota Bharu Central Market guarantees a day full of fun. A word of advice though! This place accepts only cash so ensure that your wallet is well prepared. Once you set eyes on the ready-made batik goodies, songket material, kris, household products, spices, fresh fish, meats and vegetables, you might be tempted to overspend. You have been warned!

Gelanggang Seni (Cultural Center)
Apart from the Kota Bharu Central Market, the Gelanggang Seni (Cultural Center) is another place you mustn't miss. Located on Jalan Mahmud near the Perdana Hotel, this cultural center is home to Kelantan's rich heritage. This is where you will get a first hand experience of some popular folk arts and favorite past times of the Kelantanese. Come on over to watch the wayang kulit (Shadow Play), silat (martial arts), gasing (top spinning), rebana ubi (giant drums), and wau (kites flying). The fun goes on even though the sun has set. In the evenings, there will be cultural performances featuring traditional Malay music while the shadow play will be the highlight of the evening. Please take note that the Cultural Center is only opened from March till October. It will be closed during the Ramadhan Month (fasting month). It will also be closed during the months of November and December. To catch the performances, these are times for it:
3.30 pm - 5.30 pm (Mondays only)
3.30 pm - 5.30 pm and 9.00 pm - 12.00 midnight (Wednesdays & Saturdays only)

While it is not a possibility for us to relive the history that took place during the 17th or 18th century, yet the remains such as the museums and heritage buildings of Kelantan will give you a priceless glimpse into the history of the state. Most of the historical buildings are found along Jalan Hilir Kota and Jalan Sultan. There is no entrance fee for most sites although some museums may charge a nominal sum.

Royal Museum/Istana Batu
The Royal Museum was built in the year 1939 and is located within Istana Batu. Sultan Ismail was the reigning king during that era. Today, the place is turned into a repository for regalia and items that used to belong to the sultans. Here, you will get to see items such as silverware, bedroom items, and furniture from the royal family. The museum is opened from 8.30 am to 4.45 pm daily (except Friday).

Istana Jahar
There is another palace known as Istana Jahar, built by Sultan Muhamad in the year 1887 for his grandson, Long Kundur. Due to its age-old history, the palace is now a museum. Here, you will get to view photos, exhibits and artifacts depicting the rich Kelantan cultural heritage. The fine woodcarvings of the museum also reflects another cultural aspect and fine craftsmanship of the Kelantanese. You may visit Istana Jahar any time from 8.30 am to 4.45 pm daily (except Friday).

Islamic Museum
Another favorite museum in Kelantan is the Islamic Museum. It is here that you will get to learn more about the history of Islam in Kelantan. It also proves just how important the teachings and Muslim religion are to this state. As usual, the opening hours are from 8.30 am to 4.45 pm daily (except Friday).

Kuala Krai Museum and Mini Zoo
The Kuala Krai Museum and Mini Zoo is a neat spot to visit. Located about 64 kilometers from Kota Bharu, the mini museum has a collection of preserved animals. History related to the founding of Kuala Krai as well as photographs and documents are exhibited here. On the other end, the mini zoo is where you will get to observe a variety of animals such as bears, deer, monkeys and birds. The place is opened from 9.00 am to 6.00 pm daily (except Friday).

Museums aside, there are many more historical buildings in Kelantan that will continuously amaze you.

Balai Besar Palace
Currently the venue for state functions, this building used to be the "White House" to the Kelantanese Sultans. It was built in the year 1840 by Sultan Mahmud II and is located within the vicinity of the state mosque. Encompassed within the palace is a large audience hall, a throne room and of course, the Royal regalia.

State Mosque
Many buildings in Kelantan date way back to the early 1880s and 1900s. Not missing out on this is the Al-Muhammadi mosque or its alternate name, the Brick Mosque. Completed in the year 1926 during the reign of Sultan Ismail IV, the state mosque took almost a decade to be completed. This building is a revered one and is the state's center for spreading Islamic teachings and other related activities.

There are also other moments in the history of Kelantan that reminded us of the oppression they once faced. And then, another site that highlights the moment of triumphant...

Second World War Memorial/Bank Kerapu
The Japanese occupation during World War II left much to be desired. In this building, you will find remnants of the past with various memorabilia and documents pertaining to the event. To view them, you may come on over from 8.30 am to 4.45 pm daily (except Friday).

Merdeka Square
One of the most nostalgic spots in the hearts of all Kelantanese and Malaysians alike, the Merdeka Square is the site to the declaration of independence of Malaysia. That special event took place on August 31, 1957. Aside from that, this site has also seen many historical events.

After having gone on a cultural and historical roller-coaster ride, I realized one thing. How can I ever complete writing about the wondrous elements found on this land? There are much to be seen and a lot more to experience. Unless you personally step foot here, you will never be able to fathom the depth of its culture. Its heritage is rich and its mysteries? Limitless...