A Lustrous Affair with India 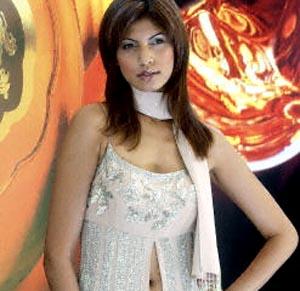 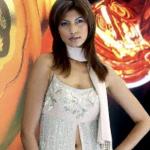 "Very, very naughty with the cuts and the holes here and there. But this is Rina Dhaka." Dhaka is among the 57 designers who will participate in the Lakme India Fashion Week, billed as India's largest design event.

Prospective buyer Danielle Arauga from the Jofima clothing stores in Portugal said that while Dhaka's collection could work, Indian designers had a long way to go. "India is becoming very hot for the European market, but not all the designers are good," she said. "There is no sense of style. It's a confused mix and match of everything. I would probably go for one part of it, which is the embroidery, but not the whole."

And even within India, fashion forecaster Harleen Sabharwal predicted Dhaka's creations on whites, greens and browns would be a wide shade apart from next year's styles. "2005 would be a return to basics involving Indian sensibility, simplicity and elegance," Sabharwal said. She noted the popularity of Jassi, the plain-looking and mild-mannered office woman who is the heroine of a leading Indian sitcom. "We already see how Jassi has come like a fresh of breath of air. We will see more of that," Sabharwal said.

Jewellery designer Naina Balsaver, showing off a collection said to be inspired by the Raj colonial era, said fashions were set to "explode outside India."

"It's a dichotomy that the works are fabulous, but the designs are all western," she said.

"When the lights went off, you could only see the shimmering bodies. Very sexy," Rodericks said.

Despite priding itself on being a top force in international beauty pageants, India's haute couture exports account for only 12 million dollars a year. The government hopes events such as the Lakme India Fashion Week can boost exports by up to 30 million dollars annually over the next five years.