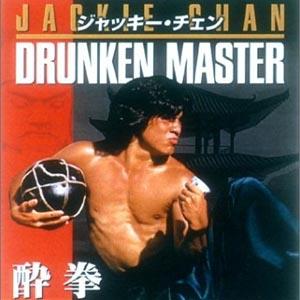 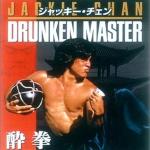 There are many different kinds of martial arts movies. There are the action movies, in which the fighting is the focal point, and the plot is minimal. There are art movies, in which the choreography and the lush landscapes serve to outline the carefully crafted plot. The last kind is a style popularized by the inimitable Jackie Chan, a master acrobat turned martial artist famous for his excellent blend of martial arts and comedy. The best example is vintage Chan at the top of his game, in the original Drunken Master from 1983. Featuring the perfect blend of comedy and action, Drunken Master is as good as gets for martial arts comedies.

Chan plays Wong Fei-Hung, the son of a famous martial arts instructor. However, Fei-Hung's martial arts skills have led to an upwelling of arrogance. His delinquent ways lead his father to disown him, and when standard methods of punishment fail to correct his errant lifestyle, his father recruits his great-uncle to train him. The great-uncle is an elderly warrior named Su Hua-Chi. However, to Fei-Hung, his teacher seems to be just another drunken old fool, making him perform stupid training exercises like cracking walnuts with two fingers and transferring water between barrels. However, when his father has a hit put on his head, Fei-Hung finds that he may need his elderly teacher's training more than he knows, and vows to become a master of the Eight Drunken Gods style of Kung Fu.

The concept of Drunken Boxing is a popular one, and its style depends on two things: the first being that the swaying movements of a drunk are unpredictable, allowing a free range of movement and the ability to strike regardless of center of gravity. Second, the consumption of alcohol loosens the muscles and increases the body's tolerance for pain, granting increased mobility and endurance to a fighter trained to make use of the additional abilities in the intoxicated state. The principle is brilliant. To the untrained eye, the fighter resembles any old drunk, but in combat, the abilities are clearly shown to give a fighter an edge in any match.

The best part is that Chan's superiority in a fight leads him to make most fights into eye candy. In his first fight scene, he spends the majority of the fight playing keep-away with a teacher's hat. In another, he uses a pilfered pair of trousers to successfully immobilize an opponent. Chan's showmanship and ability to play for an audience led to his widespread success in films, and it shines through here above all else. Even in the final serious fight scene, he retains the charm that he has generated throughout the movie, and has the audience as amused as it is amazed. A perfect example of what makes Jackie Chan the star that he is, Drunken Master is a contender for the best in his repertoire.

Drunken Master and other Jackie Chan titles are available for purchase on Amazon.com.