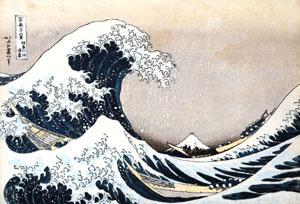 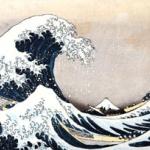 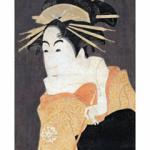 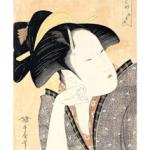 PARIS, Nov 23, 2002 - It is the last major collection of Japanese prints still in private hands, and is estimated at five million euros (dollars).

Next week's sale by Sotheby's of the Huguette Beres collection of prints from the 18th and 19th century will be an event both in Paris and on the world scene.

The auction house on November 27 is putting under the hammer almost 300 prints, books and drawings painstakingly collected by Huguette Beres, a Paris art gallery owner who gained fame worldwide for her passion for Japanese woodcuts.

It will be the first major international sale of Japanese prints since the mid 1970s, when the huge Henri Vever collection was auctioned by Sotheby's in London. That sale somewhat put a damper on collecting Japanese prints, which dried up after the auction and never seemed quite as exciting as before the Vever sale.

Beres, who died in 1999, became fascinated with the influence of the Japanese masters on Impressionist painters in Europe shortly after opening her gallery overlooking the Seine in 1952.

Half a century later her private collection, rarely shown to outsiders, was put on the same footing as those owned by the world's greatest museums.

"It is the first sale of Asian art by Sotheby's in Paris," said Marie-Odile Deutsch, spokeswoman for Sotheby's. "It is an immense privilege for us as Madame Beres's collection is known worldwide, and especially in Japan."

Some of the rice-paper masterpieces have been faded by time, others still carry the many shades of the vegetable dyes used centuries ago. Some are rare and probably unique woodcut survivors of prints made to be used as mere fans.

Among the items on sale is a series of remarkable landscapes entitled "Thirty-Six Views of Mount Fuji" by Katsushika Hokusai, which includes the famed "Wave at Kanagawa".

The 36 landscapes by Hokusai, who lived between 1760 and 1849 and is sometimes referred to as "the painter of Mount Fuji", along with an extra 10 are being put up for auction at between 1.4 and 1.8 million euros. It is the only complete set auctioned since World War II.

The Beres collection also brings together the most celebrated artists of the school of art known as "ukiyo-e", which literally means "the floating world" and is known as "the image of the ephemeral".

These artists -- Kitagawa Utamaro, Toshusai Sharaku and Hokusai -- who worked at the turn of the 18th and 19th centuries and influenced the Impressionists, depicted the world of pleasure, the courtesans and the actors of the Kabuki theatre.

The most celebrated of the prints by Utamaro, which portrays a woman leaning on her hand lost in thought, is estimated at between 280,000 and 320,000 euros. It is entitled "Mono Omou Koi - Pensive Love."

Highlights of the collection have already been shown in Tokyo, New York and London, and experts believe that both individuals and museums will enter the bidding.

"It was a collection that was very much alive, which never ended," Beres's daughter said, adding with a touch of sadness: "I became extremely attached to it too."