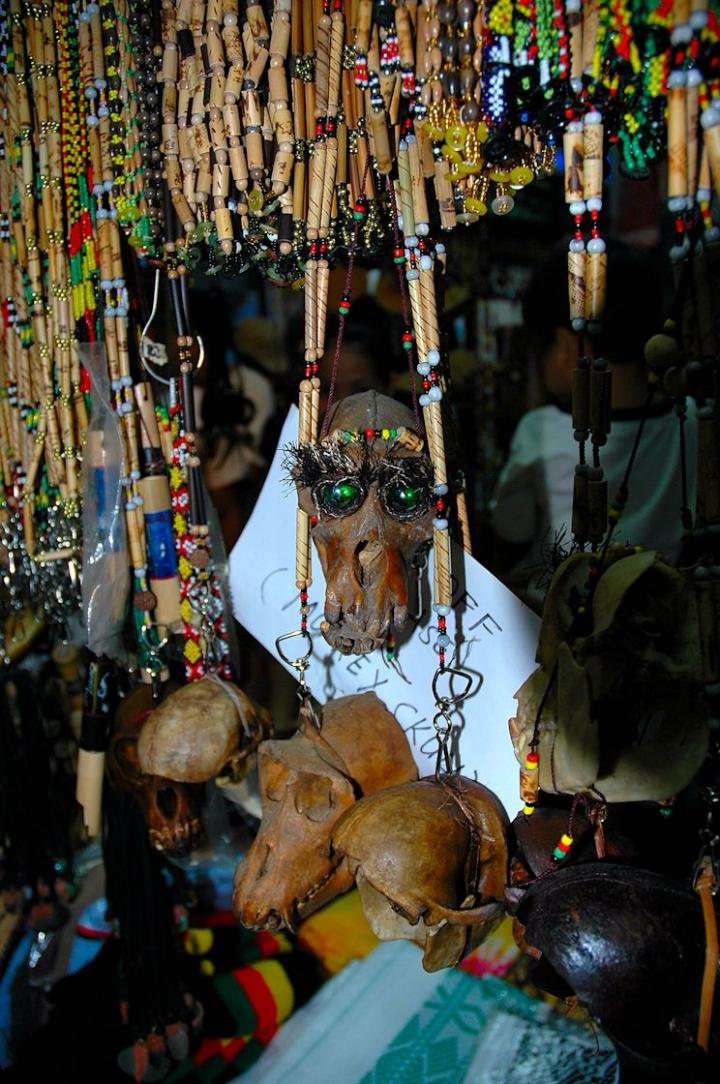 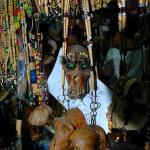 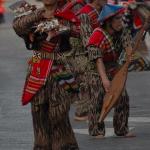 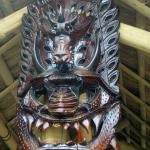 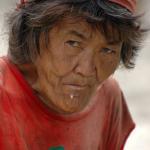 After being brushed off for a great number of years as "superstition" and "fraud" by many, Shamanism is still in favour in Mindanao. In the rural areas and among the indigenous communities a Shaman or Sham, better known as “faith healer” is a leading person within the tribal communities. The reliance on ancestral rituals and herbal medicine has widely gained acceptance as part of the island’s captivating culture. In the hinterlands of Mindanao the various indigenous cultures are interwoven with a fascination for the mystical and paranormal. Shamans are renowned for their unique, but contended ancient and ethnic healing techniques are widely used in far-flung areas where there is no access to other means of relief. Despite the modernization the islanders have maintained their faith in and wisdom from the “Anitos”, the spirits of Nature, which are residing beyond the vast frontiers of the natural world. Every village has its own shamans who are dedicating their unearthly talents to carry out different forms of ritual curing.

A shaman is able to determine which spirit caused an illness or problem and what should be done to appease these supernatural beings. On many occasions this is carried out with animal sacrifices, mostly chickens and pigs. The Shaman is also serving as a medium between the spirits (Diwatas) and the locals, most of the sacred rites are implemented to cure illness, bring good health and fortune, the planting and bountiful harvest of differing crops, successful hunting and fishing and the arbitration in mutual conflicts between barrio-members and rivalry with outsiders. Where there is good, there is bad, even wicked witches (Bruha) have a respectable reputation among the local population; they can come in all sorts and sizes. Their proficiency in the evil arts and their mystical potions are mainly asked upon to cast spells or lay curses. This hexing is often used for causing sickness and death to opponents, to aid rejected lovers and jealous spouses, to punish theft, solving marital problems and to retaliate to adultery. A creepy part of this black magic are the insects like spiders, beetles, ants and cockroaches that are used to invade the body of a victim that eventually will suffer scorching pain. The illness caused by the vermin is resistant to any conventional medical treatment, only the death of the person will make the animals leave the body. These spells are used not only to harm but also to express the sorcerer's might and authority. In Mindanao the occult co-exists harmoniously with other religions, good witches even go to church, chant hymns, call upon the name of all kinds of saints and whisper prayers, black witches, live in mountainous areas, are backed by demons and said to be associated with the devil. Although there is no objective evidence for any truth of their practices or results, there are a large number of living souls in the rural regions who absolutely have no doubts in their outcome or existence, in one way or another; almost everybody in the provinces knows somebody who has been bewitched or seems to have some other kind of gruesome tale to tell.

Faith healing is curing sickness through spiritual, divine intervention and prayer, without the use of modern medicine, gadgets or amulets and is performed by a priest named as “Babaylan”, a mystical human that has been given the gift of healing, foretelling and the ability to mediate with the spirit world. For these mystifying mortals, healing is much more than merely treating an infection or illness, their rituals are connecting the spiritual and natural world and are executed as a religious ceremony, often done in a communal setting. These native wizards, predominantly women, are ritualists, herbalists, diviners, chanters; and are continually maintaining a close and intimate relationship with the natural world. The Babaylan, in Mindanao known as “Agud" or "Agod", are believed to cure illnesses by laying their hands on the sick person or by prayer, exorcising the malicious spirits of the disease. A Babaylan is a true celestial centipede, they are moreover supposed to be capable to expel evil spirits from the rice fields, give psychological comfort and moral support to the locals and escorting the souls of the dead to the other world. Such witch-doctors also have knowledge of remedial therapies such as “Hilot”, a combination of various healing methods, providing an inexpensive alternative for medical health care. This kind of ancient Filipino massage and healing practice is handed down from generation to generation. A Hilot priest or priestess is able, just by observation and identifying certain areas of energy imbalance, to diagnose the type of ailments one is suffering from.

In present-day Mindanao, faith healing is frequently practiced alongside modern medical procedures for both mental and physical disorders. The magic in this manner of convalescence may prove to be positive for some people; it could be faith-based or just be the force of suggestion. The curative application of herbal medicine has been known and used for centuries in the Philippines and is confirmed to be effective for treating various kinds of sickness. Most of the vegetal medication is coming from Mindanao; the medicine men and women on this exotic island have for centuries used the lush rain forests for their endemic drugs and have a considerable store of knowledge in wild plants and herbal medicine. The use of coconut oil is crucial in the various types of Hilot massage, it does not only smoothen the massage but it also keeps the hands of the Shaman warm. Next to oils and herbal concoctions, medicinal plants, like banaba, are applied to heal everyday ailments like flu, head-ache, diarrhea, malaria and to remove simple leeches that are sucked on a person's body. The fresh leaves of the guava plant are used to attend cuts and skin wounds, these leaflets are effective for tooth-ache as well, garlic is boosting the immune system, in like manner it will relieve a sore throat and insect bites. Fungal infections like scabies, ringworm and eczema are treated with acapulpo.

Psychic surgery is probably the most disputable form of faith healing; the healer is using bare hands to open up the body and is extracting a tumour or infected organ without the use of anaesthesia, surgical instruments and without inflicting any wounds or scars remaining after such an operation. These isangoma’s are often blasted for being charlatans, be that as it may, there is still no rational explanation for this type of mystery remedy, many will call it a primitive superstition and consider it as a misleading sleight-of-hand-confidence trick.  There were several investigations into the phenomenon of psychic surgery, in many cases it was proven to be unmitigated fakery, on the other hand there are still plenty of people that consider spiritual healers as mediums and are convinced that bare hand surgery is a genuine method of performing surgery. Nevertheless, for the poorest people that are living in the more remote rural settlements and outer provinces any kind of traditional therapeutics is an inseparable fact of life and sometimes the only health care available. The long distances that sometimes have to be travelled and the high cost of cure also forces the poverty-stricken families to search for whatever cheaper method available. There are many believers who insist that not all psychic surgeons are false; in fact; a few of these voodoo masters have never been caught on cheating. Some persons even have claimed that the healing did help to alleviate the symptoms or to be completely cured and sincerely believe their lives have been saved. Many people, who are dismissive of primitive healing practices, will see bare-hand surgery as a calculated deception; others are desperate searching for a miracle and want or have to believe in magic, they will experience their operation as heavenly intervention. Even though faith healing was developed and practiced even before the dawn of civilization, still and all it continues to be an enduring yet controversial practice and it will most likely remain an unsolved mystery for years to come.

Regardless the opposing views; faith healing nowadays is becoming booming business; it has generated a huge tourism-industry, many ailing tourists have already made their way to the Philippines to seek treatment and many more will follow. The softening and miraculous powers of Hilot, the use of alternative medicine and many other different therapies are slowly but surely gaining popularity in the country’s modern wellness centers and spas. The Philippine Department of Tourism has officially recognized faith or spiritual healing as part of the nation’s medical tourism programs, it is no surprise that travel agencies from all over the world are taking advantage of the opportunities brought by this fast-growing market and is now specializing in medical travel holidays and pilgrimages. However, faith healing and other ways of traditional medicine have not been scientifically proven and are not accepted by the professional medical community. The health-giving effects of the power of perception and the logical desire to get well can make faith-healing successful. Herbal remedies can prevent, treat or cure many afflictions, but for serious illnesses or injuries these treatments should never be a substitute for professional health care. For all that, it is better to be safe than sorry, Mindanao has excellent hospitals and other medical facilities with qualified physicians and skilled staff that offer high-quality care.

Healer or hospital, sorcery or surgery, priest or physician, magic or medicine, doctor or deceiver, prophet or pathologist, potion or poison; for sceptics and supporters, disbelievers and devotees, tribe members and tourists alike, Mindanao has it all. Anyhow, in each and every case and under all circumstances, any therapy and practitioner should be wisely and cautiously chosen, after all, a wrong decision will certainly be followed by a big disillusion and unwanted consequences. So; keep in mind this old Philippine proverb; “Anuman ang gagawin, makapitong isipin”. (Whatever you do, think about it seven times).