No Blood For Rubber 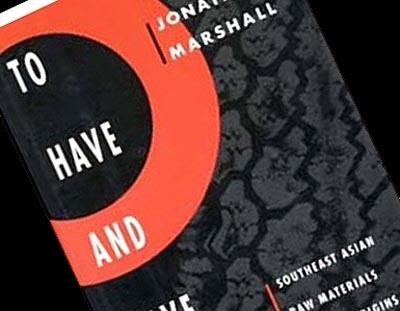 To Have and Have Not: Southeast Asian Raw Materials and the Origins of the Pacific War 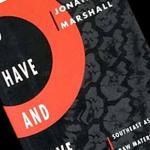 If the recent film Pearl Harbor is to be believed, the origins of the war between Japan and the United States had nothing to do with resources and everything to do with wish and dream.  Busy falling in love, standing under flags, and tending to clotheslines, the Americans were attacked with no warning and through no provocation of their own by a merciless band of fascists prepared to use Pearl Harbor as a stepping stone for the conquest of the real prize:  Des Moines.  Little did the Japanese know that America had been developing a secret weapon code-named Ben Affleck, a passionate and anvil-jawed whisky drinker for whom those oddly robotic and homely sake drinkers would be no match.

One cannot help but be irked by Hollywood histories, especially because they are so effective at making their audiences (myself included) succumb to a tearful bout of nationalism that has little basis in fact.  Meanwhile, a film like The Quiet American (Miramax, 2001), which has the gall to propose that Americans committed acts of terrorism in Vietnam (they did), was kept back from release in the United States for fear that it might make the American government look hypocritical.  But thank God we're free - free to watch Pearl Harbor, that is.

Uncannily, Pearl Harbor arrived just in time for September 11th, so that pundits could comfortably make the inevitable, harebrained identification between the two events, thus steeling a war-weary public for the new Good War against an abstract noun.  Was it just me, or were the airwaves after September 11th not suddenly flooded with WWII documentaries?  Maybe it was just me.

Unfortunately, we have become resigned to the fact that we cannot know what our government is doing during wartime until years and even decades later.  And besides, we are too busy falling in love, being photographed with flags, and doing the laundry to be bothered.  So, only recently has it become plausible that FDR had foreknowledge of the attacks on Pearl Harbor but did nothing to stop them.  And with Jonathan Marshall's book To Have and Have Not: Southeast Asian Raw Materials and the Origins of the Pacific War, we now have to face the banal possibility that the war was fought to keep tin and rubber flowing to America.  Tin for tin cans, and rubber for building tanks and making tires for America's automobiles, positively bunny-like in their proliferation.

According to Marshall, the Persian Gulf War was the first time the American public became aware that wars are fought over resources and not over moral principles.  "No blood for oil" was the cry of anti-war activists then, and, eerily, is now; but one can only surmise that Americans decided that the trade was advantageous.  Not too much blood, of course; not the kind of blood spilled in Vietnam (whose "defense" was also arguably about protecting Southeast Asian resources, not from the "yen bloc" but from the Communist bloc).  Just enough blood to keep the gas prices low and provide a rationale for stationing troops in Saudi Arabia, which in turn provided Saudi terrorists with a rationale for murdering American civilians, who pay the troops that protect the oil that....

There is no doubt that Japan had imperial designs on Asia.  Less well known is that the Western powers had already realized theirs. Burma, India, Malaya, Singapore, and Hong Kong were firmly under the thumb of England; the East Indies were Dutch; the French were romancing Indochina; and the Philippines was under the control of the United States.  Japan had good reason to feel hemmed in.  And it would justify its war by saying that the rulers of Asia should be Asians and not "the white race".  These were the words used by a Dutchman to justify "a promise of assistance from the United States to help prevent a Japanese invasion of the Indies", which contain oil reserves not to be sniffed at.  For their part, the Japanese maintained that "from [a] moral viewpoint, freeing Oriental races [was] necessary."  A war that is nearly always cast in ideological terms, as a war between fascism and the freedom to watch Pearl Harbor, was also very much a clash of colors; and some American leaders took the fashionable view that the Japanese leaders were "unreliable and treacherous" and that "no promises of the Japs based on words would be worth anything."  The Chinese, willing recipients of American aid to fight the Japanese, were apparently more credible.

The American military had not been taking the sun in Hawaii forever.  The fleet was moved to Pearl Harbor in 1939, and the purpose of the move "was explicitly to influence and moderate Japanese foreign policy."  Nor was this the only proactive maneuver.  On July 31, 1941, FDR cut off exports to Japan of "high-octane aviation gasoline"; six days earlier, he had "announced the freezing of all Japanese assets within the United States"; and on February 20 of the same year "Washington announced that it was sending a number of U.S. bombers via Hawaii to strengthen the British defenses at Singapore."  The most provocative action, however, would come as late as December 2.  Roosevelt ordered that 3 small boats be sent on a reconnaissance mission toward Indochina, then under Japanese control.  Writes Marshall:  "Roosevelt must have known that he was risking a serious incident by placing U.S. warships - albeit ones of insignificant value - directly in the path of the Japanese fleet.... It is hard to avoid the conclusion that here he hoped to find his casus belli for war."

Roosevelt would use war with the Japanese to justify war with their German allies, for England was then putting enormous pressure on the United States to enter the war on its side.  On August 11, in a meeting between Churchill and Roosevelt, "Churchill made no secret of his intense desire for the United States to declare war on the Axis."  What the American leadership needed was an incident that would make the Japanese appear to be the "avowed aggressors", in the words of Henry Stimson, then Secretary of War.  Stimson wanted to "move part of the Pacific Fleet to Singapore".  Had he gotten his wish, we might now be faced with the film Singapore, featuring British colonials falling in love, studying Union Jacks, washing up, and looking wearily skyward.  One should watch the excellent and considerably less tendentious film Empire of the Sun, relating the Japanese takeover of British Shanghai, to get the drift.  Anyway, FDR is said to have met the news of Pearl Harbor's destruction with "great relief" - not, as one might expect, with alarm or indignation.

Did FDR know that the attack would occur?  The question remains controversial.  As early as January 27, 1941, then Secretary of State Hull was informed of a possible "surprise mass attack on Pearl Harbor."  By July 8, the United States had broken the Japanese cipher for diplomatic communications; it is rather difficult to believe that none of these communications referred to an act likely to spawn a world war.  But to the end, the Americans seemed more preoccupied with the Philippines and Malaya than with Hawaii.  In any case, it is clear that an attack somewhere was both expected and desired.  As Stimson wrote, "The question was how we should maneuver [the Japanese] into the position of firing the first shot without allowing too much danger to ourselves."

Unfortunately, Pearl Harbor would preclude further public discussion about the "real stakes" involved in the Pacific War.  In late 1941, Rep. Hamilton Fish of New York spoke of the imminent conflict as "a rubber war" that could be obviated by stockpiling.  A State Department draft begun on November 29 declared:  "an interruption of our trade with that area would be catastrophic."    The American consul general in Batavia (now Jakarta), a man with the tragic name of Dickover, wrote that the defense of Southeast Asia was necessary "as a purely business proposition."

For some time, FDR had been under pressure to cut off Japan's oil.  The tone of his explanation for not doing so is, as Marshall suggests, "condescending"; or perhaps the President knew how mediocre is the average American's knowledge of geography and history.  FDR informs us: "there is a place called the Pacific Ocean - one of the largest areas of the earth.  There happened to be a place in the South Pacific where we had to get a lot of things - rubber, tin, and so forth and so on - down in the Dutch East Indies, the Straits Settlements, and Indochina....

"And now here is a nation called Japan.  Whether they had at that time aggressive purposes to enlarge their empire southward, they didn't have any oil of their own up in the north.  Now, if we cut the oil off, they probably would have gone down to the Dutch East Indies a year ago, and you would have had war."  Comprendez?

So the oil embargo became both a cause and an effect of Japanese aggression.  Even then, oil was critical; and if you care anything at all about the matter you might start considering the wonderful promise held by the FUEL CELL, which unites oxygen and hydrogen in conjugal bliss, spawning only two children, both healthy and happy:  water and energy.

Marshall is quite aware that analyzing war in terms of competition over resources is not the most popular route, "perhaps because of the apparent Marxist cast to that approach."  Or, as the Economist recently put it, with regard to the potential war in oil-rich Iraq, "Don't mention the O-word."  Well, damn it, the O-word, the O-word, the O-word.  If the O-word was partly behind Pearl Harbor, as Marshall convincingly argues; and Pearl Harbor was behind Hiroshima "and so on and so forth" then what can one do except echo Bartleby the Scrivener?  "Ah humanity!"  Or better:  O humanity!

Review of Jonathan Marshall's To Have and Have Not:  Southeast Asian Raw Materials and the Origins of the Pacific War, University of California Press, 1995.