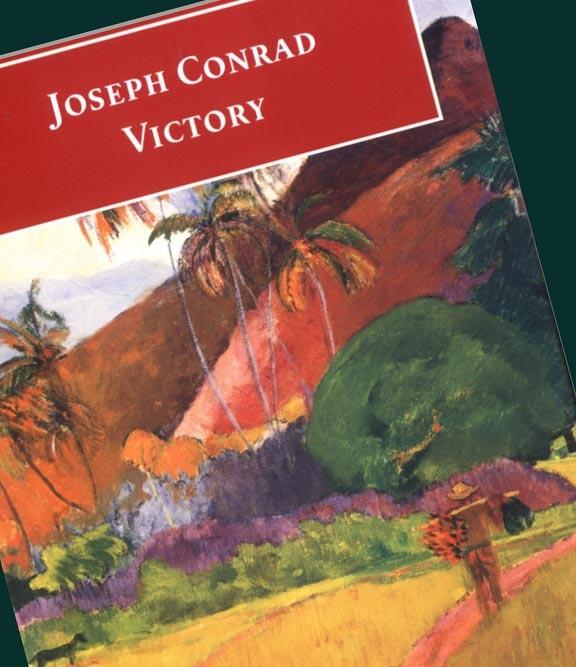 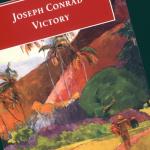 A character in Milan Kundera's The Unbearable Lightness of Being suggests that compulsive readers of books (and especially old, forsaken books like Anna Karenina) form a secret brotherhood separate from the pre-Gutenberg or post-TV mob.  Members of this society circulate books as though they were ciphers or talismans; and if you are fortunate you may stumble upon one of the society's senior members, eager to supply you with such bound, and sometimes fanciful roadmaps to a world that would otherwise be hazardous or intolerably dull.

One such elder aficionado introduced me some years ago to Joseph Conrad's Victory, set like many of Conrad's works in the beautiful and diabolical Malay Archipelago.  Oddly enough, the man is named Mr. Jones, the very name of the novel's evil, cadaverous gentleman.  The recommendation betrayed a lot about the real Mr. Jones, although gentlemanliness was all he shared with his namesake.  Anyway, such can be the joy and awkwardness of the brotherhood:  a book recommendation can sometimes be given in lieu of a personal confession or life story.

I suspect that the real Mr. Jones admired and even modeled himself on the protagonist of the novel, one Axel Heyst, a Swedish baron, gentleman, and ill-fated dealer in coal.  Heyst has concluded that to avoid suffering in this world one must never form any durable connection with anyone.  "I only know," says Heyst, "that he who forms a tie is lost.  The germ of corruption has entered his soul."  (This pair of sentences form the epigraph of Graham Greene's cloak-and-dagger novel The Human Factor.)  The real Mr. Jones shared this dim view of our species.  I recall sitting in a bar with him while a television overhead played American football.  Glowering at the tube, he muttered, "This is what we're up against."  I was told that one morning he began to say, in anticipation of a job he despised, "Oh, what a..."  His precocious daughter predicted the next word:  "Dire?" she chirped.

Ironically, Heyst announces his scorn for all ties and action to a woman, to whom he has recently, impulsively, become tied.  The woman, Lena, was formerly an employee of an itinerant revue that happened to be showing in the guesthouse where Heyst is staying.  Drawn to the revue out of protest at its atrocious noise (the band, writes Conrad, "was simply murdering silence"), Heyst singles out Lena from the seedy crowd.  Noticing that someone has violently pinched her, Heyst mounts his white horse and gallops to her aid only to discover that Lena is suspicious of this Don Quixote and his insistent smile.  But Heyst overcomes her doubts.  He hatches a plan to whisk her away to an island populated only by members of the "Alfuro" tribe and a Chinaman named Wang, formerly an employee of Heyst's failed Tropical Belt Coal Company.

Not surprisingly, Wang is a walking cliché.  Victory was first published in 1915, when the inscrutable Oriental was a cornerstone of popular fiction.  The dastardly Mr. Jones tells us that the Chinese are "unfathomable".  Says our Heyst turned ethnologist, "One Chinaman looks very like another."  And when Wang woos an Alfuro woman, he tells Heyst that he has "Catchee one piecee wife."  Taciturn Wang moves about so quietly that Conrad has him "materializing" everywhere.  Wang knows nothing of loyalty:  when, for reasons I'll come to presently, the balance of power on the island shifts against Heyst, Wang abandons him.    For his part, Heyst envies the Chinaman's seeming freedom from the curses of will and thought; Wang wants only to survive.  And he does.

Though a gentleman, Heyst is not universally loved.  In fact, the guesthouse's proprietor, Schomberg, hates Heyst like no other.  There seem to be three main reasons for Schomberg's irrational fury.  First, he is a Teuton, a member of the German race that Conrad, a Pole, apparently loathed.  As Victory appeared just after the outbreak of World War I, Conrad explains that Schomberg's psychology - he was a "good hater" - may not be "the entire Teutonic psychology; but it is indubitably the psychology of a Teuton."  The second reason is as follows, with an additional racial jab:  "...Heyst had not paid perhaps three visits to [Schomberg's] establishment.  This was Heyst's crime, for which Schomberg wished him nothing less than a long and tormented existence.  Observe the Teutonic sense of proportion and the nice forgiving temper."  Finally, Heyst heists Schomberg's "girl", Lena, who is of course not his girl at all, but is more attractive than Schomberg's curiously mechanical wife.

Enter the three stooges:  Mr. Jones, Ricardo Martin, and Pedro.  Recently arrived from the Americas, the desperadoes move into Schomberg's guesthouse.  But soon the Teuton realizes that they are up to no good, and he tries in vain to persuade them to leave.  With two birds in sight (Heyst, desperadoes) he stumbles upon the one stone:  Heyst has money; the desperadoes want it; Schomberg wants Heyst dead; the desperadoes are killers.  So soon enough the brigands disembark on Heyst's formerly inviolate island.  This is the event that inspires Wang to treachery.  Wang also purloins Heyst's only firearm, further stacking the odds against him.  The Shakespearean carnage to come leaves no doubt that Heyst's pessimism had been justified.  "The world is a bad dog," he had said.  "It will bite you if you give it a chance."  This vindication of Heyst's beliefs is the "victory" that obscures Heyst's horrible defeat.

Or perhaps the title refers to Wang, who like so many of Conrad's Asian characters endures precisely because he lacks troublesome notions of honor or conscience; he is merely a mobile and occasionally articulate piece of scenery.  Schomberg, a dedicated racist, is also the novel's most miserable and vicious creature.  Martin, who dismisses Wang the "Chink", meets a violent end.  And Mr. Jones, who explicitly believes in racial superiority, ends up as fish food while the island's "savages" live to see another day.  When Heyst suggests that Lena live with the savages to save her life and Heyst's, she gasps with indignation:  this but a short time before she gasps her last.  Only Heyst betrays envy toward Wang's "obedience to his instincts, the powerful simplicity of purpose which made his existence appear almost automatic in the mysterious precision of its facts."  Heyst even appears to have enjoyed living amidst the cannibals of New Guinea:  "A man who will go to New Guinea for fun - well!"  One never tires of Conrad's dark humor.

Arguably Conrad set so many of his novels in the Malay Archipelago because the area not only provided a great wealth of saleable adventure stories but also best reflected the relentless gloominess of Conrad's worldview.  The omnipresent sea is the traditional symbol of natural indifference.  The climate is harsh and violent, but even the silent nights contained something "cruel" and a mere cloud could hide "menacing preparations of violence".  And the islands were the perfect destination for wealth-seekers of extraordinary wickedness:  pirates, murderers, thieves.  Mr. Jones is likened to a corpse, Martin to a jaguar, Pedro to an ape.

Even so, Conrad and Heyst are fascinated by the place.  "It is not easy to shake off the spell of island life," admits the narrator.  Heyst adores the islands as much as he disdains their inhabitants.  Above all, and characteristically, he loves them for their silence:  "One sees them lying about, clothed in their dark garments of leaves, in a great hush of silver and azure, where the sea without murmurs meets the sky in a ring of magic stillness.  A sort of smiling somnolence broods over them; the very voices of their people are soft and subdued, as if afraid to break some protecting spell."  Go ahead:  count the soothing sibilants in this superb sentence.

Heyst's "magic circle" was "a circle with a radius of eight hundred miles drawn round a point in North Borneo" that includes Manila, Saigon, and "Sourabaya".  Delhi, says the narrator, is a "highly pestilential place" but to return to Europe would be akin to death because of its distance from "the world of hazard and adventure."

So far, the real Mr. Jones has been granted a kinder fate than his namesake or the martyr to an imperfect renunciation, Axel Heyst.  But King Lear, that bleak tale of filial betrayal and a noble king gone mad, is his favorite play of Shakespeare's; and he has perfected Heyst's partly amused and partly contemptuous smile.  When I recall his vast knowledge and razor-sharp wit and compare them to the bland, meaningless pronouncements of unlettered and amnesiac CEOs and heads of state, I find a limited comfort in this dour line from Victory:  "It is not the clear-sighted who lead the world.  Great achievements are accomplished in a blessed, warm mental fog."