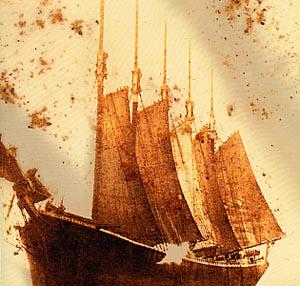 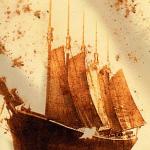 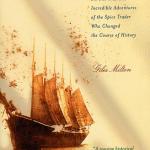 In certain ways, setting foot on the moon was small potatoes compared to the explorations conducted by Europeans from the 15th to the 17th centuries. Neil Armstrong may have boldly hopped where no man had hopped before, but he did not encounter ferocious gales, hostile natives, or strange diseases. And by 1969 science had become a pretty exacting business, whereas the Europeans of yore were still disputing the Earth's "rotundity", as one fellow puts it in Giles Milton's book Nathaniel's Nutmeg, the story of Europe's ardent quest to get its hands on the lucrative spices of the East Indies.

Perhaps lucrative is too weak a word. According to Milton, we are talking about profits of up to 60,000 percent, based upon a sudden belief among Europeans that certain spices possessed special medicinal qualities, and sometimes contradictory ones, like acting both as an aphrodisiac and as a suppressant of sexual desire. Some of these spices were native only to islands so small and obscure that they are invisible on modern maps. Milton even suggests that one such island, Run, was considered more valuable than the famed - and fictitious - city of El Dorado.

The so-called spice race had four main competitors: the English, Dutch, Spanish, and Portuguese. By most East Indians the Dutch were detested for being drunks, boors, and brutes to a degree surpassing even that of the English. Playing a supporting role were the Japanese, whose martial ferocity made them valued mercenaries.

The Nathaniel of the title is surnamed Courthope. He is significant because his resistance to the ascendant Dutch allowed the Englishmen to strike a deal. Britain would quit the East Indies, more or less, and in exchange the Dutch would relinquish a promising piece of property in America, viz. New Amsterdam, soon to be renamed New York. Needless to say this was a Dutch miscalculation, as interest in nutmeg waned while interest in the whole of North America waxed. The Dutch never recovered.

One of the reasons behind the Age of Exploration was Islam, for Islamic countries occupied the land between greedy, backward Europe and the opulent East. So the Europeans set sail instead. Not content to sail around the Cape of Good Hope, which was found to be inhabited by "savages" with an apparent fondness for eating - and wearing - entrails, the Europeans sought to reach Asia either by traversing the North Pole or by navigating the famed - and unfounded - North-West Passage. New York, for example, owes its existence to Hudson's belief that Xanadu lay somewhere just west of present-day Albany.

Nowadays it is hard to imagine the ignorance that prevailed back then - "staggering", as Milton says on one occasion - and not just of geography but of ethnology. According to Milton, Courthope had been informed before his trip east that the natives were "peevish, perverse, diffident and perfidious people and apt to take disgust upon small occasions." The phrase's apparent adoration of alliteration may be enough to discredit it, and in any case there were few more peevish people than Jan Pieterszoon Coen, a Dutch Governor-General who saw little wrong in flattening native buildings or exterminating native people out of "disgust upon small occasions". It may be taken as an axiom of ethnology that one's tribe is always honest and most others are perfidious. An East Indian potentate called the Dutch liars and "sonnes of Whores", while the Dutch and English were forever slinging similar mud. Mao Zedong made a peculiar departure from this axiom when he admitted that, although the Russians and Americans were both "bastards", at least the Americans were "honest bastards." Russians, said Mao, "are also liars."

Geography, ethnology. Medicine, too. As in his more recent book Samurai William (2003), which contains rather too many quotes and stories from the present work, Milton notes the fact that a cure for scurvy had been devised and then forgotten for 170 years, after which it was once again realized that the cure may be found in the humble lime (whence "Limey"). The Europeans were forever dropping dead from various tropical ailments like the "blody flux", that is, diarrhea or dysentery. But the Europeans' very own plague was one of the reasons for the nutmeg craze, as the spice was thought to be a cure. And of course climactic unwholesomeness is somewhat relative: Milton recounts the ill fortune of an African brought back to England. Poor man almost died of gloom and cold.

And if the climate didn't kill these hapless adventurers, booze often did. Milton includes a list of provisions for a certain sailing venture, and its items suggest that each day a sailor could be expected to drink one "pottle" (four pints) of beer, two pints of cider, and a pint of wine. As fresh water was often tainted or scarce, dehydration must have been a constant problem. The Europeans also took to drinking arak: palm toddy or rice wine. In my experience arak tends to have an infuriating effect when consumed on the empty stomachs caused by the unappetizing climate. But of course the Europeans were not the only ones to get tanked: Milton says that that Mogul Emperor Jehangir, who as a Muslim should have been abstemious, was a brazen and vicious alcoholic whose thirst for drink was surpassed only perhaps by his thirst for blood. "Indians" in America were also known to tipple; Milton cites one history as claiming that "the name Manhattan is derived from the drunkenness that took place there, since the Indian word manahactanienk means the 'island of general intoxication'." Perhaps the historian would not have been surprised by Long Island iced tea.

Milton is an impressive popular historian and a delightful writer given to humorous understatement. He says, for example, that a certain Portuguese trader found the "warlike antics" of East Indians to be "both tiresome and costly", while the region's torrid climate made the Dutch "jumpy and irritable", i.e. trigger-happy. He also relishes the Elizabethan disregard for uniform spelling ("blody flux", "alligata"), and their strange combination of delicacy and attentiveness when it came to native sexual customs ("They would lift up their rat skinnes and show their privities.") No great fan of the Dutch, who tortured and killed English in what was known as the massacre of Amboyna, Milton may have tongue nestled in cheek when he writes that the Dutch commanders Wybrand van Warwyck and Jacob van Heemskerck were "splendidly named". Several times Milton has a chuckle over the pig-headed self-delusions common to our species: John Cabot's belief that Cape Breton Island was "an uninhabited part of China", for example, or the widespread belief in unicorns, for another. Objectivity was rare: Milton mentions a pamphlet entitled A True Relation of the Unjust, Cruel and Barbarous Proceedings against the English at Amboyna. Such denial of obvious bias is worthy of FOX News.

Nathaniel's Nutmeg is indeed a story of courage, but it is also a story of terrible avarice. Like many colonized peoples, the "poor blackes" of present-day Indonesia realized too late that they happened to be sitting on something for which the West had an insatiable need. The Europeans wanted only trade, perhaps, and so, in some cases, did the natives, but the suggestion that such trade was free was bogus, for terms have always been dictated by might. (Even the title Nathaniel's Nutmeg contains an untruth: Natives' Nutmeg would have been more accurate.)

Milton is no doubt well aware of this, as may be seen in his dry, nay, parched comment upon "the time-honoured principal [sic] that the best defense is an attack"; or his acknowledgment that torture was "standard procedure in the English judicial system"; or his reminder that the Europeans, who like to cite American slavery as proof of American depravity, peddled and owned slaves. "[B]urning", "torturing", "robbing", "destroying" - according to Milton, this was one assessment of the Dutch presence in the East, and it might well describe colonialism as a whole.

But of course it's more complicated than that, as Milton also shows how the "natives" in many cases were all too eager to receive European "artillary powder and shot" and various other forms of assistance. The double standard remains very much with us. One need look no further than Afghanistan, where this or that warlord accepts American cash or weapons in exchange for his loyalty, and the commodities being sought are neither nutmeg nor cloves, but opium and oil.

Review of Giles Milton's Nathaniel's Nutmeg: How One Man's Courage Changed the Course of History, Sceptre, 1999.