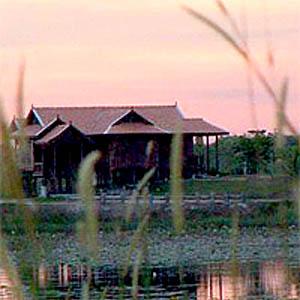 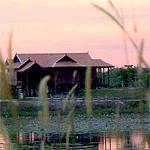 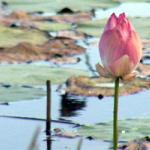 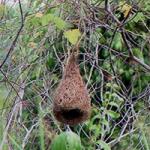 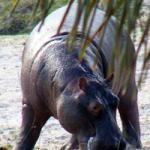 One of the top nature attractions in Malaysia is a mere 45-minute from the heart of Kuala Lumpur. The Paya Indah Wetlands is Malaysia's latest ecotourism park. With breathtaking panaroma enriched with an abundance of fascinating flora and fauna, Paya Indah Wetlands offers exciting attractions, thrilling activities and a wholesome adventure for people of all ages. Each road in Paya Indah leads to more surprises and adventures. Each glimpse rewards with an exciting revelation of Nature's best-kept secrets. Not a single minute will be wasted once you step into the 3,100-hectare wetland. Located in Dengkil, Selangor, Paya Indah Wetlands, Malaysia's first tourism park, offers a unique journey through rehabilitated wetland ecosystems, which include abandoned mining land, peat swamp forest and open lakes. Paya Indah was a major piece in the Sepang jig-saw of exemplary development where the best in technology, construction and architecture is adopted without inflicting costly and irreparable damage to the environment. In addition it provides an easy retreat to nature for its surrounding urban population and has been nurtured on a scale large enough to happily entertain large numbers of visitors.

Hippos soaking in the mud pool, crocodiles bathing under the sun and a serene environment broken only by the calls of the birds are just some of the priceless moments you can experience in Paya Indah. As motor vehicles are prohibited in Paya Indah Wetlands, travelling on foot is the best way to experience its beauty. For those wanting to see the place in a shorter time, they can opt for the tram and horse-cart rides, or a stroll through the landscaped gardens on a mountain bike.

The Nile hippos (Hippopotamus amphibius) are heavy and awkward on land, yet graceful and lithe in the water. Gentle and docile most of the time, they can turn into a threatening and dangerous predator when provoked. The four Nile hippos are a gift from the Government of Botswana, their country of origin. They arrived in Malaysia in the early morning of September 26 2001 on a Royal Malaysian Air Force C130H-30 transport plane. They were quarantined for about four weeks before being released to a specially-made one-hectare lake adjacent to their enclosure. The name Hippopotamus amphibius means "river horse" in Greek. And rightly so because hippos spend the whole day submerged in the water and only come out when it is dark to feed.

Their names are Kundra, the largest male, Chendana and Juwita, the two females, and Ti Ami, the youngest male in the herd. Kundra and friends are fed twice a day, once in the morning and once in the evening. They feast on about 160kg of vegetables and grass every day. It's no wonder they are gaining weight so fast! It would be quite a challenge to see the hippos in the wetlands as they are very fond of water. And for a very good reason. They turn pink when they're dry! No hippo worth his salt would want to appear pink in public. This happens because their thick skin cracks when dry and a reddish secretion that acts as an theraupatic agent is released. Contrary to belief, hippos do not swim. They walk in water, similar to the way an astronaut walks on the moon. They have webbed feet to help them move in the water, and they can close their nostrils and ears to prevent water from coming in.

A lonely hippo is not a happy hippo. In the wild, they can be found in large groups of 15 or more. A hippo reaches adulthood at four to seven years of age. They can live to the ripe old age of 35 to 40 years in the wild and 50 years in captivity. The females start breeding at the age of seven, with a long period of gestation of about 230 days. That's nearly a year! And they only give birth to one calf each time.

Like most animals, hippos have a unique way of communicating with each other. They grunt and bellow. Their sounds, which can be heard from great distances, adds on to the already wonderful cacophony of the wildlife in the wetlands. Hippos are quite adorable in spite of their ungainly appearance. At the Paya Indah Wetlands, you can get up close with Kundra and friends and see how they behave in an environment which closely resembles their natural habitat. Watch them forage on the banks of the Hippo Lake. It is quite a sight to behold.

Paya Indah Wetlands is host to a myriad of migratory birds that make their journey to the south between November and December. During this time of the year, bird-watching enthusiasts armed with binoculars will blend in with the tall elephant grass to partake in bird-watching activities. However, all-year round, Waterbird enclosures house pelicans, black and white swans, painted stork and Manchurian cranes. The birds come from different parts of the world. Each of the species has their own distinctive features. Swans are heavy, long-necked birds of lakes and river shores. They dip their heads and necks into the water to feed on vegetation. These birds always live in pairs. It is said that when one of them dies, the other will pine for it and eventually wither away as well. Hence, these birds are used as a symbol of love and happiness in many cultures.

Another waterbird that can be seen in the Paya Indah Wetlands is the white pelican. These are large aquatic, fish-eating birds with webbed feet. They are excellent swimmers and have enormous yellow to orange bills. The lower mandible (or jaw) bears a pouch of elastic, naked skin which is often seen moving in the wind as they waddle on land.

Amongst the flock of pelicans in the bird enclosure, you will notice that there is one very distinctive bird, standing alone as if watching over the group. This bird is a painted stork and is a migratory species originating from Pakistan, India and Nepal. It has white and black feathers with some pinkish markings and long beak with a slightly crooked end.

The most regal species of waterbirds in the Paya Indah Wetlands is the pair of Manchurian cranes given to Malaysia by the People's Republic of China. The Manchurian Crane or Red-crowned Crane, named because of the red crown at its head, is one of the largest and most beautiful of all cranes. Its plumage is white in contrast with its black neck and tail. These birds display a spectacular courtship dance during the breeding season. The Japanese consider the cranes to be a sign of fidelity in marriage. For the Chinese, they are a sign of good luck and peace.

Paya Indah Wetlands is also home to a variety of non-captive birds. These birds usually come out from their nests and shelters in the morning and also in the evening. Among all the species, visitors will be naturally drawn to the purple herons because of their striking purple bodies and snake-like long necks, which are usually held in prominent kinks. Its purple plumage with yellow and black stripes actually provides an excellent camouflage among the reeds. A rather adorable bird species is the lesser whistling ducks. They are also sometimes called the lesser tree ducks because they nest in tree holes. This bird prefers freshwater wetlands where their favourite food grows and where there is sufficient thick vegetation to hide in, like the lakes full of lotus in Paya Indah Wetlands.

More than 210 species of birds have been identified here, with a majority of them found in the peat swamp forest. They are an important element in ensuring a healthy balance in the ecosystem of the wetlands. But more importantly, these waterbirds bring life and colour to the vast landscape.

Another breathtaking sight is the view of lotus-covered lakes. The vibrant pink colour of this flower provides a stunning backdrop to this once-barren terrain of former tin mining land. The lotus (Nelumbo nucifera) is an aquatic plant with broad floating leaves and bright fragrant flowers that grow only in shallow waters. It has long stems which contain air bubbles that enable the leaves and flowers to float on the surface of the water. Its huge, almond-shaped petals form a shallow bowl around a seed pod that vaguely resembles the nozzle of a watering can. The lotus is revered in many cultures and communities throughout the world. In India, it is considered sacred and legendary, with many religious myths and folklore woven around it.

According to a Hindu legend, Lakshmi, the goddess of fortune and prosperity as well as the epitome of feminine beauty, was born radiant and fully grown from the churning of the sea, and portrayed as sitting on a lotus, her traditional symbol. The lotus is an important icon in ancient Egypt where it is depicted and used in many ancient drawings, architecture and hieroglyphics on tombs and temple walls. One in particular shows the king of Upper Egypt wearing a flower of the white lotus as a tall crown. Tibetan Buddhism, meanwhile, looked upon the lotus as the object of its principal mantra, which translated into: "Hail, jewel in the lotus."

The sight of the lotus growing in muddy waters, yet emerging from them unblemished and untouched by pollution, has captivated and inspired artists for millennia. Nature has provided the lotus with a simple and elegant way to "cleanse" itself with rain, fog and dew. Its surface is covered with a dense layer of pointy little moguls which undermine the cohesive properties of water. Drops of water on a lotus leaf will roll down, gather dust as they move and leave a clean trail. The lotus has many sub-species and varieties.

At the Paya Indah Wetlands, one variety that has thrived in abundance is the Pink Angel, whose flower is dark pink with a white throat. It blooms several times throughout the year, especially in the Lotus Lake, the longest lake in the park with a length of over three kilometres. Most people are not aware that the lotus has many medicinal properties. The root is rich in vitamins, carbohydrates, calcium and iron. It is also believed to be good for the kidneys, and helps cool down the body. The stems of the flowers are taken for a healthy heart, the leaves for the cooling effect, and the petals for cuts and minor wounds. The seeds are said to be effective in controlling diarrhoea. The next time you visit the Paya Indah Wetlands, do not forget to take some good pictures of the lotus. When admiring them for their beauty and grace, think also of their mythological and religious importance, and medicinal properties.

After taking a few snap shots, we proceeded to the Rumah Melayu. It was a pity that we could not view the interior of the wetlands' showcase of the Malay heritage and architecture as it was undergoing some renovation then. The Rumah Melayu was prefabricated in Besut, Terengganu, before being shifted and reassembled at the present spot. The exterior of the house is so beautiful and we learned that six skilled craftsmen built it, according to traditional Terengganu architecture. While there, we heard the birds chirping and found a Purple Swamphen near the Paddy Lake, which is where the birds would nest. At the far end, there was a dredge which had ceased operations since 1997. After that, it was time to bid the Paya Indah Wetlands farewell. I would definitely be back again for a short nature excursion!