A Random Walk Through Technokyo 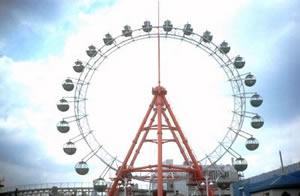 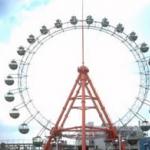 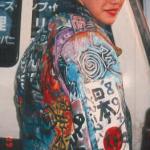 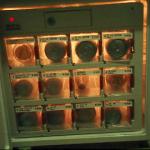 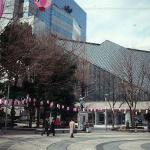 If all that glitters were gold, Tokyo would be doubly rich. Every turn you take in this dynamic city reveals new technological wonders, ranging from gimmickry to mind-boggling marvels. No doubt about it, Tokyo is a preview of the 22nd Century.

Coming into Tokyo on the train from Narita Airport, the visitor is astonished by the mixture of old and new: wooden houses wedged side-by-side as if with a shoe-horn, standing cheek-and-jowl with high-rise concrete apartment blocks that by comparison seem strangely dehumanizing.

That is, if you manage to get on the train in the first place. To a non-Japanese, figuring out how to use the automatic coin-operated ticket-vending machines at train stations can be an exercise in trying to achieve the impossible. Which hieroglyphic button do you press? And how many yen do you put in the slot? Fortunately, the polite and civilized Japanese people are ever-ready to help.

Ikebukoro is an extraordinarily energizing place on the north-west side of the city. Walking through the streets of Ikebukoro, you feel that you've been plugged into a dynamo.

One of the highlights of Ikebukoro is the Tokyo Metropolitan Art Space, boasting one of the world's longest escalators. Coming down, you seem to be descending from the clouds, and your ears nearly pop.

The next morning, I decide to go exploring. A ¥640 day ticket, valid on all subway lines, proves to be a good investment.

Approaching Korakuen Station, the train surfaces. A huge Ferris wheel greets the onlooker: this looks like part of an amusement park that deserves some attention.

Korakuen Amusement Park and Geopolis is a giant complex, stretching from one subway station to the next (Suidobashi). Opposite is the Tokyo Dome, the "Big Egg". This high-tech indoor baseball stadium, home of the Yomiuri Giants, was completed in 1988, and boasts a huge curved roof made out of Teflon-coated glass panels.

But nature calls. I adjourn to the rest room, and come across another technological marvel: an intelligent washbasin. As soon as you put your hands under the spigot, the water starts to flow. There's a little infrared sensor under the outlet, thereby avoiding the need for taps. You start to think that Japan is one gigantic inventors' workshop.

Outside is a beautiful little park, featuring neat garden beds with loudspeakers hidden between the foliage. And hidden beneath a tree is a neat wooden shrine with, of all things, a kangaroo as the centrepiece.

But it's time to take a closer look at the Korakuen Amusement Park, another example of the astonishing creativity of Japanese society. In pride of place is the Parachute Ride. You're lifted to the top of a tower as high as a 20-storey building, and then dropped on a cable, with (it seems) only a parachute to slow your descent. Then there's the block-long roller coaster, incorporating a 360o twist.

From Nijubashimae Station, it's just a short walk to another technological wonder: the Japanese Imperial Palace. But this time it's not modern but ancient technology that makes you gasp. The master masons who built this Palace and surrounding walls perfected the art of stone-masonry to such a degree that the finely-dressed quoin (corner) stones can be laid on a batter without falling back on each other. The hand-beaten copper and adzed wooden beams that frame the entrance porticoes are further evidence of this craft expertise.

How is it that the Japanese are so creative and at the same time manage to excel in business? These two skills are generally considered to be diametrically opposed, as in the case of the "mad inventor" who never gets any of his products to market.

The answer seems to lie in the connecting factor: quality.

An example of this emphasis on quality comes a few days later. I'm watching some concrete workers forming a new path through a City park. All the workers are white-gloved, all the materials neatly laid out in rows, the aggregates and cement all carefully measured. Care and dedication are the rule. Is it any wonder that this country has so deservedly achieved "super-nation" status?

But now it's time to leave Tokyo, and take the midnight "Dreams Bus" to Osaka, home of the super-tech Stadium of Rock. For a few hours I can forget about technology, as I recline in my luxury seat with customised leg-rests, individual sound-system, adjustable air-conditioning etc., safe in the knowledge that on board there's a tea dispenser, coin-operated phone...

Maybe this is the Japanese secret - being able to adopt the new without feeling that you have to discard the old.


Getting Around:
People in the know swear at Japanese rail prices, but swear by the JR Rail Pass. With one of these passes, you can recoup your expenditure in one single trip. A bonus is being able to catch one of several comfortable overnight trains, thereby saving on the cost of hotel accommodation.

Available also is the Shu-yu-ken, a less widely known form of rail ticket, particularly suitable for those who want unlimited travel within a fixed area. Price varies according the size of the area and number of days. For details, contact the Japan National Tourist Office.

Guide-Books:
Lonely Planet's Japan, a Travel Survival Kit is unsurpassed. Of complementary value is Jim Rickman's Japan for the Impoverished (Borgnan Corporation), excellent for advice on cheap rail travel, but not much else; and Gateway to Japan, by June Kinoshita and Nicholas Palevsky, superb in detail but super-confusing in layout.

Acknowledgments:
The author gratefully acknowledges the kind assistance of Ansett Australia and the Japan National Tourist Office in facilitating this trip.