Retired and on the road: older tourists embrace Asia 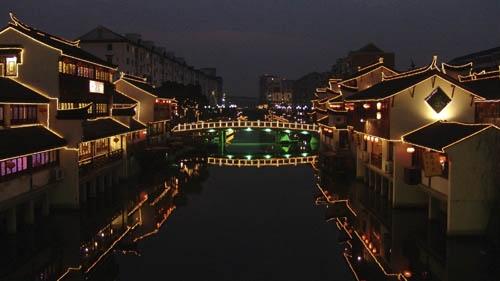 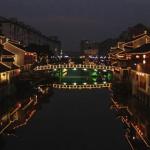 The typical tourist in Asia used to be a young backpacker in need of a shower, but these days there are just as many older and retired people roaming the continent seeking its secrets.

With money and time to spare, the new breed of Western visitor is hitting the road in India, China and elsewhere, armed with an adventurous spirit, an inexhaustible thirst for knowledge and a keen eye for a decent mattress.

"This is a major growing sector for us," said Karan Anand, an executive at New Delhi-based tour company Cox and King's.

"Older people with their pension sorted out often plan their lives around a yearly holiday to interesting places."

Anand said tourists aged over 55 have different priorities to younger travellers, rejecting the beaches of Goa for an itinerary focused on local culture and historic hotels converted from former princely palaces.

"Older people seek a learning experience, combined with an easy pace," he said. "And they appreciate a proper, expert guide to explain what is around them."

Comparable data is scarce but 103,000 British residents aged between 55 and 64 travelled to India in 2009, and 51,000 went to China, according to the Office for National Statistics.

"I started my company to take young professionals abroad for adventurous holidays, but then realised I was getting lots of calls from their parents," said Tom Barber, owner of London-based Original Travel.

"People jokingly call them 'SKIERS', which stands for Spending the Kids' Inheritance, and they certainly want a piece of the action.

"One key element is the relative fitness of older people now. It is remarkable how many are up for thrill-packed safaris or other challenges."

Barber said that more than half of all his clients who go to China are over 50, and that -- except for young honeymooners -- the figures are the same for India.

"Small group tours can be popular with older people because lectures, guides and talks are easier to organise, and that adds a lot of value," he added. "It is not stuffy, just a very enhancing way of travelling.

"Other older people are fiercely independent."

At Humayun's Tomb, a popular attraction in New Delhi, Giselle Deuve, 81, from France was exploring with a guide provided by her tour company.

"I always travel alone and this is my second time in India," she said. "Since I've retired, I've been to China twice, and Vietnam, Sri Lanka and Bali. It is fantastic to see new things."

Deuve, who worked as a bank clerk in Paris, said an organised solo itinerary made her holidays manageable and rewarding.

"I like to experience the religious element of everyday life here, and my guide takes me to see places and people I'm interested in," she said, "The locals are very gentle towards older people.

"I am just careful about what I eat and drink to avoid getting ill."
Travel sector professionals point out that improving food and hygiene standards at hotels across Asia have reduced the "fear factor" among senior tourists.

"India is no longer a basket-case country and that helps," said Jamshyd Sethna, owner of Shakti Himalaya, a company that takes guests to isolated luxury lodges in the mountains and to remote villages in Sikkim and Ladhakh.

"Older people are very discerning about seeking out special experiences, and combining those with quality accommodation and food," said Sethna, who has pioneered niche luxury tourism in India over 30 years.

In China, good hotels are still thin on the ground but the draw is strong for Westerners who remember the country's closed past.

"It is true that the number of retired foreign tourists is increasing compared to five years before," Mr. Yan, of the China Comfort Travel agency, in Beijing said. "Most travel independently as couples and not in group tours."

Whether exploring a forgotten hill station in India, the temples of Thailand and Vietnam or the museums of China, "grey-haired globaltrotters" prove hardy, self-reliant -- and lucrative.

"Most people aged 55 and over would have been looking at a coach trip around Europe 30 years ago," said Sean Tipton of ABTA, the trade body for Britain's travel agencies and tour operators.

"We have seen fundamental change since then, with people who have retired but refuse to be pigeon-holed. In many cases they are more adventurous than people in their late teens and 20s.

"These travellers are the most affluent generation ever seen, and many have visited a fair bit of the world already."

The Arab world may look off-limits in the current upheaval, but countries in the Middle East like Oman, Syria and Iran appear to be the next target for older tourists from the West.

"Almost all our clients wanting to go to these places are over 50," said Barber. "They have a real appetite for it."