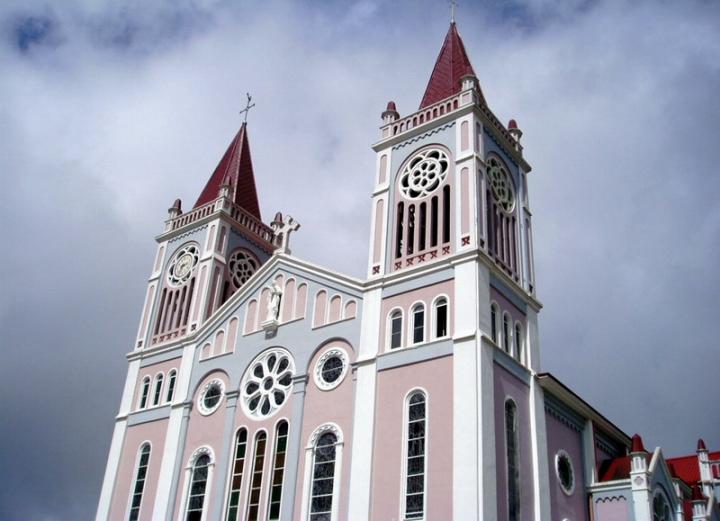 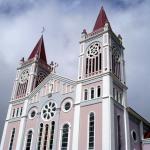 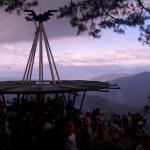 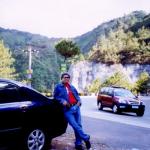 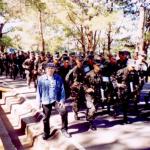 Sometimes visiting a place just stirs your senses. It opens your eyes for a moment to endless possibilities you have never imagined before, egging you to chart a course beyond your comfort zone. It dares you to do something unusual — drop everything you’re doing, bust open the stale confines of your prosy life, retrace your steps to that same place and relive everything you’ve done there, something like that. Baguio, the famous summer getaway in northern Philippines, did that to me.

When I first caught a glimpse of her enchanting beauty, it was through the haze of a late April afternoon a few summers ago. As the bus proceeded through a winding road in the Cordilleras and emerged from the thick mists that hovered around the place, I beheld her grandeur from a distance. Radiating a seemingly aural glow, her surreal imagery seemed to beckon, inviting me to explore her.

Since then, Baguio has swept me off my feet. Hearing her name easily conjures up in my mind those picture-perfect images of pine-clad mountains, winding roads, luscious strawberry fields and sweet-smelling blooms. Months after that first visit, I hankered to be back into her arms, even holding out the possibility of settling there for good.

Apart from her scenic mystique, it’s mostly her climate — which is unique in these tropical parts — that makes Baguio tick. So, while the rest of the Philippines sizzled during the summer months at, say 32°C, Baguio is chilling at 18°C! For lowlanders like me, finding a cool place like that in the highlands that can ease your cares is a bliss you’d surely hate to come to an end.

I thought it would take a decade before I’d get the chance to revisit Baguio; it turned out to be sooner than I expected. Recently, some friends, who were attending a convention in the city, invited me to be with them. Although cash-strapped, I gleefully packed my stuff and joined them, lured by the prospect of seeing anew the cold mountain city that had me at first sight.

From Manila, we drove northward, taking the route that led us to the zigzagging Kennon Road, probably the most visually striking among the arteries that link the city and the lowlands. Anybody who loves nature and plans to take this route should bring along a digital cam, video cam or cell phone, or else he’ll regret it. The breathtaking vistas of falls, ravines and hills that unfold before you will definitely leave you dazzled. But before you get so enamored with the sceneries, you must have the presence of mind to keep on clicking your gadgets for posterity’s sake. Me? I run out of film! So I tried to save as many visual images as my memory would permit.

Traffic in downtown Baguio has become oppressive compared to my previous visit. It would do you good to leave your car in your hotel, and gad about on foot. Baguio’s sights, smells and sounds are experienced best through leisurely strolls along her narrow streets, which are teeming with activity even after the sun has long gone down.

I think those who’ve been to the city would agree that the perfect way to jumpstart a tour is to hike along Session Road, Baguio’s main commercial artery. Home to all sorts of bazaars, boutiques and department stores, Session also features an array of fast food restaurants, cafés and bars. From Session Road, let your feet lead you to one of the city’s most frequented family picnic spots, Burnham Park. Situated in the heart of the city, it boasts of sprawling grounds where hikers, bikers, skaters and other sports enthusiasts can do their thing from sunrise to sunset. There’s a man-made lagoon where you can row a boat, a skating rink for gliding to your heart’s content, several rose gardens ideal for picture-taking, walkways for loafing, a football field for outdoor activities, and numerous stalls offering a variety of goodies and treats.

A tour of Baguio won’t be complete without a visit to Mines View Park, which treats tourists to a commanding view of the hills and valleys of the Cordilleras and the old mines of Benguet. During my first trip, I was thrilled with the prospect of seeing a real gold mine. To my chagrin, they’re already a thing of the past! Be that as it may, Mines View, which draws throngs of people because of its numerous souvenir shops offering wares that are uniquely Baguio’s, is still worth your while.

Another must-see is the Philippine Military Academy in Fort Pilar. I failed to go there during my first visit since it was closed during the Holy Week.  Upon my return, stepping into the PMA’s manicured grounds was part of my itinerary. Inside the academy, we stumbled upon a regiment of plebes dressed in fatigues on their way to class. Had it been a Saturday morning, we could have caught them dressed in full regalia during the parade and review at Borromeo Field.

An ideal venue for retreats and meditations, Baguio has become some sort of a spiritual mecca of northern Philippines. There seems to be at least one place of worship where the faithful of any creed can pray and seek solace. For Catholics, it would be the height of irreverence not to drop by one of the city’s most prominent religious edifices: the Baguio Catholic Cathedral. Nestled atop a hill, the church has twin spires that seem to point towards the sky in reverence to God. After hearing mass there, we proceeded to the grotto of Our Lady of Lourdes, a favorite hangout of pilgrims and penitents during Lent. Together with many devotees, I scaled the more than 200 steps leading up to Virgin Mary’s shrine, lighted a candle and said my prayers.

To cap our stint in the city, we went around Club John Hay. Used to be off-limits to ordinary Filipinos, the Club is now open to the public after its turnover to the Philippine government in the early 1990s. Managed by a private realty developer, it has been converted into a recreation center that boasts of many sports facilities. I have been to the Club on both trips but I can’t seem to get enough of it. For the ways to pass time are numerous. You can wander and enjoy the beauty of the surroundings while breathing in Baguio’s soothing pine-scented air. Or have your pictures taken at any of the botanical gardens. Or simply laze around, read a book and meditate at any of the pine tree-shaded picnic grounds.

During my latest visit to the city, I can’t help overhearing some disenchanted folks talk about the Baguio they knew decades ago. It felt awkward listening to the things they were saying.  For one, they claimed her natural charms have  been  diminished  by the trappings of rapid urbanization — shopping malls, real estate development, migration, traffic jams and all.  They may have a point there.

The unpleasant talks about her, however, hardly undermined my desire to see Baguio the next time around. If time and money permit, I would still head back to the undisputed Summer Capital of Philippines, if only to re-experience the magical high I found there twice. I just wish that her people would go to great lengths to preserve all her breathtaking attractions so that those wanting to stay there even for just a few days can still enjoy them.