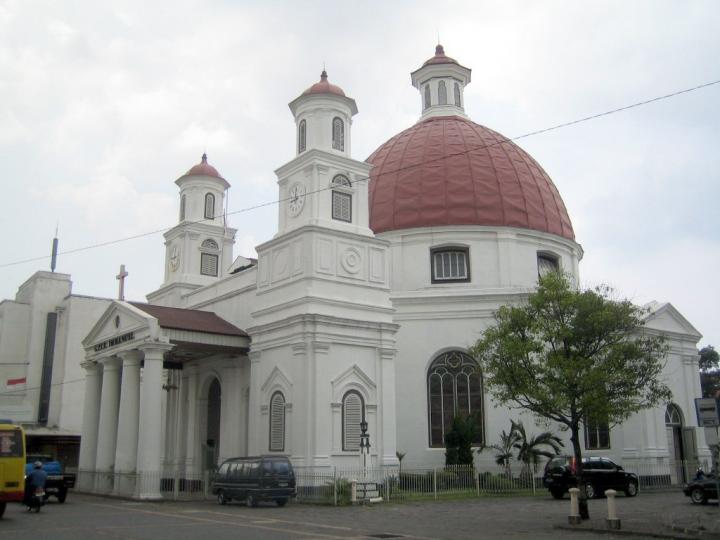 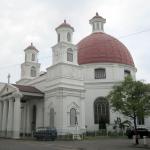 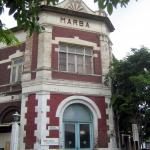 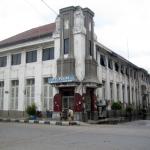 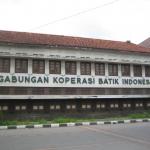 “Hey, miss, would you like a ride to tour around the Old Town?” a tricycle driver called to me while I was crossing the Berok Bridge which connected the old and new town of Semarang. The clouds were getting dark, the air felt hot and humid. I hesitated for a while. “Only ten thousand rupiahs,” he said again. I was tempted by the generous offer but it was just about to rain and I had to hurry to meet my friend who was waiting at the other end of the Old Town. “Maybe next time,” I smiled to him and kept on walking.

The Old Town (“Kawasan Kota Lama” in Bahasa Indonesia or “Outstadt” in Dutch) is a 31-hectare area in Semarang, the capital city of Central Java, Indonesia, which is very much a Dutch colonial heritage. In the 18th century, it served as the commercial centre especially for sugar trading. To safeguard the area, the Dutch decided to build the Vijhoek fort which surrounded the whole old town. The Berok Bridge used to be located at one of the fort gates. The Dutch actually called it “burg” which means “bridge”. However, due to the inability of local people to pronounce the word correctly, the bridge was eventually called “Berok”.

The Old Town is, in a way, different from other parts of Semarang because it is geographically separated from its surrounding area (unlike the streets outside, all the roads in the Old Town are paved) and it features a distinctive architectural style with a strong link to its colonial past. Thus, it became known as “Little Nederland” – a spot where the past managed to survive. There are still about 50 historical buildings scattered around the Old Town. Some of them are still in use today but unfortunately, most are already dilapidated and abandoned.

Despite the inadequate conservation, I still enjoyed walking through the Old Town of Semarang. Old and decaying as it was, I knew there were stories hidden in every corner of the Old Town and for me, stories were treasures. I strolled across PT. Pelni (which was used to be the sea cargo company called NV Bouw Maatschapij), the office of the Association of Batik Indonesia (designed in 1930’s specifically to suit the tropical weather), and the Telkom Office (built in 1907 as a telegraph centre). At the heart of the Old Town, I stopped at the beautiful Blenduk Church built in 1753. “Blenduk” in Javanese language means “dome”. The church, as one can easily guess, earned its name due to its big red dome. Today the church belongs to GPIB Immanuel. Across the church, stood the Jiwasraya Office, which was built in 1920’s by the architect Herman Thomas Kasrten. And eventually, near the other end of the main Suprapto Street, there was the Marba building. It was from the 19th century, built by a rich Yemen trader named Marta Badjunet. The abbreviation of his name was taken as the name of the building to commemorate his good deeds.

The rain started to fall and I ran to find my friend in her car. “What took you so long?” she said as soon as I got into the car, “Let’s go and get some lunch.” So we drove along the riverside to Gang Lombok, a quiet corner in the Chinatown not far from Little Nederland. A beautiful Buddhist temple marked the area and floating on the river was a replica of the ship used by the Great Admiral Zheng He, one of the first Chinese explorers who came to Indonesia. There was an old noodle shop there called Siang Kie which served the best noodles in Semarang.

“You know,” my friend said, “the old folktale said that one of the statues in the temple here used to metamorphose into a human being at night and then he would go out and buy some food to eat.”

“Really?” I straightened up and was ready for another story from the past.