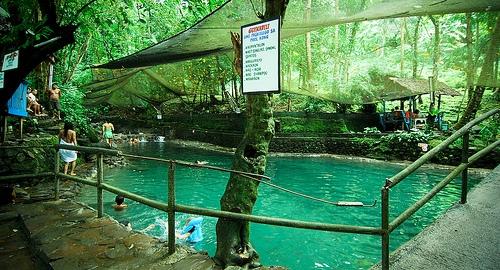 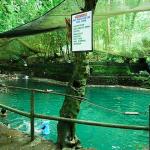 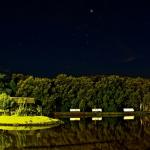 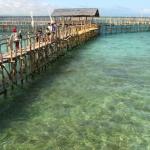 (Taken from "Splendour of the Far East: The Philippines" by Junfil N. Olarte. Article part first appeared at www.davestravelcorner.com)

By the time I reach Cagayan de Oro, the quietness of 2:00 a.m. dawn still lingers on the city’s entire seaport. I remain in my ship until daylight comes, then proceed to the bus terminal en route to Balingoan, Misamis Oriental, which has the nearest jump-off point to Benoni––a quay in Mahinog in the alluring Province of Camiguin.

Camiguin is one of Mindanao’s jewels and has long been a destination for rugged individualists. It is a pear-shaped volcanic island lying in the Bohol Sea––some 54 kilometres southeast of Chocolate Hills and 10 kilometres north of Misamis Oriental––hosting seven volcanoes. Five towns of the island are Mambajao (capital), Catarman, Sagay, Guinsiliban and Mahinog; the island measures approximately 29,000 hectares with circumferential road of 64 kilometres.

Old Spanish documents, made available to me by its tourism, indicate that the great explorers Magellan and Legaspi landed in Camiguin in 1521 and 1565, respectively. But it was not until 1598when the Spanish settlement was established in what later came to be the Guinsiliban town. It was only in 1679 when the Spanish took major settlement in Catarman.

In 1871 Mt. Vulcan Daan erupted and submerged its old capital, Bonbon, suffocating over 2000 inhabitants, until Mt. Hibok-Hibok’s raging outburst in 1951. Since then, the residents of the island regained to live their lives normally.

“For tourists, Camiguin is the perfect place in Mindanao,” one spokesperson for the Island’s Tourism tells me with a twinkle in his eye, “with our ‘hot and cold’ springs. But the main come-on to tourists is the Lanzones Festival.”

To reinvigourate myself from the weary travel, I spend the whole night at Mambajao’s Ardent Hot Spring, along with American visitors Nancy and John. Ideal for night swimming, the spot’s natural pool is about 39°C springing from depths of Mt. Hibok-Hibok––the only active volcano in the island––with picnic huts, cookout facilities and restrooms.

Other springs in Camiguin include Catarman’s Sto. Niño Cold Spring, with its 2-metre deep cold spring water sprouting from sandy bottom; the cool splash of crystal blue water of Mahinog’s Macao Cold Spring; and Tangub Hot Spring, a volcanic spring by the sea––temperature varies as the tide changes. More tourist attractions are the Katibawasan Falls, White Island, Tuasan Falls, Jicduf and Burias Shoals, the Old Volcano, and a number of private beach resorts.

Several months ago I joined a considerable number of spectators to cheer on the four-day grand cavalcade of the island’s “celebration of bountiful harvest.” Lanzones Festival, normally held every third week of October, highlights a tableau of Camiguin’s local culture with grand parade of Lazones (a sweet-taste fruit found abundantly in the entire province). Houses, carriages, street-poles––and even people––are decorated with Lanzones and its leaves, as a thanksgiving celebration for the abundant harvest of lanzones and other agricultural products in the island. It is Camiguin’s contribution to Mindanao as a cultural destination.

Before going back to Manila, I spend the last jaunt in the northwestern portion of Mindanao (Misamis Occidental), and drop in on Aquamarine Park. Located in Libertad Bajo-Sinacaban, Aquamarine Park is a tropical resort and a prominent habitat for various marine mammals in Mindanao. It also features a wildlife park that quarters a wide display of animals––most are native to the Philippines. But the main attraction is the offshore Dolphin Island.

The spot has mangroves left untouched. Out of this natural setting, cottages and hut-style suite accommodations line the mangroves where visitors can stay. About a hundred steps from the cottages is the mainland-floating restaurant, the other is on the Dolphin Island, which can be reached by a 10-minute boat ride. Dolphin Island has a big, wide pen in the middle of the ocean where it houses numerous dolphins. Although not trained, the dolphins at times would show their acrobatic skills to visitors.

In my conversation with Manolito Yap, Aquamarine Park’s Officer In-Charge, he tells me that other than the site’s business aspect, Aquamarine Park is also engaged in coastal resource management. “This 60-hectare Aquamarine Park aims to balance environmental protection and tourism,” he says. “We are now on the way to put up new concrete establishments to provide more facilities and amenities to tourists.” Aside from dolphin watching, the park also offers scuba diving, snorkeling, kayaking or ride a glass-bottom boat to view the corals and fishes underneath.

Perhaps none of such places in Southeast Asia bears comparison to the alluring isles of the Philippines. Certainly hundreds of colourful festivals and captivating resorts abound the entire archipelago. No matter what blows have brought it to its knees, from western exploitation to Japanese occupation, from volcanic eruptions to tropical cyclones, Philippines has risen from ruins time and again: it’s 7,107 jewel isles remain positively resplendent––but they are only half the story. Many from the West have also found their home in the Philippines because of its distinctive culture and climate––and a country of conviviality that possesses a warm hospitality.