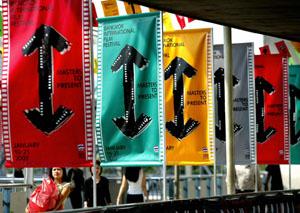 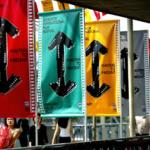 "It is definitely there, interest in emerging Thai cinema," says Wouter Barendrecht, chairman of Hong-Kong based distributor Fortissimo Film Sales. "There's a huge variety of different kinds of films that people in the past wouldn't have expected to be there," he says. "It seems more like a well-embedded industry now rather than an exotic novelty." Barendrecht points to a new generation of film-makers partly trained outside Thailand -- which lacks a film institute -- or who have been grounded in the advertising industry, as being responsible for the fresh look of Thai cinema.

Thailand's bid to make its mark on the world cinema map is indicated by the currently screening Bangkok International Film Festival, the most ambitious festival to show in Thailand to date. Organisers -- who have been criticised in the local press for making tickets impossible to purchase despite half-empty cinemas -- are hoping that the new Golden Kinnaree Awards will attract film-makers here while also raising awareness of Thai films, which are featuring heavily in the festival line-up.

There are now plenty of local films to choose from: production has soared from seven in 1999 to some 50 expected to be shot this year. Increasing numbers are being selected to appear at film festivals around the world.

The unusual "Tears of the Black Tiger", a homage to the Thai Western genre popularised during the heyday of the country's cinema in the 1950s and '60s, paved the way in 2001 by showing in the "Un Certain Regard" alternative category at Cannes, the world's most prestigious festival. International distributors Miramax snapped the film up after its screening there.

"Blissfully Yours", a sensuous depiction of a brief affair between a Thai factory worker and an illegal Myanmar immigrant, snared the prize in the same category in 2002.

"Thai films are being featured at international festivals around the world and I think more and more Thai directors are being recognised," chairman of GMM Grammy Pictures Ekachai Uekrongthamat says. He offers as a further example "One Night Husband", the latest work of one of Thailand's few female directors Pimpaka Towira, which has just been selected to screen at next month's Berlin festival. Such recognition, coupled with the spectre of financial success both abroad and at home, is luring international investors directly to Thailand's shores.

"A very large chunk of the box office in the Asia region goes to local movies, so the international players want to make sure they can spot good local products and step in as partners as early as possible so they can benefit if they become successful," Ekachai says.

Ekachai, who is himself directing a forthcoming film about the true-life story of a transvestite kickboxer, says the funds aren't particularly needed, but access to global markets is. "We are looking for international partners who can come in and not just put money up, but who would have the capacity to take our films outside of Thailand and give them wide theatrical release," he says.

The US release later this year of the epic "Suriyothai", which was re-cut by legendary American film-maker Francis Ford Coppola to make it accessible to non-Thais, should focus attention even more sharply on Thailand, he says. The lavish historical drama stars 70 main actors, 2,000 extras and 80 elephants, and was produced for 400 million baht (nine million dollars). It raked in 700 million baht domestically and smashed all box office records.

Other films too are facing re-cuts before they travel: the 2001 local hit Bang Rajan, a violent portrayal of a period of Thai history well known to locals, was turned into a stronger action flick to appeal to foreigners. "We tried to adapt it to be suitable for the international market," says Sangar Chatchairungruang, marketing director of production house and distributor Film Bangkok.

But ironically perhaps, the edgiest of Thai flicks -- such as "Blissfully Yours", which contains nudity -- are not given theatrical release at home as they would be cut by the country's conservative censors.

Sangar's most immediate worry however is that too many films are now being churned out. "We have many, many producers making the films -- 50 films a year. We are a little bit worried about this. When you have that many films it will include good films -- and bad films," he says. Other problems the industry faces are a dire lack of training, and a miserable selection of venues showing arthouse films -- a problem only temporarily solved by the current film festival.