Travellers know that they have reached china after they indulge in Sichuan cuisine. 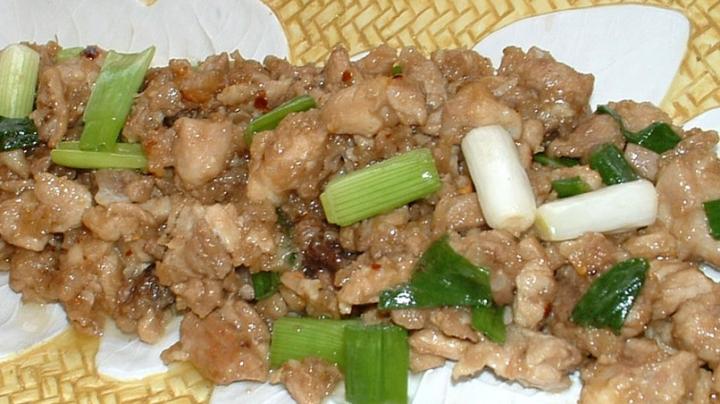 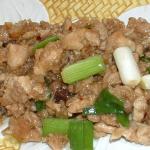 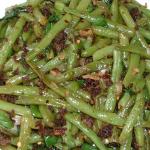 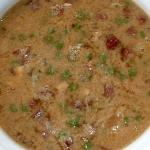 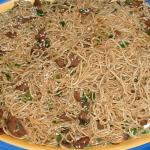 Sichuan food, also known in the West as the Szechuan Cuisine, is one of the most famous of China's regional culinary arts. Emphasizing the use of chilli, it is renowned for its pungent and spicy flavours. Sichuan cooks enhance their kitchen further by the use of chilli pepper oil, Sichuan peppercorn, sesame seeds, garlic, ginger, as well as fermented soybeans and vegetables, adding a myriad of tastes to their dishes. It is said that one who has not enjoyed Sichuan food has never reached China.

Located along the Yangtze, Sichuan, isolated by mountains has developed a regional identity. A land of beautiful lakes, hot springs, deep ravines, limestone caves and waterfalls, it is known in China as ‘the land of plenty'. Sichuan is very fertile and the land produces abundant agricultural crops and a profusion of strong herbs and herb-like spices. As well, its cuisine is the spicy hottest in China. This has given the inhabitants the reputation for being a bit spicy - local women are known as la mei zi, ‘spice girls'.

he Sichuan kitchen, one of the world's great kitchens and one of the most emphatically flavoured cuisines in all of China, was for centuries well hidden to the outside world. However in China it has always been legendary for its sophistication, richness and diversity, boasting a variety of at least 5,000 different dishes. Today its fame is beginning to spread worldwide and it is becoming a favoured food even among many non-Chinese
Strangely, chilli pepper has had a great hand in making the Sichuan Cuisine a much sought after food. It is believed that the red pepper is so popular in this part of China because Sichuan has a humid climate that encourages people to eat strongly spiced foods, hence helping to reduce internal dampness.

However red peppers were not native to Sichuan. They were introduced to China in the 17th century from the Americas. How these peppers reached Sichuan, a land-locked region in China, is not clear but it is believed they were introduced from India when Chinese merchants met Portuguese and Spanish traders along the historically renowned Silk Route.

However, this does not mean that the Sichuan housewife had no way of producing ‘the hot' before the discovery of the Americas. Even before the introduction of the chilli, through the centuries, the people of Sichuan had developed what is called: the Sichuan peppercorn, also known as pepper flower, Chinese pepper and fagara.

Not a pepper at all, it is a reddish-brown fruit produced by the prickly ash tree and locally known as huajiao. It gives zest to any dish in which it is used without overpowering the natural taste of the food. A little different then the chilli introduced from the Americas, this pepper gives certain numbness to the mouth, which imbues a unique taste.

With the many food condiments used in the Sichuan kitchen that has been evolving for at least a thousand years, it is no wonder this fine cuisine has become so important in the world of hot culinary dishes. Colour, flavour, nutrition, shape and smell are carefully balanced to make the dishes not only look pleasant and appealing but also nutritious.

Yet, even though hot mouth-burning food is what comes to mind when Sichuan dishes are mentioned, at least one-third of the Sichuan cuisine is barely spiced or not spiced at all. The balancing of taste, no doubt, also contributes to the fame of this important part of the Chinese cuisine.

Sichuan cooks employ numerous cooking methods - from braising, stir-frying and boiling to roasting, simmering, steaming and stewing. However, a complete list would include more than twenty distinct techniques.

Among the most important spicy dishes, renowned in the region are: hot pot, Sichuan style; Kung Pao chicken fried with peanuts, spicy crab, smoked duck, mapo tofu, Sichuan pepper beef and twice cooked pork - pork is first boiled then stir-fried. Beef is, to some degree, more common in Sichuan cooking than in the other sister Chinese cuisines. Stir-fried beef is often cooked until chewy, while steamed beef is, at times, coated with rice flour to produce rich gravy.

If novices wish to experiment in preparing the hot dishes of Sichuan, they will come to appreciate the notable characteristics of Sichuan cooking and its dazzling variety of flavours.

The following traditional Sichuan dishes, created to my own taste, have been simplified and some of the spices, hard to find in North American markets, have been replaced with somewhat similar and more accessible spices.