A Veteran and his wife find Peace and Purpose in Vietnam 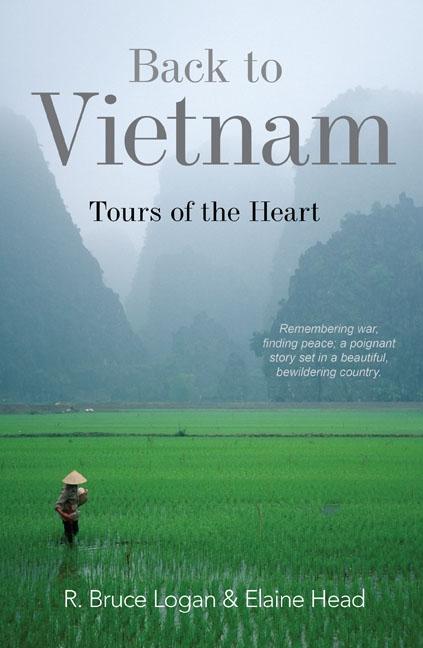 Tours of the Heart 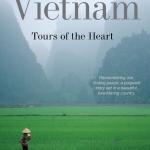 We discovered Tours of Peace Vietnam Veterans (TOP), an organization dedicated to the support of veterans, and their families, on quests to find closure and reconciliation by returning to Vietnam. Their acceptance of our application led me to agree to accompany Bruce, so he would not encounter alone whatever ghosts might linger for him. The tour would include visits to significant sites, tailored to each tour member's experiences during the war, be they battlefields, former encampments, air bases or fire bases. We both remained cautious, Bruce uncertain how he would feel being in Vietnam once again and I fearful of the unknown, Asia itself, the food and the possibility of illness

The two-week trip in 2006 immersed us in the mysteries of this Southeast Asian country, its culture, food, religions and, of course, the history of its thousands of years of conflict. We met a nation of friendly, hard-working people and discovered a stunning landscape and rich culture, all of which bore no resemblance to the war-torn landscape Bruce had experienced in the '60s and '70s. Gone were the constant sounds of artillery and skies filled with helicopters. Gone too were the convoys of military vehicles clogging roads and highways. In their place motorbikes buzzed and horns blared. Birdsong could once again be heard in the countryside.

We found modern-day Vietnam a study in contradictions: a Communist government and a capitalist economy; modern cities and dirt-poor villages; the prevalence of computers and cell phones juxtaposed against railroad crossing barriers still lifted by hand and water buffalo pulling single-bladed plows; and garbage-strewn streets in front of gilt-covered pagodas or high-end fashion shops.

We journeyed south to north through cacophonous noise and frantic traffic in urban areas and along miles of peaceful ocean shoreline. The Vietnamese greeted us warmly, and some shared our sorrow and tears during solemn rituals at the sites of helicopter crashes and fierce battles.  Somehow, as the miles disappeared in the dust behind our bus, the journey through the geography of Vietnam became a journey through the terrain of our hearts. The focus shifted from healing our own wounds to witnessing and embracing the suffering of those on all sides of the war.

At the end of this short, intense trip we knew that we would return to Vietnam to live and work with these people whose stoicism, endurance, acceptance, resilience and reverence for family and ancestors we had come to admire. We would go to serve, apply our skills and distribute generous donations from friends and relatives. Citizens of the world, we would reach beyond the boundaries of our cosseted North American lives.

By March, 2011, we had returned six times to Vietnam, calling our trips Journeys of the Heart. Frequent three-month visits have allowed us to build trusting and enduring relationships with the people with whom we work, and through them we have seen a Vietnam that few travelers see. We have heard personal stories of horror and suffering, tragedies of a war many would just as soon forget. Yet, through the intimacy of weddings, funerals, festivals and rituals our lives have been enriched beyond our wildest imaginings and as we age our world is growing, not shrinking. In addition, Bruce and I have had the opportunity to keep working and learning together. We bring home food for our souls, and ruminate on the forgiveness, love and joy in the lives of many Vietnamese who have few of our comforts.

Off the Beaten Track