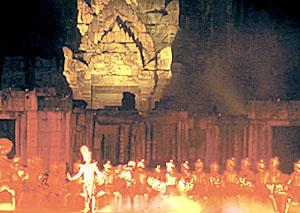 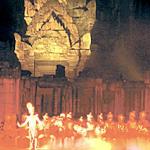 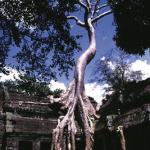 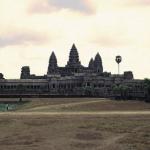 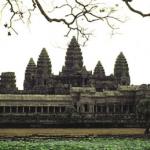 With the now excellent condition of the Korat Highway, the gateway to Isaan has become a viable weekend destination without the onset of traffic foul ups (excluding the annual pilgrimage to the Surin elephant round up and any over publicised eclipse).

For the uninitiated, Nakhon Ratchasima - Korat's easier, eh?, is exactly 250km from Bangkok and was created by merging of the towns of Khorakapura and Sema. This split personality still exists with the newer downtown area half of the city being within the city moats to the east. Korat is still a transient town with its major tourist purpose being the stopover for a visit to the Khmer ruins at Phimai.

Enroute travellers will wish to take in Pakchong for the dairy and beef farms, PakThong Chai for its fine silk weaving and even Khao Yai National Park for the long weekenders. Just before Korat is the pottery village of Lan Kwian so there is plenty to keep the cross section of interest alive.

However, Phimai is the real destination. The 12th century Khmer shrine really is a mini version of Angkor Wat. Its not really small which should give one an idea of the size of its big brother across the border in Cambodia.

It is the largest sandstone sanctuary in Thailand and has been magnificently restored and preserved as a historical park. Sound and light shows are now commonplace and the TAT have a regular schedule for interested parties. Loi Krathong is not surprisingly the better show and it is already rivaling Sukhothai for its spectacular performance.

The now famous Phimai boat races also take place at this time . A visit to the river in central Phimai town will also allow one a view of the Sai Ngam or beautiful Banyan Tree. It is the largest Banyan in Thailand and provides 15000 square feet of shade for those wanting to picnic or simply rest awhile.

An interesting side trip enroute to Phimai is Prasat Phanomwan an un-restored temple but as impressive as Phimai itself , although on a smaller scale. The bonus is that by visiting the temple, a short 10km sidetrip from Highway 2 between Korat and Phimai, one is able to pass through the knife making villages of Ban Long Thong and BaanMakha as well as find a wat with resident monks - and certainly less visited.

The term Isaan not only describes the people of this area but also the whole cultural range of food, architecture etc.. and is derived from the Sanskrit name for the Mon-Khmer kingdom of ISANA . this kingdom flourished in the pre-Angkor days and the remaining Lao-Khmer language and dialect of Isaan reflects that influence. The many temple features left by the Khmers include shrines in Surin, Buriram and up to the famous Wat That Phanom on the Laos/Thai border, with Angkor wat being the grand daddy of them all in the south.

The Isaan food is notably more pungent than the rest of the kingdom with such peppery dishes as som tam and kai yang being amongst the more known culinary delights. Glutinous rice is also a mainstay of the Isaan culture.

Even the music of Isaan rings a distinctive tone with instruments like the reed and pipes of the Kaen and the pin sung, three stringed lute. The Luuk Tung (children of the fields) song form is the popular rhythmic singing of the North East and is really the equivalent of country music in Thailand. It really has no connection to the classical music found outside of the Isaan plateau.

Thailands best silk comes from Isaan with Korat and Roi Et being the most renowned. Even so, the special "mud mee" silk product of Khon Kaen is worthwhile for those with an interest in weaving and fabric manufacture. As with Khao Yai, a visit to Khon Kaen really involves an extended weekend visit with Korat as the mainstay, but the university town has much to offer with its lakeside venue and national museum which includes ceramics from Baan Chiang. This provides a good alternative to making the full drive to the archaelogical site at Udon Thani.

The diversity of not only Isaan but of a simple weekend trip to Korat is obvious and its quite affordable. Major Hotels in Korat can be found at around bht 1800 per night and for those on a budget, clean and comfortable 2 stars can be had at around bht 800. If traveling all the way to Khon Kaen, be sure to check out the Sofitel, even if only for drinks. It's the new pride and joy of the town and an excellent place to relax after a hot day in the field.

The cultural attractions and the Isaan "difference" is now closer to the capital than ever before, so hit the highway