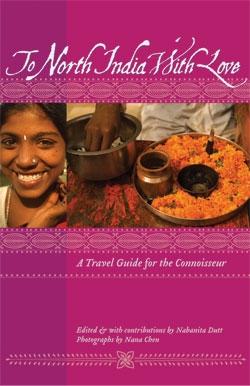 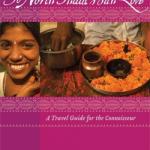 When it comes to my native cuisine, I confess I'm the stereotypical Bengali mama's boy. Like millions of other men, born and raised in the East Indian state of Bengal, I too believe that nobody can cook Bengali food as well as my mother.

As our food has always been a homemade cuisine, it was easy to hang on to this conviction. No accomplished chef with a sophisticated restaurant kitchen at his disposal had ever challenged my mother's dexterity with the khunti, that iron spatula used to cook Bengali food. That is, until Anjan Chatterjee-a fellow Bengali-decided to steal our mothers' best recipes and put them on the menu of a Bengali restaurant in Delhi called Oh! Calcutta.

Steal is a word I use advisedly to convey the outrage most Delhi-based Bengalis felt when we first heard of Oh! Calcutta's opening in 2006. I mean, who in their right mind would ever go to a Bengali restaurant, when the finest food was being cooked by our mothers according to traditional family recipes passed on by generations?

Well, I was wrong.

I loved Oh! Calcutta. It proved to be a culinary ode to our home cuisine. Anjan Chatterjee was presenting Bengali food as authentically as possible, without trying to reinvent anything. And Delhi residents were tucking enthusiastically into macher jhol (fish curry) and mochar ghonto (spiced banana flowers), dishes many of them had heard of but few had had the opportunity to taste.

My first experience of eating at Oh! Calcutta was a pleasurable combination of elegant surroundings, piped instrumental Bengali music, a friendly staff, and fabulously cooked food. The menu is pretty easy to negotiate because the items are broadly divided into everyday food and banquet food. There is also a selection of dishes that pleased the British palate and became popular with the sahibs (white men) who made Bengal their base during the era of British rule.

Fish is the undisputed royalty of Bengali cuisine, and emperor among them is hilsa. If you're a fish lover, you really must try this rich and flavorful seafood. Its silky meat falls right off the bones and literally melts in the mouth. Shorshey, a mustard marinade, is another Bengali specialty, which best showcases itself in Oh! Calcutta's prawn selections. Yet another favorite is a coconut-based dish we Bengalis make with prawns called malai curry. Coconut milk is not a common ingredient in Bengali cuisine, and one theory goes that the dish was brought back by laborers who had been sent to Malaysia to work on the rubber plantations. The malai in malai curry is merely a corruption of the word Malay.

I also recommend the mutton curries at Oh! Calcutta. Believe me when I say that mutton is something one should never attempt to eat outside of India. If you have had mutton elsewhere and hated it, give it just one more try at this restaurant. You'll change your mind. Until you leave India, of course. After that, you'll begin to hate it all over again.

As for those non-meat eaters, the menu is full of vegetarian options. If you're not averse to a bit of deep-frying, you might want to try the veggie fritters covered in crispy chickpea batter. Puts the best tempuras you have ever eaten firmly in the shade.

Wrap up your meal with a selection of Bengali desserts. Given how recently Bengal's food heritage has been "discovered" by the rest of the country, it is interesting that the desserts from this state have long been a pan-Indian delicacy. It isn't at all unusual to see passengers at Kolkata airport lugging huge clay pots full of mishti doi (jaggery-sweetened yogurt) onto flights as carry-on luggage. Bengal's variety of cottage-cheese-based sweet treats is probably the best India has to offer.

After almost two years of eating regularly at this restaurant and recommending it all to my friends, I recently had the opportunity to interview Anjan Chatterjee. I heard the passion of a crusader in his voice as he described ambitious plans to popularize his native cuisine. Anjan touched his heart to show me the place where Oh! Calcutta was born. And yes, he proved his credentials as a true-blue Bengali mama's boy when he confessed that the menu was inspired by the best Bengali cook in the world-his mother.

Oh! Calcutta
Oh! Calcutta is easy for a traveler to miss. It is in the bustling Nehru Place business district, far from the tourist trail. More confusingly, it is at the back of the InterContinental New Delhi Nehru Place hotel, but is reached without entering the hotel.
International Trade Tower
E-Block, Ground Floor
Nehru Place
New Delhi
www.speciality.co.in/calcutta.php