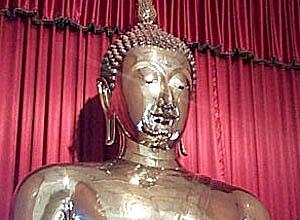 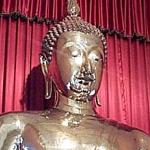 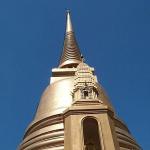 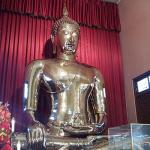 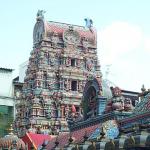 First time visitors to Bangkok taking a tour of the city always flock to see famous sites such as Wat Pho (Temple of the Reclining Buddha), Wat Phra Kaew (Temple of the Emerald Buddha) and Wat Arun (Temple of Dawn). These beautiful, glittering Buddhist temples, called wats in Thai, never fail to impress tourists of all nationalities. That trio of temples, though, is only the tip of the proverbial iceberg when it comes to Buddhist holy places located in Bangkok. Scattered throughout the city's vast concrete jungle are hundreds of dazzling temples of all ages and sizes. The following are ten of these other 'must see' sites, the 'best of the rest', if you will.

Wat Benjamabophit. Also known as the 'Marble Temple,' it was built about 100 years ago during the reign of King Rama V (whose ashes are kept in the base of the temple's largest Buddha image). Located on the corner of Sri Ayuthaya and Rama V Road, across the street from Chitlada Palace.

Wat Boworniwet. This is the official temple of Thailand's current monarch, King Bhumibol. His Highness and his son, Prince Vajiralongkorn, were both temporarily ordained here as monks. This temple is also the centre for the Thammayut Buddhist sect, residence of the Supreme Patriarch and site of Thailand's only Priest's Museum. Located on Boworniwet Road in Banglamphu, not far from Khao San Road (Editor's Note: Khao San Road website.)

Wat Ratchanadda. The focal point of this temple, built during the reign of King Rama III in the mid-19th century, is Loh Prasat, (iron monastery) an unusual multi-tiered structure with 37 metal spires. Adjacent to the temple is Bangkok's largest amulet market. Located near the intersection of Ratchdamnoen and Mahachai Road.

Wat Thammamongkhon. This relatively new temple, opened in 1993, is Thailand's tallest, sprouting a 95-metre high chedi. If you're not fond of steps, a lift will take you to the top. Inside the main pavilion is a 14-tonne Buddhist sculpture. Located east of town on Sukhumvit Soi 101.

Wat Traimit. Known as the 'Temple of the Golden Buddha', this wat houses a huge solid gold Buddha that weighs 5.5 tonnes. The ultra-shiny Buddha, estimated to be nearly 800 years old, was rediscovered in 1955 when stucco plastered over the image (to conceal it from thieves) cracked during transport to the temple. Located across from the Hualamphong Railway Station near Charoen Krung Road.

Wat Suthat. Inside this temple is an 8-metre high statue, said to be the country's most beautiful Sukothai-era Buddha image. Also of note are the colourful mosaic panels that tell the story of the Lord Buddha's life. Located next to Sao Ching Cha, the famous 'Giant Swing,' near the Democracy Monument on Ratchdamnoen Road.

Wat Saket. The centrepiece of this temple is a large chedi known as 'The Golden Mount.' This distinctive Bangkok landmark is situated on a man-made hill, providing nice views of the city. Located near Ratchdamnoen Road and the Khlong Saen Saeb Pier.

Wat Rakhang Khositaram. Located on the grounds of this temple is what was once the home of Rama I before he became King. Constructed during the mid-18th century, the wooden walls inside are decorated with many sacred paintings. Located on the Thonburi side of the river, off Arun Amarin Road.

Wat Kalayanamit. Also on the Thonburi side, not far from Wat Arun, this temple houses Thailand's largest 'Sitting Buddha' image. The huge bronze bell is also the biggest of its kind in the country. Located just off Thetsaban Sai 1 Road near Santa Cruz Church.

Wat Srimaha Umathewi. Known to most locals as 'Wat Khaek' (the Thai word used for natives of India), this temple is a fascinating Hindu structure. Built in the 1860s, the wat features colourful Hindu deities and a gold-plated dome. Located at the intersection of Silom and Pan Road.