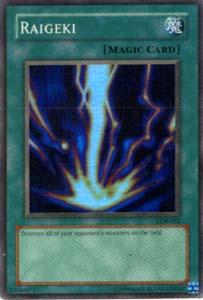 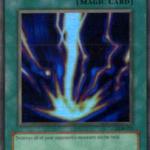 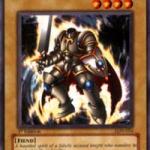 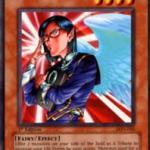 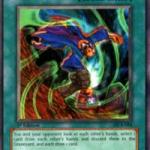 Breaker the Magical Warrior, Exodia the Forbidden One, Summoned Skull, Buster Blader. "What the heck are they?" you may ask. If you guessed that they are mythical heroes and villains, you may not be far off. These are just a few of the hundreds of characters in the Trading Card Game known as Yu-Gi-Oh. Originally a Japanese game, Yu-Gi-Oh has spread throughout the globe like wildfire, and is now the number one TCG in the world, having surpassed the reigning champion, Magic: the Gathering. Yu-Gi-Oh began as a Japanese comic book and television cartoon, but later migrated to other parts of the world. When it came to the U.S, America just latched on to it. More and more Yu-Gi-Oh cards and merchandise are being sold in the U.S, and because of its popularity, it has gained more and more steam, to become the most popular TCG in the world. If you would like to join the millions of people who play Yu-Gi-Oh, then read on!

The first thing you need is a deck. As a beginner, your best bet for a deck will be one of the four starter decks: Yugi, Kaiba, Joey, and Pegasus. Any one of them will work, but the cheaper, better, and easier-to-find ones are the Joey and Pegasus decks. Starter decks are made up of 50 pre-selected cards, and the cards in each deck will always be the same. The starter decks contain 47 common (non-holographic) cards, two super rares (shiny picture), and one ultra rare (foil picture and lettering). Don't expect to win every game you play when you're just getting started; starter decks are the bare bones basic decks, and you will need more cards from booster packs in order to make your deck better.

You can find Yu-Gi-Oh players almost anywhere. If you are at school, there are likely to be a few Yu-Gi-Oh enthusiasts to play with. Some card shops host open game days/nights, and others host tournaments, where you can challenge other players to win prizes. You can play at home, or go to a friend's house. With Yu-Gi-Oh being so popular, the likelihood is that you can find someone to play with almost anywhere.

Every starter deck comes with a rulebook, so if you ever forget a rule, you can look it up. The base of every deck is monster cards. Monster cards are a light yellow. Effect monster cards are a dark orange, in order to set them apart from normal monsters. (See photos 1 and 2 for examples of monster cards.) These are the cards that do the fighting; no deck is complete without plenty of monsters. Your deck should be about 1/3 to 1/2 monsters. Monsters are either summoned to the field or set on the field. When a monster is summoned, it is placed face up with the top of the card pointing towards your opponent. In attack position, it can attack your opponent's monsters or even his life points if he has no monsters. When a monster is set, it is placed face down on the field, pointing sideways.

Monsters have five main stats: level, type, attribute, attack, and defense. The level is the number of stars that are on the top of the monster card, below the title. Monsters level four or lower require no tributes in order to be summoned. Monsters five or six stars must have one monster sacrificed from the field in order to be summoned or set. With seven or eight stars, they require two sacrifices. More than eight, and you need three. Its attribute is its element. It is signified in the upper right corner of the card. The attributes are: light, dark, earth, fire, wind, and water. Different attributes are affected by different cards. The type is the word that is above the monster's effect/quote text. The types are: fairy, thunder, dragon, spellcaster, fiend, aqua, fish, sea serpent. pyro, warrior, machine, lizard, beast, and beast-warrior. Like attribute, type causes cards to be affected by other cards in different ways.

Monsters also have attack and defense. This is used for battles between monsters. When one monster attacks a monster that is in attack position, one of three things can happen.

When a monster attacks a monster that is in defense position, one of three things happens.

Some monsters have "flip effects," which means that when they are flipped face up either by an effect or by being attacked, the effect is activated.

Magic Cards (recently renamed Spell Cards)are a light green color. (See photo 3 for an example of a magic card.) There are five types of magic cards: normal, quick-play, continuous, equip, and field. Normal magic cards can only be played on your own turn. Quick-play magic cards can be activated anytime. They are signified by a tiny lightning bolt in the top right corner. Continuous magic cards can be activated only on your own turn, but the effect remains active until the card is removed from the field. They are set apart from other magic cards by the tiny infinity symbol in the upper right corner of the card. Equip magic cards are attached to a monster, and that monster gets whatever bonuses (or adverse effects) of the magic card. Equips have a small cross in the top right corner. Field magic cards are just like continuous magic cards, but they usually designate a certain type or attribute of a monster to power up. Some field cards affect non-monster cards, but most fields affect monsters. Field magic cards look like equips, but the lines are slightly wavy.

Traps are light purple. (See photo 4 for an example of a Trap card.) They have their own set of rules. There are three types of trap cards: normal, continuous, and counter traps. Traps must be set on the field for at least one turn before being activated. However, once the one turn has passed, they can be activated at any time. Normal traps are activated once and then they are placed in the graveyard. Continuous traps, like continuous magic cards, remain on the field after activation, and their effects remain as well. They have the same symbol as continuous magic cards. Counter traps must me activated in response to something, like an attack or the activation of a magic or trap card. These trap cards have a small arrow in the top right corner.

The standard way to purchase additional cards to enhance your deck is in the booster pack. Yu-Gi-Oh booster packs contain 9 cards, and there is always one rare card in each of them. The other eight are common cards that may or may not be good, depending on what your deck needs. Sometimes, you will find super rare, ultra rare, or even secret rare cards. However, your chance of finding a certain rarity is pretty low. Super rare cards come in one out of every six packs, ultra rares come in one out of every 12 packs, and secret rares are in one out of every 20 packs. You can also buy individual cards, but their prices are drastically higher than the packs that they come in. Booster packs are cheaper, but their contents are a gamble, and you could spend more money trying to get the card you want by buying only booster packs, but if you buy booster packs, you could find a different card that you wanted in one of the packs. So in some ways, either option can be good.

I hope this article has aided you in learning the rules and regulations of the card game Yu-Gi-Oh. To learn some useful strategies, see my next article: Advanced Yu-Gi-Oh Strategies. Good luck, and have fun.