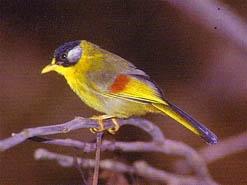 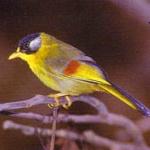 created by
All Thailand Experiences. and "Welcome to Chiang Mai & Chiang Rai" Magazine.

A booklet with bird checklist is provided for our clients. Although printed in 1989 by Mahidol University, it is quite complete.

For information on recent sightings we always check with Mr Dang at the Birdwatching Center and have coffee and breakfast in the morning before we start.

BIRDS OF DOI INTHANONOf the total of 382 species of birds so far known from Doi Inthanon, at least 266 species are resident or were formerly resident on the mountain. The status of a further 12 species is unclear, but breeding is suspected in many of these. The remainder ( 104 species) are nonbreeding winter visitors or passage migrants.

If the known distribution of species is examined in relation to ecological zone, it can be seen that by far the highest species total has been recorded in the moist, tall hill evergreen forest lying between 1500 and 2000 meters (Zone 2). While this may be partly due to coverage (some other vegetation types, for example, pine forest, are less frequently visited by birdwatchers and certainly support a few more species than recorded here) this nevertheless does appear to accurately reflect the real differences in bird species diversity among these various zones. The small area of hill evergreen forest above 2000 meters (Zone 1), has probably been covered even more intensively than Zone 2 and although it supports a number of rare and local high elevation species which are not found elsewhere, it yet supports fewer species overall than does Zone 2.

A surprisingly large total (139 species) has been recorded from deforested areas and cultivation above 1000 m (Zone 4). However, only 59% of the species in this zone are resident, compared with 78% in Zone 2. Fewer species still have been recorded from the deciduous habitats (Zones 6 and 7).

The Ashy-throated Leaf-Warbler is found nowhere else in Thailand while an endemic race of the Green-tailed Sunbird (Aethopyga nipa/ensis angkanensis) is also completely confined to the summit of Doi Inthanon. Both species are among the more abundant birds found around the summit of the mountain.

Doi Inthanon comprises some of the tallest and best preserved montane forest found anywhere in the entire country. The predominance of massive, huge-boled trees may be of particular significance for trunk-foraging species such as the Brown-throated Treecreeper. The profusion of epiphytes and the lush, moist understorey also contribute to the great variety of foraging niches for small, insectivorous birds.

Many larger birds, such as the White-winged Wood-Duck and most hornbills, have probably been extirpated due to hunting pressure. Great Hornbills were last reported by Dickinson (1964) and although a single Rufous-necked Hornbill (a species which is threatened throughout its world range from the Himalayas across to Northern Indochina) was reliably seen as recently as 1986, it is however, appear to have fared better: Black Eagle, Rufous-bellied Eagle and Mountain Hawk-Eagle are all frequently seen. Although both galliformes and pigeons have also suffered adversely from illegal hunting, some species are still fairly common .

BIRDWATCHING ON DOI INTHANONSince most visitors will approach Doi Inthanon along the road from Chom Thong, we describe the route as it ascends the mountain, point out those habitat features of particular interest and suggest which bird species to look out for.

How to make Thai Chicken and Galangal Coconut Cream Soup